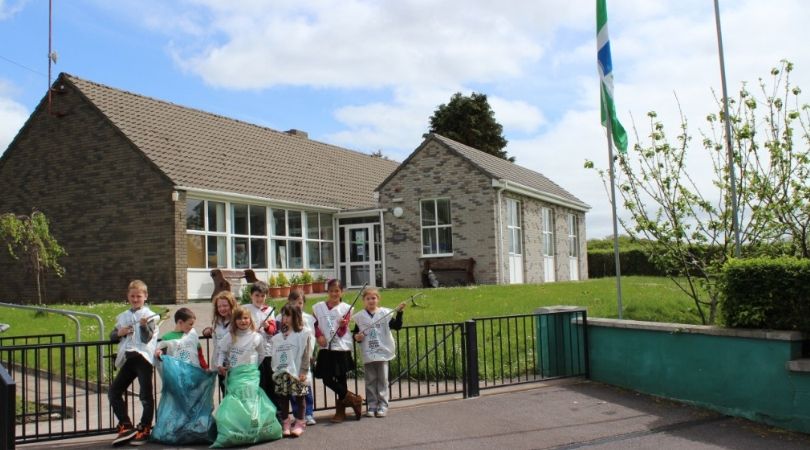 Pupils of Tahilla National School cleaning up their neighborhood.

DUBLIN (ChurchMilitant.com) Three schools in Ireland will make history this week by becoming the first to cast aside their Catholic ethos and become multi-faith state-run schools.

The primary schools will no longer prepare children for the sacraments of Holy Communion and confirmation but will offer a multi-belief and values program in place of Catholic instruction.

The seismic change comes in an effort to survive and become more inclusive, as well as to gain more state help for staffing, IT and building maintenance.

Three primary schools will no longer prepare children for the sacraments of Holy Communion and confirmation.

The schools hope to retain and draw pupils from Ireland's growing number of atheists, agnostics and children of immigrants, which is currently 17% of the population.

The three small primary schools — Lecarrow in County Roscommon and Tahilla National School and Scoil an Ghleanna in County Kerry — will reopen for the new term Thursday under the umbrella of local education and training boards.

"Catholic families have contributed to their schools over the generations to ensure that their children are brought up in the Catholic faith. Making these Catholic schools into multi-denominational schools is a betrayal of this sacrifice across the generations," he stressed.

Donnelly agreed that "the recent Irish referenda that voted for the legalization of gay pseudo-marriage and the murder of babies in the womb through abortion show that Catholic schools in Ireland have failed in their primary responsibility of handing on the Faith."

"Maybe it would be more honest to remove the title 'Catholic' from all of our schools. But better than this, Catholic schools should recommit themselves to unashamedly teaching the Faith in all its truth," he remarked.

However, local parish priest Fr. Patsy Lynch, who supports the move, says that the change was a result of community consensus.

"A suggestion box was placed in the church and one of the suggestions was to perhaps go down that road of patronage under somebody else other than the Catholic patronage because there are some parents who would like to send their children to a school but they were not interested in sacraments," said Fr. Lynch.

Lynch, who was heavily involved in the consultation, believes that the move will strengthen Catholicism locally.

"A lot of priests in active ministry in Ireland will tell you that they are not happy with sacramental preparation taking place in the schools," he said.

"They feel it should be taken out because parents are not as involved as they should be. This is what the community wanted and I was happy to facilitate that process," he added.

Preparation for the sacraments will now take place outside of school hours.

The principal of Scoil an Ghleanna, Sorcha Ni Chatháin, said the school was compelled to make the change because one-third of the pupils were non-religious.

We live in a multi-cultural society. It's really the way things should be going.

"We needed to look at how we were going to keep pupils, and entice others. We are a beautiful school in the most stunning location, and now we can show — formally, on paper — that we are all inclusive," she commented.

Speaking on radio, she confirmed the schools would not be non-denominational but would be multi-denominational and all the beliefs of the pupils would have "equal value."

She said the schools would switch to the "Goodness Me, Goodness You!" (GMGY) curriculum, which was set up "to cater for all faiths and none" and includes the commitment "to respect, celebrate and recognize diversity in all areas of human life."

Julia Clarke, originally from Liverpool, has two sons attending Scoil an Ghleanna. The family is not religious and her children did not participate in religion classes at the school.

"Especially in a small school it would have been obvious to them that they were different. It might have made them feel excluded," she said. "Now it's perfect. It's validating for them."

Scoil an Ghleanna parent Julianne McGillicuddy said it was important for her children, who are both Catholic, to see that no one would ever be excluded because of their religion.

"We live in a multi-cultural society," she said. "It's really the way things should be going."

A wave of social liberalization resulting in a high degree of approval of same-sex marriage and abortion has swept Ireland's conservative Catholic tradition. Ireland's prime minister, Leo Varadkar, the son of a Hindu immigrant, is gay. Attendance at Catholic services has declined as clergy sexual abuse scandals have engulfed the Church.

A fourth school, Kilnamanagh National School in Oulart, Wexford, will drop its Protestant ethos to come under the patronage of the Waterford and Wexford Education and Training Board.

Although the schools are very small, the move could trigger off an avalanche of non-religious parents calling for more schools to give up their Catholic ethos.

Church Militant contacted the Irish Catholic Bishops' Conference for comment but has not heard back by press time. 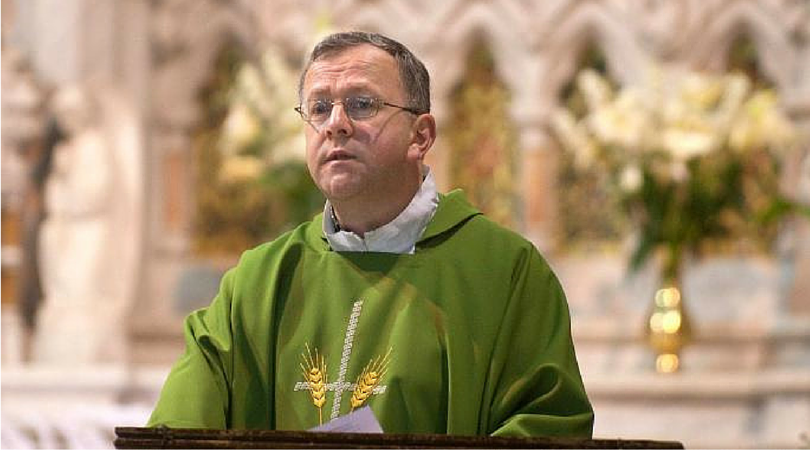