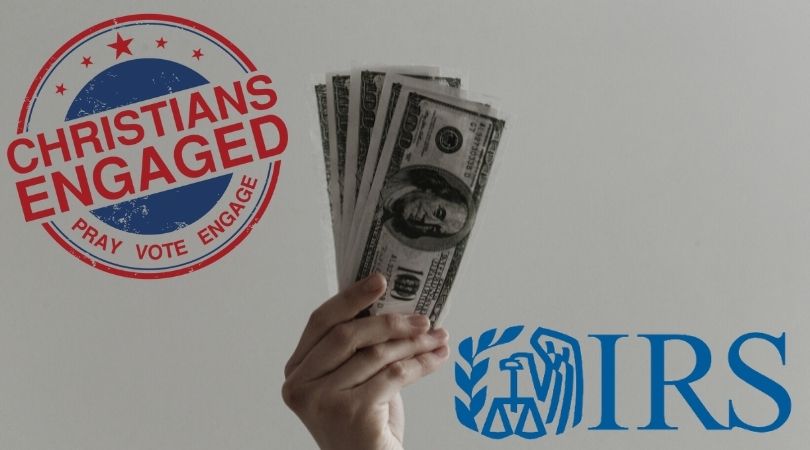 GARLAND, Texas (ChurchMilitant.com) - Christians Engaged, a nonprofit engaged in educating Christians on political issues, was deemed ineligible for tax-exempt status by the IRS because, according to the government tax agency, "Bible teachings are typically affiliated with the [Republican] Party and candidates."

Christians Engaged submitted its application in 2019, which IRS exempt organizations director Stephen A. Martin ultimately denied in a May 18 letter. He contended the group "engage[s] in prohibited political campaign intervention" and "operate[s] for a substantial non-exempt private purpose and for the private interests of the [Republican] Party."

The First Liberty Institute, a nonprofit public interest law firm, has filed an appeal of the decision on behalf of Christians Engaged that will be heard in a yet-unscheduled administrative hearing.

In a press release last month, attorney Lea Patterson of First Liberty stated, "Only a politicized IRS could see Americans who pray for their nation, vote in every election and work to engage others in the political process as a threat. The IRS violated its own regulations in denying tax-exempt status because Christians Engaged teaches biblical values."

First Liberty wrote in its appeal that Stephen Martin erred in his disposition of the application, contending that the IRS has invented an unprecedented requirement that tax-exempt organizations should be neutral on public policy. According to First Liberty, the novel standard "violates the First Amendment's Free Speech ... Free Exercise, and Establishment clauses," essentially codifying religious discrimination and viewpoint discrimination.

Christians Engaged was incorporated as a nonprofit in 2019 in Texas. It was "formed exclusively for charitable, religious, educational or scientific purposes." According to the group, it "provides nonpartisan religious and civic education, focusing on encouraging and educating Christians to be civically engaged as a part of their religious practice."

The group's mission statement avers that it exists to encourage Christians to "Pray for the nation regularly. Vote in every election to impact the culture. Engage hearts in some form of political education or activism for the future of the nation. Strive to educate Christians on the importance of prayer, voting and engagement in a non-partisan manner."

Christians Engaged: "Godless worldviews ... could replace everything that we stand for"

The IRS denial states that the group educates Christians to become active "in areas of the sanctity of life, the definition of marriage, biblical justice, laws versus lawlessness, freedom of speech, religious liberty, government and business ethics, human trafficking, fiscal responsibility in government budgeting, defense, borders and immigration, U.S. and Israel relations." The letter reasoned that because biblical teachings often overlap with conservative, Republican positions, "this disqualifies you from exemption under IRC Section 501(c)(3)."

Bunni Pounds, the founder and president of Christians Engaged, is a motivational speaker and political consultant who ran as a Republican in the 2018 congressional race in the 5th District of Texas. She lost in the Republican primary. In a video that appears on the group's website, Pounds says:

There is an awakening going on in America. Ordinary believers in the body of Christ are coming alive. A fire is happening in their hearts, and we have to do something in this hour of history for our nation. There are many Christians standing on the front lines of the battle, putting themselves out there as candidates in our city, state and country. And they need the support of believers in Christ to actually educate themselves on who's running and what's going on in our nation.

"I saw this with a sense of amusement because you could hardly make this up. It's textbook bias on behalf of the Biden administration of a type that is even more aggressive than what we saw under the Obama administration toward conservative Christian thinkers," he marveled.

In 2010, the IRS scrutinized applications for tax exemption at the time that so-called Tea Party groups were organizing. Following an easing of the rules for tax-exempt groups to engage in politics, groups filed for tax-exempt status as 501(c)(3) charities, which allowed them and donors to receive tax write-offs. Controversy swirled when IRS admitted it had targetted groups bearing the name "Tea Party," prompting conservatives and Republicans to cry foul.

IRS official Lois Lerner was forced out, and Congress called for the impeachment of IRS Commissioner John Koskinen. In 2017, the IRS settled with dozens of conservative groups to which it expressed "its sincere apology" for the mistreatment, while in a second case the federal government reached a "substantial financial settlement" with dozens of other conservative groups.

Professor Morse, an expert in taxation and an advisor to the nonprofit public policy law firm Thomas More Society, told Church Militant the IRS assertions are "patently untrue." By appealing the initial ruling to the IRS, Morse said that Christians Engaged would eventually receive a final review and decision by IRS. "That's the ticket to litigate," he said.

Referring to the IRS letter to the group, Morse said, "The rationale he offers is rather specious. Just because a religious belief or position happens to align with the Republican Party does not mean that it's still not an exercise of a valid religious position."

There are currently no pro-life Democrats. Republicans are the only party interested in pro-life issues. Suppose an organization advocates in the public square for pro-life principles. That's a valid charitable activity. They're motivated by a religious belief that happens to overlap with the political ends of one of the political parties. That's different from saying 'we only support Republican candidates' or 'I'm going to make candidate decisions for specific political parties in the next election.' There are constraints on what charitable organizations do and the extent to which they're able to speak in purely political tones. But you can clearly advocate for all those issues and the importance of biblical values.

In the appeal to the IRS, attorney Patterson observed, "In sum, Director Martin's conclusion that Christians Engaged engages in political campaign intervention relies on the mistaken assumption that an exempt organization may not engage in issue advocacy." 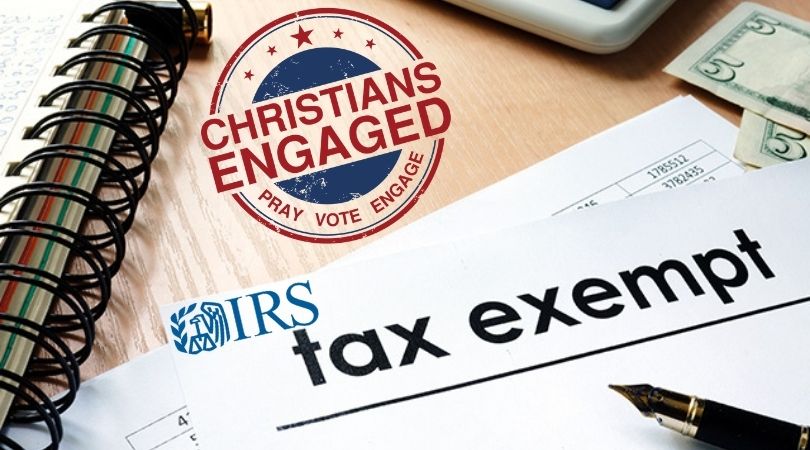