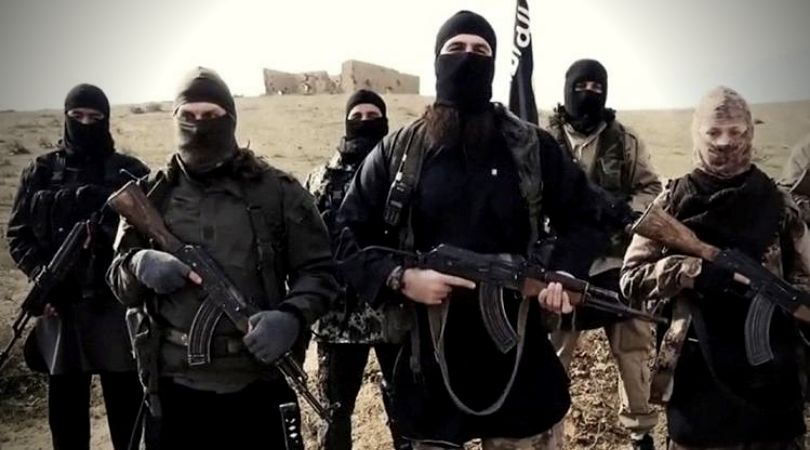 On April 28, 2020, the United States Commission on International Religious Freedom (USCIRF) launched its annual report detailing violations of the right to freedom of religion in 29 countries.

USCIRF is an independent, bipartisan federal commission created by the 1998 International Religious Freedom Act (IRFA). It aims to monitor the implementation of the right to freedom of religion or belief around the world, following "international law" standards (as per the Universal Declaration of Human Rights and the International Covenant on Civil and Political Rights).

USCIRF makes policy recommendations to the United States president, the secretary of state and Congress. It was given teeth under President Trump, who threatened to take action against religiously intolerant countries.

The 2020 report designates the following as "countries of particular concern":

And some of the countries on the United States' "Special Watch List" are:

A pattern is emerging. After all these years of the world treating Islamic countries with kid gloves, as a benign religion (with the pope even lauding it as peaceful and nonviolent), note well that the main perpetrators of religious intolerance and murderous persecution in all the world are, by and large, Muslim.

More Christians are being killed in our times than in all the previous ages, even during the Roman persecutions.

Recall how this led Pope Benedict XVI to declare that more Christians are being killed in our times than in all the previous ages, even during the Roman persecutions.

Remember that President Obama, after the first days of the bloody attacks and murders of unarmed Christians in Nigeria (attacks which have never stopped and have become more and more violent to this day) forbade the Nigerian government from attacking the Islamists.

The Koran instructs Muslims to kill Christians who refuse to convert or refuse to accept dhimmi subjugation to Islam and the jizya tax. But we know the truth. The Christians know the truth. History is just repeating itself. Our Christian brothers were abandoned by the West before Trump came along. Remember what Our Lord said: "You will be hated on account of My name."

Minnesota has a large Somali community, which is predominantly Islamic, due to Obama's efforts to bring the demographic together in one place in order to elect a member of Congress — Ilhan Omar. She is a prominent spokesman and apologist for Islam in this country. Her words, full of hate, have had nationwide repercussions. She has never opposed Islamic terrorism, oppression of Christians in Islamic countries, or even female genital mutilation, which she most likely suffered.

But there have been Christian martyrs in Somalia, such as Bp. Salvatore Colombo, who was assassinated at the Mogadishu cathedral on July 9, 1989.

Indeed, there are many Catholics who have been killed in Christian-hostile Somalia. The first martyrs were two French Capuchins. In 1889, these early missionaries to Zeilah (in present-day Somaliland) were massacred by Somalis while setting out to travel to Harar in Ethiopia. They were 33-year-old Rev. Fr. Ambrose Potier from Serrières (diocese of Poitiers) and 47-year-old Br. Etienne Raynes from Étoile.

In early 1991, soon after Somalia was supposed to have been evacuated by all the "foreigners," Fr. Pietro Turati, who had made the decision to remain, was gunned down in front of his church at Jelib. He was a Franciscan, like Bp. Colombo, and was working with Msgr. Giorgio Bertin, OFM, who was appointed apostolic administrator after the murder of Bp. Colombo.

In 1993, Sean Devereux, a Salesian volunteer, was shot in the back while working in Kismayo. Maria Cristina Luinetti, a Red Cross nurse working in a hospital in Mogadishu, was targeted and murdered at close range by a Muslim gunman — also in 1993. Graziella Fumagalli, a doctor, was shot in the face at a hospital in Merca in 1995. Annalena Tonelli was shot in 2004, after 30 years dedicated to ministering to Somalis suffering from tuberculosis and AIDS.

In 2006, Sr. Leonella Sgorbati, a nursing teacher of the Consolata Sisters, was machine-gunned down by Muslims in Mogadishu. She was beatified on May 26, 2018.

Notice how many of these murder victims are women. It is unthinkable for those brought up in Judeo-Christian civilization to target and kill women, but Muslim societies routinely tolerate such barbarism.

There are many brave soldiers who have forfeited their lives trying to help Somalia regain the peace it knew under British and Italian rule. And the foregoing represent but a sample of the thousands and thousands killed in the name of the violent and irrational ideology that is Islam.

The names of the Somali Christians murdered by their Muslim compatriots are legion. Hundreds have been identified, rounded up and massacred for their faith in Jesus Christ.

For Somali Christians, to stay alive is easy: They "merely" have to renounce Christ. But they have preferred to die by the hundreds rather than betray the Son of God. It is the right choice — they have chosen an eternal life with God, forever in His love, rather than the lies and fleeting carnal pleasures of Islam, which give way to the fires of perdition.

Let us pray for the Christians in Somalia and that Minnesotans open their eyes to the danger of stateside and international Islamic activism.

I honor Fr. Nicholas VanDenBroeke, the auxiliary priest of the Immaculate Conception parish in Lonsdale, Minnesota, who courageously warned his congregation about the dangers of Islam, "the greatest threat to Christianity." The good priest was obliged by the archbishop to apologize to the Islamic community for his words.

What would Pope St. Pius V (who organized the naval battle against the Turkish invasion of Europe), the valiant King Sobieski of Poland (who saved Christian civilization from the Muslim invasion on the first Sept. 11), the saintly kings Louis IX of France and Ferdinand of Castile, as well as the great many Catholics who've laid down their lives to save Christendom from Islamic invasion, say about the archbishop of St. Paul and Minneapolis?

I am certain they would praise the courage of Fr. VanDenBroeke, a true pastor of souls, who warned the sheep entrusted to his care against the wolves. As to the "apology" to the wolves that was forced on him by the archdiocesan shepherd, I urge you to render your own judgment.