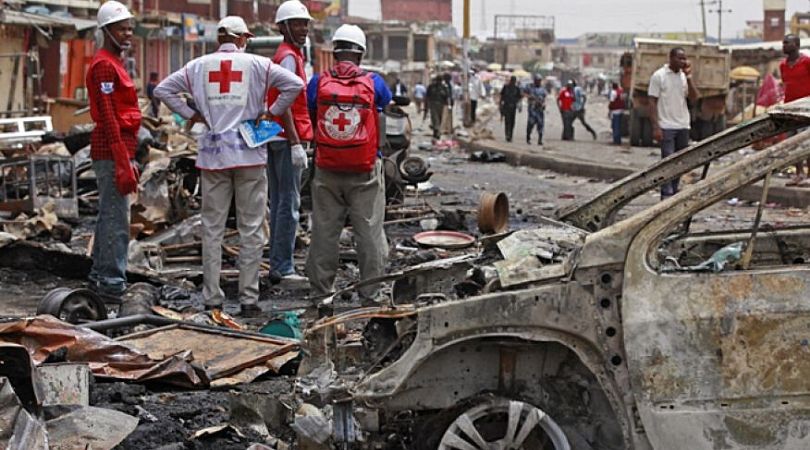 'Silence on religious persecution is a form of complicity'

FADUMA KOLORAM, Nigeria (ChurchMilitant.com) - Islamist militants have murdered dozens of men, women and children in a village in northeastern Nigeria.

The June 9 attack resulted in the murder of at least 81 villagers. Several others, including women, children and the village leader, were abducted from the community, according to a CNN report. The entire settlement was razed.

The terrorists arrived in armored tanks, vehicles filled with guns and on motorcycles, shooting AK-47s at the villagers, according to a statement issued by the state of Borno. The terrorists proceeded to steal the villagers' cattle and camels. Details of the assault were also corroborated by a village survivor, a Civilian Joint Task Force (CJTF) member and a soldier.

President Trump's order effectively put the persecution of Christians and other religions "on the front burner," Nigerian bishop Matthew Hassan Kukah of Sokoto told the National Catholic Register, a move the bishop says is especially welcome "in the face of the crippling secularism that is trying to push religious identity to the sidelines."

The terrorists arrived in armored tanks, vehicles filled with guns and on motorcycles, shooting AK-47s at the villagers.

Nigeria has suffered years of Islamist attacks. In one of the most recent incidents, in December, 10 Christian hostages were beheaded, allegedly in retaliation for the death of Abu Bakr al-Baghdadi, the Iraqi-born leader of the Islamic State of Iraq and the Levant (ISIS), killed by U.S. forces in October.

Religious and ethnic conflict in Nigeria has resulted in the death, abduction and displacement of millions of Christians, chiefly women and children, according to Save the Persecuted Christians (STPC), an organization describing itself as "a grassroots movement to save lives and save souls."

"Northeast Nigeria and the Middle Belt region have become a bloodbath and Christians are most at risk," Laugesen said.

We believe, based on the example set in Sudan, that America can once again lead the international community's diplomatic intervention to stop the genocide with the presidential appointment of a U.S. Special Envoy to Nigeria.

"Boko Haram, which means 'Western education is forbidden,' has left more than 30,000 dead, more than 900 churches destroyed and has displaced over 2 million people since 2009."

"We believe, based on the example set in Sudan, that America can once again lead the international community's diplomatic intervention to stop the genocide with the presidential appointment of a U.S. Special Envoy to Nigeria," Laugesen asserted.

To that end, STPC has established a petition to President Trump asking to appoint a special presidential envoy to stop the killing of Christians in Nigeria, explaining:

As Africa's most populous nation and largest economy, Nigeria is crucial to the stability of Western Africa and Europe. Rising violence and terrorism committed by Boko Haram, ISWAP and Fulani militants throughout the country threatens stability and the lives of thousands, and U.S. interests on the African continent, which is why we are requesting the immediate appointment of a presidential special envoy to address the atrocities in Nigeria and potentially prevent yet another global humanitarian crisis.

Laugesen agreed, putting it this way: "Many faith and community leaders charge the federal government, which is dominated by ethnic Fulani leaders and other Muslims, has failed to eradicate the violence or provide aid to its victims. Many also believe military and security commanders are complicit in the violence."

Why is the world silent while Christians are being slaughtered? Good people must join together and stop this.

Showcasing the importance of the petition as well as the complicity of good people staying silent about such attacks, STPC quotes World Jewish Congress President Ronald S. Lauder on its website:

Why is the world silent while Christians are being slaughtered? Good people must join together and stop this ... It's not as if we are powerless. I write this as a citizen of the strongest military power on earth. I write this as a Jewish leader who cares about my Christian brothers and sisters. The Jewish people understand all too well what can happen when the world is silent. This campaign of death must be stopped.

"The American churchgoer needs to do what the community did for Darfur in the early 90's — set aside political considerations — and stand firmly in the defense of religious freedom abroad. Religious freedom is not a Republican or a Democratic issue — it is a human rights issue — just ask those who suffer abroad," Arriaga added. 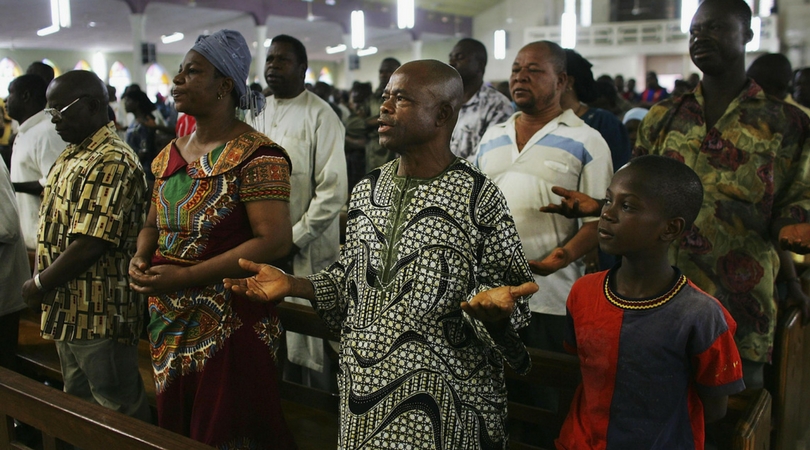