SYDNEY (ChurchMilitant.com) - A rugby player canned for opposing homosexuality is pushing back with a multi-million-dollar lawsuit.

Fullback Israel Folau was fired from professional rugby in May after an independent panel determined his social media posts sharing Bible verses were prejudiced against gays.

Folau and his attorneys filed an unfair dismissal complaint with the Fair Work Commission (FWC) on June 6 accusing Rugby Australia and the New South Wales Waratahs of breach of contract.

According to their complaint, the athlete and his legal counsel are seeking "substantial remedies from his former employers should they be found to have breached the Fair Work Act in terminating his employment."

Folau is seeking up to 10 million Australian dollars (about $7 million U.S.) in damage. His legal team argues in the FWC application, "The termination has cost Mr. Folau the best years of his rugby career, participation at the Rugby World Cup, the chance to become the greatest Wallaby try-scorer (a decades-old record he was likely to break), and the associated exposure and opportunities."

The document goes on to say, "As well as around $5 million in lost salary, Mr. Folau will claim in respect of the loss of these opportunities (renewal of contract, sponsorships, etc.)."

In addition to his contract being terminated, Folau also lost lucrative sponsorship deals from companies such as sportswear brand Asics.

Folau was canned from the Wallabies at the peak of his career, his attorneys are arguing, because of his religious beliefs. They argue in the FWC complaint paperwork that "as a manifestation of Mr. Folau's religion, he is compelled to communicate the word of God and the message contained within the Bible (Biblical Teachings)."

The former rugby player declared in a recent statement, "I will forever be grateful and proud to have played the sport I love for our nation."

"Ours is an amazing country built on important principles, including freedom of religion," Folau continued. "A nation made up of so many different faiths and cultural backgrounds will never be truly rich unless this freedom applies to all of us."

He went on to state, "No Australian of any faith should be fired for practicing their religion."

No Australian of any faith should be fired for practicing their religion.

If Folau wins the FWC complaint, the multi-million fee could push Rugby Australia into bankruptcy. The organization is already predicted to face an $8 million deficit in the upcoming fiscal year.

Rugby Australia responded to news of Folau filing the complaint in a statement, saying, "It is important to make clear that Rugby Australia and NSW Rugby did not choose to be in a position where they are forced to divert significant resources to defend the ongoing legal action taken by Israel, but his action leaves the game with no choice."

As a sport that is proud of the values of inclusion, passion, integrity, discipline, respect and teamwork that underpin our game globally and our Code of Conduct, we will defend those values and the right for all people to feel safe and welcome in our game regardless of their gender, race, background, religion or sexuality.

Those that are living in Sin will end up in Hell unless you repent. Jesus Christ loves you and is giving you time to turn away from your sin and come to him. _______________ Now the works of the flesh are manifest, which are these , adultery, fornication, uncleanness, lasciviousness, idolatry, witchcraft, hatred, variance, emulations, wrath, strife, seditions, heresies, envyings, murders, drunkenness, revelings, and such like: of the which I tell you before, as I have also told you in time past, that they which do such things shall not inherit the kingdom of God. Galatians 5:19-‬21 KJV _______________ Then Peter said unto them, Repent, and be baptized every one of you in the name of Jesus Christ for the remission of sins, and ye shall receive the gift of the Holy Ghost. Acts 2:38 KJV _______________ And the times of this ignorance God winked at; but now commandeth all men every where to repent: Acts 17:30 KJV _______________

Rugby Australia summoned a three-person independent panel to determine whether Folau had violated the code of conduct, and if so, what his punishment would be. The panel ruled that Folau was in grave violation of Rugby Australia's code of conduct; and on May 17, the panelists ruled Folau's four-year contract would be terminated.

They had the options of fining or suspending Folau, but chose to terminate his four-year, $4 million contract because the fullback has doubled down on his "homophobic" posts instead of deleting them and apologizing.

Folau has come under fire in the past for comments about homosexuality made on social media.

In April 2018, an Instagram user asked Folau what he thinks God's will is for gay people. The rugby player replied, "HELL... Unless they repent of their sins and turn to God."

There was uproar in Australian and British media in the wake of the rugby star's comment.

Australia's parliament voted overwhelmingly to legally recognize same-sex "marriages" in December 2017. The parliament's decision came after a popular referendum showed that the majority of Australian citizens were in favor of gay "marriage." 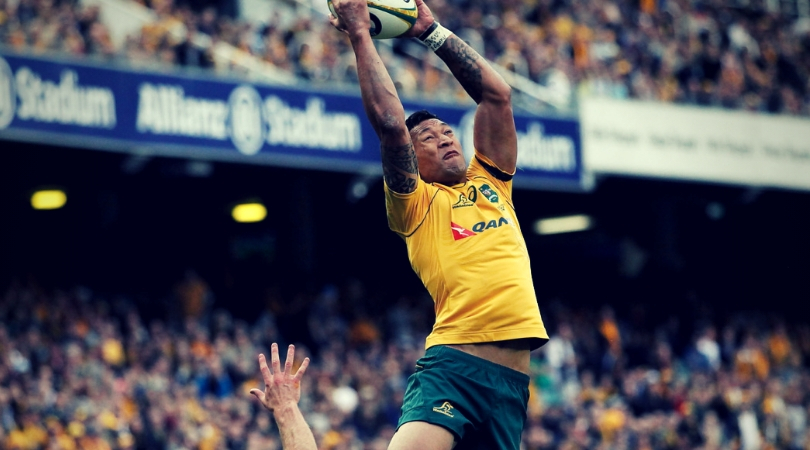