MILAN (ChurchMilitant.com) - Italy's largest seminary has become the first educational institution in the country to force mandatory vaccination and is threatening to expel seminarians if they are not vaccinated by September 12.

In a letter, rector of Milan's Venegono Archiepiscopal Seminary Fr. Enrico Castagna ordered all seminarians: "You must all be vaccinated before returning from holiday."

The COVID-19 vaccine is a conditio sine qua non ("condition without which not") for the 120 seminarians who are training for the priesthood in Italy's largest archdiocese.

Vice rector Fr. Michele Galli justified the directive to The Daily Compass, noting the goal was "to return to a more serene life," and seminary authorities would consider only medical and not moral exemptions.

"If the reasons are more of an ideological nature, well, I don't know, we haven't discussed the issue yet, but I don't think they will cause any problems," Galli remarked, claiming no one had so far raised any objections to the draconian mandate.

Galli said compulsory jabs would enable the seminarians to "use the classrooms and common areas without wearing masks, since the school decree allows classes that have completed the vaccination cycle to be exempt from wearing masks."

Italy's health ministry has drafted a safety protocol for the new school year that exempts classes from a mask mandate only in cases where everyone in the classroom is vaccinated.

Critics have warned the policy will lead to bullying children who are unwilling or unable to get vaccinated and will become a punishment for unvaccinated children, even though it has been presented as a reward.

These are the same manipulation techniques that communist regimes used in campaigns of forced land collectivization: pushing poor peasants against rich ones by punishing the whole village if crop quotas were not respected. In the People's Republic of China, collective punishment also fell on villages where women (even a single woman) gave birth to more than one child.

"The state decree regarding schools and universities has guided us," Galli noted. "The decree does not mention religious communities, so we had to make our own provisions."

Galli said the decision was not made in consultation with Milan's archbishop Mario Enrico Delpini, but "taken independently as a seminary council."

"But, on the other hand, we also feel encouraged in this decision by the statement from the Congregation for the Doctrine of the Faith (CDF), which expressly encourages vaccination," the vice rector maintained.

The CDF statement, however, explicitly states "vaccination is not, as a rule, a moral obligation and ... therefore, it must be voluntary."

These are the same manipulation techniques that communist regimes used in campaigns of forced land collectivization.

In the Lent issue of the seminary magazine, rector Fr. Castagna even penned an editorial titled "The Vaccine: Our Easter Hope."

Meanwhile, the bishop of the diocese of Tempio-Ampurias in Sardinia has written to his priests and deacons instructing them to ban parishioners from attending Holy Mass if they are not in possession of Italy's newly introduced "Green Pass" vaccine passport.

In a letter dated Aug. 18, Bp. Sebastiano Sanguinetti claimed that "vaccination being the only remedy to defeat the virus, it is a duty of all to get vaccinated."

"All those in the church who provide services to the community" including "priests, deacons, catechists, instructors, group leaders and various ministers have an obligation to get vaccinated," he stipulates. [emphasis in the original]

Even though Italy's government has not made the Green Pass compulsory for church attendance, Sanguinetti writes: "To be able to carry out any of the aforementioned services it is obligatory to obtain the appropriate Green Pass."

The Green Pass, according to Sanguinetti, is "an obligation of the parish" even for "visiting priests and ministers" and the "absence of this requirement inhibits the execution of any community service."

In the People's Republic of China, collective punishment also fell on villages where women (even a single woman) gave birth to more than one child.

"As citizens of this country, we Catholics are obliged to follow the laws. As Catholics, the protection of our health and the health of our fellow man is a duty of charity," the bishop explains.

In early August, the Vatican introduced the Green Pass for entry to its museums located in sovereign Holy See territory. Days later, the passport was made compulsory for Vatican workers who wished to eat in the canteen with only medical and no religious exemptions being granted.

As companies all over Italy introduce vaccine passports as a precondition to dining in the canteens, trade unions are warning that tensions could rise when workers return in full strength in September.

Swedish furniture giant IKEA was shamed across Italy this week when pictures of unvaccinated staff in Piacenza sitting outside the warehouse on the floor to eat went viral on social media.

Over 5 million workers have not been vaccinated, and unions say the vaccine apartheid is illegal as the extension of the Green Pass to office canteens was achieved by citing questions and answers in parliament and not by a written decree.

"The canteens are a workplace and are protected by employment contracts; we will never accept any inequality of treatment between workplaces and canteens," a press release from three of Italy's largest unions said.

"We deem unacceptable the lack of regulatory clarity and the confusion generated by government communication in the absence of clear measures, with the risk of generating disputes, discrimination, differences in treatment on such delicate matters," it added. 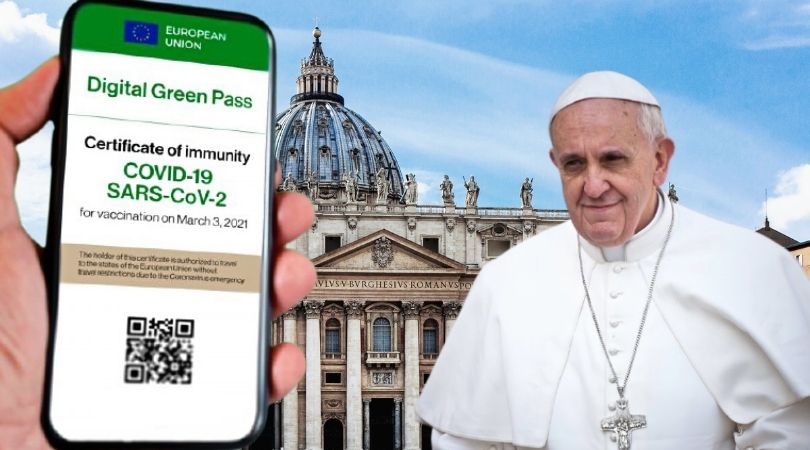