So says former Vatican theologian Msgr. Nicola Bux, who on Monday said, "Who would bring a plate of soup to the table in latex gloves? It would create suspicion among those eating. So why be surprised by the faithful who are outraged by this treatment of the Eucharist?"

In Italy, it is now a requirement for priests to wear gloves after Italian bishops released the guideline in their Data Del Protocollo letter, released on May 7 — a guideline some Italian Catholics believe was approved under pressure from the Italian state, including Prime Minister Giuseppe Conte.

The document mandates the Eucharist can only be distributed after "the celebrant and any extraordinary minister have taken care of the hygiene of their hands and put on disposable gloves."

A number of Italian priests are quietly rejecting this protocol and are instead sanitizing their hands after distributing to each communicant, as shown in this instructional video.

The insanity doesn't end there, though. Some larger parishes in Italy are currently forcing congregants to register for Mass, and if your name isn't on the list, you are not allowed to attend.

The move comes despite canon 912 explicitly stating, "Any baptized person not prohibited by [Church] law can and must be admitted to Holy Communion."

The Italian bishops are duty-bound to administer the sacraments with proper reverence and respect to their flocks, and critics say the pandemic is no excuse for liturgical abuse. 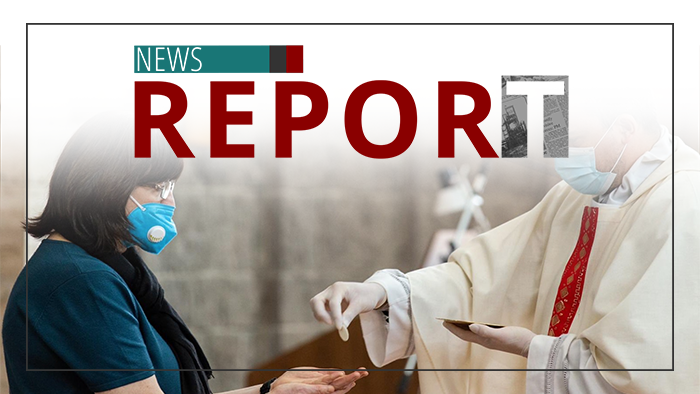