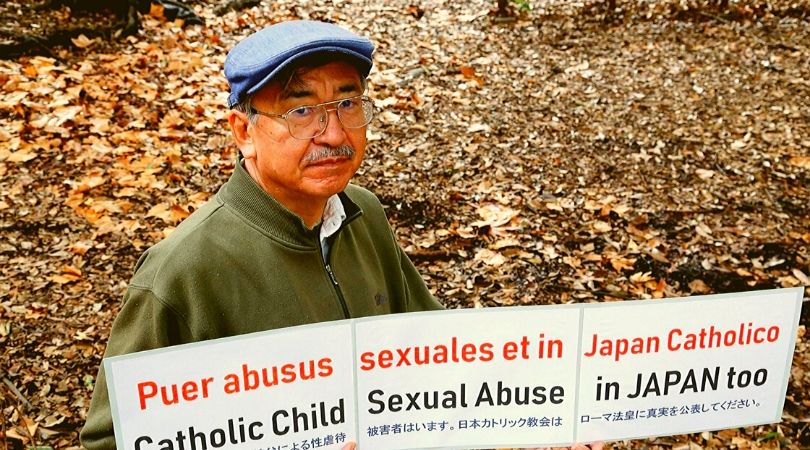 Decades-long record considered the 'tip of the iceberg'

TOKYO (ChurchMilitant.com) - Japanese bishops have at last published their findings on the sexual abuse of minors, almost 20 years after the investigative process began.

On April 5, the Catholic Bishops' Conference of Japan (CBCJ) released the full report in an issue of Katorikku Shimbun (The Catholic Weekly) published by the bishops' conference. It will be uploaded in English to the CBCJ website on April 7.

In a cover message to the report, Nagasaki Abp. Mitsuaki Takami, president of the CBCJ, apologized for the delay. "Due to difficulty in understanding the situation and inadequate survey methods, this report is very late, but we have decided to now publish the results," he stated.

The investigation, conducted by the CBCJ's Desk for the Protection of Children and Women, found 16 cases of child abuse from the 1950s to the present. The decade with the largest number of cases was the 1960s, which had five. The sexual divide of abused girls to boys was nearly equal, though incomplete records make exact counts impossible.

The report does not give details about the abusers. It does not indicate whether they were clergy or religious, male or female. Nor does it mention the places the abuse took place, since such details might jeopardize the privacy of the victims.

The report stresses that the investigation cannot give a complete picture of abuse in the Church in Japan:

Sex crimes often remain hidden. In the case of a close-knit community like a parish, it is especially difficult for victims to raise their voice. The courageous people who have publicly spoken out, including those who responded to this survey, are just the tip of the iceberg. There is a great likelihood that there are still people who cannot speak up, and so the true number of victims of sexual abuse and sexual violence remains unknown.

Sociologists note that Japan is traditionally a "shame society" — a culture where it is difficult for both victims and perpetrators to admit publicly to any involvement in scandal. Katorikku Shimbun broke precedent in its Nov. 24 issue when it published a letter from someone who had been abused by a priest. The writer described the lack of action by the priest's superiors as well as by the local bishop.

Shortly after that, Mainichi Shimbun, a national daily publication, came out with an article focusing on a man who had been abused as a child. Other media outlets in Japanese and English subsequently reported on that story as well.

Observers note that no emphasis was placed on the role homosexuality may have played, or there even being any homosexual problem within the Church in Japan. In the United States, an overwhelming majority of the clergy scandal consisted of sexual activity with adolescent males, i.e. homosexual abuse rather than (prepubescent) child abuse.

These panels shall examine whether cases were handled appropriately, and the diocesan bishop shall report the results to the bishops' conference president within six months.

This Japanese investigation found that bishops and religious superiors never informed their successors of any abuse cases. There was at least one case in which an abuser continued to function despite sanctions that were not enforced or monitored. There is also a problem of incomplete or missing files regarding some cases.

The report also calls for follow-up action. "The dioceses and religious and missionary institutes that are the subject of this investigation shall establish new third-party investigative panels," it states. "These panels shall examine whether cases were handled appropriately, and the diocesan bishop shall report the results to the bishops' conference president within six months."

The CBCJ report closes with the recognition that since there has been abuse of adults as well as children, the bishops will begin to investigate those cases as well.