DETROIT (ChurchMilitant.com) - My #CatholicMeToo took place 25 years ago while I was editor of The Michigan Catholic, the weekly newspaper of the archdiocese of Detroit (AOD), when three different but related sex scandals put me in direct conflict with Cdl. Adam Maida, chancery officials and a bunch of priests, some of whom went on to become (and still are) bishops.

I lost my job over the whole mess in 1995 (I was married with three children aged 6, 11 and 13), but felt profoundly vindicated nine years later when the fallout of the Boston Globe "Spotlight" series took out more than a dozen pederast priests in the archdiocese and finally revealed that Maida and his minions were extraordinary liars and protectors of predator priests. Maida's modus operandi was the same as Cdl. Bernard Law's in Boston, as depicted in the film Spotlight.

My saga began in late January 1993 when the AOD's director of worship and Sacred Heart Seminary (SHS) professor, Fr. Gerald Shirilla, was removed from ministry for unspecified allegations of sexual misconduct.

The AOD's director of communications, Ned McGrath, came to my office to explain Shirilla's removal and gave me a short official statement that made no mention of what was known in the chancery at the time: Shirilla was a serial sex abuser. He was known at the seminary for more than two decades as an aggressive groomer of good-looking, vulnerable seminarians, some of whom he assaulted and one who committed suicide in 1971. Nor did McGrath mention that Shirilla had previously been dismissed from the SHS for sexual involvement with seminarians in 1980.

I asked Ned the nature of the allegation against Shirilla: "Is it pedophilia?"

Ned was steadfast, refusing to be honest: "That's all I can tell you, Jay."

In retrospect, that instant stands as the most decisive moment in my career as a journalist, going back to 1975 when I began editing newspapers. Ned was a former TV reporter. He knew I had lots of experience as a journalist covering all sorts of crime and mayhem on daily and weekly newspapers. He was obviously trying to deceive me about a guy who raped little boys and seminarians, effectively lying to me. I knew he was lying, and he knew that I knew he was lying. I sensed immediately this Shirilla business was going to get really, really ugly, but had no idea how quickly and the depths of depravity involved.

At the time I already knew Shirilla was a pederast. Three months earlier, a long-time friend of mine, University of Detroit professor Dr. Don Byrne, who was also a member of the parish council at Our Lady of Loretto, where Shirilla molested altar boys, told me he was present when the mother of one of Shirilla's victims complained about him in 1982, a full decade earlier.

There was only one discussion or consultation with me on how these stories should be handled with McGrath, and it lasted about one minute. In Shirilla's case, I was instructed to publish only that he was now "on administrative leave" — exactly as depicted in the movie Spotlight.

My boss, Msgr. John Zenz, ignored all but the last of three or four of my memos to him insisting that we create a formal, written policy outlining exactly which details were to be mentioned in our coverage of the priests being dismissed. Zenz responded to only the last of those memos with a one-sentence note that, since I was being demoted, it would be taken up by the new guy.

Meanwhile at least one local TV station was having a veritable field day with the story, mentioning that McGrath gave no hint as to the real reason the prominent priest was removed.

Soon, within a week or so, I learned the top investigative reporter at The Detroit News was working on the Shirilla story and reached out to her to know what she knew. She said McGrath refused any meaningful cooperation, even as she compiled damning information about the crimes for six months. He adamantly refused to even admit the crimes were homosexual in nature.

After the interview, I gave Cdl. Maida a detailed letter in which I laid out my opposition to participating in any way with the ongoing cover-up of Shirilla.

One Thursday in March or April 1993, two months after Shirilla's dismissal, in anticipation of the publication of the exposé on the following Sunday, McGrath instructed me that I was to attend a press conference at Blessed Sacrament Cathedral, during which Cdl. Maida was to take questions about Shirilla. That was the first time McGrath instructed me to attend any event — and the last.

It just happened that I had a regularly scheduled monthly Friday early morning interview with the archbishop the next day. These meetings were always non-business events centered entirely on a simple interview for a subsequent soft feature in The Michigan Catholic.

After the interview, I gave Cdl. Maida a detailed letter in which I laid out my opposition to participating in any way with the ongoing cover-up of Shirilla. I indicated that as editor of the newspaper, I would attend the press conference but would block any effort to publish information that I knew personally to be false. Recall, up to that point the public had no idea Shirilla was actually a serial pederast going back at least 20 years.

Always the very busy man, Maida said he simply had no time to read the letter or to even discuss it with me and didn't expect to read it any time soon as he was going on vacation. I should take up the matter with his moderator of the curia, Msgr. John Zenz.

That was the end of me. Within weeks, I was stripped of most of my editorial authority and Maida hired a retired advertising salesman, Reid MacGuidwin, to oversee the whole newspaper operation on a two-year salary paying $75,000 annually for three days' work the first year and two days' work the following year. My salary at the time was $50,000.

It turned out MacGuidwin and I became fast friends rather soon, and he came to the same sentiments about Maida, Zenz, McGrath and the chancery in general that most of our reporters and also believed: These guys were nuts and as dishonest as the day is long. When Zenz and McGrath asked when he was going to fire me, MacGuidwin told them politely to take a flying leap and refused to fire me.

That was the last time Zenz talked to MacGuidwin, and then he brought in a priest to be MacGuidwin's boss. That priest announced my dismissal the very day MacGuidwin's contract expired.

The Detroit News published its exposé in August, but only because a lawsuit was filed by one of Shirilla's altar boy victims and there was thus a court filing with details that could be quoted without fear of being sued by the archdiocese of Detroit, which had been threatened. Thus, McGrath, Maida and Zenz managed to prevent the world from knowing this outrageous predator's crimes for half a year.

Then, incredibly, even though Shirilla had been formally removed from ministry by the Review Board after these revelations in late 1993, he was secretly assigned to a parish in an adjacent diocese in 2001 by Maida and Bp. Patrick Cooney, a former colleague of Shirilla's in the chancery.

The father was heartbroken at what had been done to his son, but also at the icy response from the first bishop he consulted, pro-gay Auxiliary Bp. Thomas Gumbleton.

Concurrent to the Shirilla episode during the spring of 1993, I came in contact with the father of a victim of Fr. Robert Burkholder, who, in 2002, admitted he sexually abused up to 300 boys. The father was heartbroken at what had been done to his son, but also at the icy response from the first bishop he consulted, pro-gay Auxiliary Bp. Thomas Gumbleton. Monsignor Walter Hurley, head of the supposed committee that handled sex abuse claims, treated him the same.

I spoke with the victim's father many times over the next few years and became more and more convinced that all of the priests and bishops in the AOD with responsibility were by no stretch even sympathetic to the idea priests should not have full rein to molest children. The prelates' public apologies were quite opposite to their administrative behavior.

And finally, the proverbial straw that broke the camel's back for me in early 1993 was a white-hot controversy at the Gabriel Richard High School, the archdiocesan school located only a half-mile from my home, where all of my former classmates attended and which I would have attended if I did not go to Sacred Heart Seminary High School from 1966–70.

The issue involved the chairman of the school's theology department, Paolo Zancanaro, who brought in an abortion mill worker to speak to freshmen and seniors. In addition to being outrageously pro-homosexual, he boasted during a raucous school board meeting that he was a college student of Charles Curran and was "blessed with the charism of dissent."

The controversy raged for months as the pro-life movement, led by my first cousin, James DeSana, tried to get Zancanaro fired. During three consecutive monthly interview meetings with Maida, I mentioned the mess at Gabriel Richard and he adamantly cut off each discussion virtually mid-sentence.

"You must talk to Msgr. Quinn about that," he said each time.

Taken together, these three situations in three months demonstrated to me that most of the men running the archdiocese of Detroit were incomprehensibly deceitful. What they said publicly about "protecting children," being in line with Church teaching, etc., was demonstrably false.

Today, the key players in all of these situations I mention here are still active in the archdiocese of Detroit with major authority under Abp. Allen Vigneron. Not much has really changed throughout his 10 years as archbishop.

When Vigneron says he wants to change the DNA of the local Church and set it on a new path, I do not believe a word of any of it. 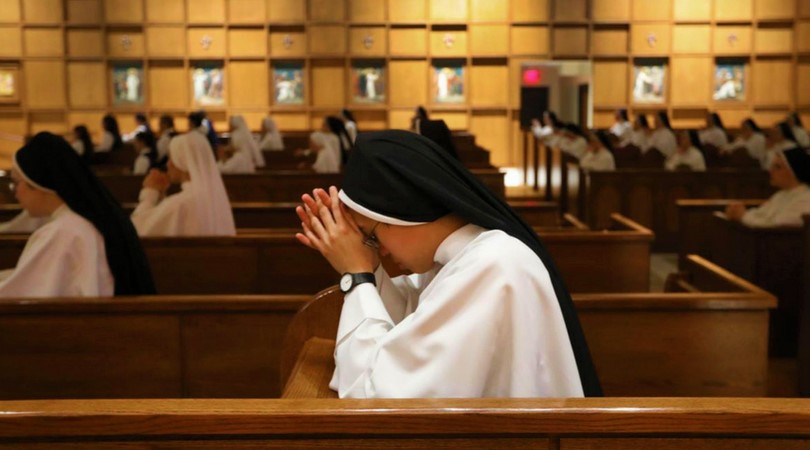