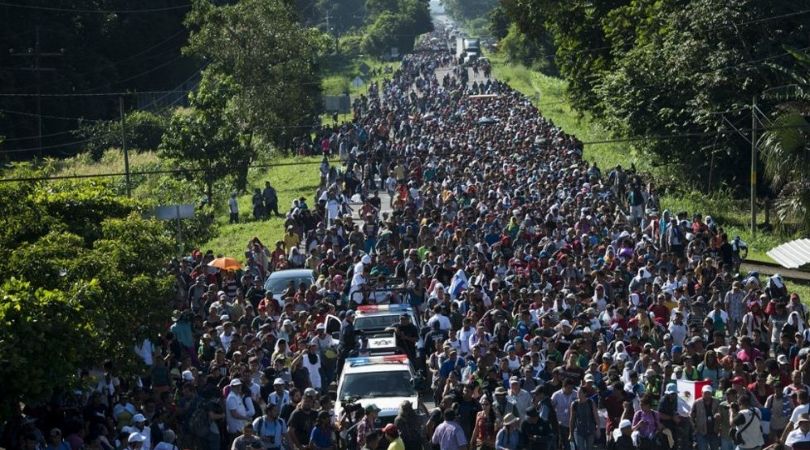 Escorting thousands of Central American migrants to US border

DETROIT (ChurchMilitant.com) - A highly organized — and well-funded — Jesuit agency is mentoring and escorting thousands of Central American migrants to the doorstep of the United States.

The Jesuit Refugee Service (JRS), founded by Fr. Pedro Arrupe, S.J. in 1980 and officially registered as a foundation in the Vatican in 2000, records activities in over 50 countries. JRC self-describes its mission as seeking "to accompany, serve, and advocate the cause of refugees and other forcibly displaced people, that they may heal, learn, and determine their own future."

An especially well-traveled path for JRS extends from Central America, through Mexico, to the U.S. border. JRC members feel "compelled to walk with the caravan as it makes its way through Mexico and to meet the needs of this extremely vulnerable population," according to Andrea Villaseñor de la Vega, director of JRS/Mexico.

Michelle Malkin notes in her new book, Open Borders, Inc: Who's Funding America's Destruction, that a point of departure for Jesuit-led migrant caravans begins in Tapachula and Comalapa, towns near the Guatemalan border, then moves to Mexico City and beyond.

Tapachula serves as a hub for the JRS where it "opens churches and pastoral centers to provide shelter, monetary aid, voluntary aid and emergency assistance to refugees it will escort to the U.S. border." On hand is a "team of lawyers, psychologists, social workers, and Jesuit clergy" and a plethora of Catholic volunteer travel guides who help the refugees negotiate their way northward.

JRS calls itself as a "service" and presents itself as a charity, although, according to its 2018 annual report, it received over $6 million from the U.S. government (which may account for the use of generic images and lack of Catholic or Christian symbols on its websites). It received over $3 million in donations from various organizations worldwide.

JRC also liaisons with the U.N. High Commissioner for Refugees (UNCHR) on a number of projects. For instance, the JRS collaborated with the United Nations, along with other partners, in creating the UNCHR Handbook for the Protection of Women and Girls.

Breitbart cited Malkin as saying, "While left-wing religious groups, tax-exempt non-profits tied or allied to George Soros, and the amnesty-shilling Catholic Church scream 'No hate, no fear, everyone is welcome here!' at the top of their lungs, American neighborhoods are being overrun by dangerous foreign criminals and jihad plotters."

David Miliband, president and CEO of International Rescue Committee, a JRS friend and partner, criticized President Donald Trump's cutting down of refugee numbers from Obama's 100,000 to 30,000 as "inhumane."

What Miliband neglects to mention in his diatribe against President Trump [is] that his organization is one of 9 behemoth government contractors that works with the hostile United Nations and encrusted State Department social justice warriors to import thousands of new refugees every year with little input from the communities in which they are dumped. Miliband earns nearly a million-dollar salary and by one estimate, JRC has raked in nearly $900 million in refugee resettlement profits over the last decade. When you cut through the Statue of Liberty smokescreen of the open borders "charities," the math is clear:

On no issue are Democrats more extreme and more depraved than when it comes to border security. The Democrat agenda of open borders is morally reprehensible. It is the greatest betrayal of the American middle class and, frankly, American Life. Illegal mass migration brings in millions of low-wage workers to compete for jobs, wages, and opportunities against the most vulnerable Americans - cutting off their path to the American Dream. Thanks to Democrat policies, school children across the country are being threatened by the vicious gang MS-13 that ICE, by the way, is taking out of our country and dropping them back home by the thousands, by the thousands.

Superior general of the Society of Jesus, Fr. Arturo Sosa, lent his — and Pope Francis' — full support to the JRS in a letter dated May 24, 2019, writing, "The love of the Society for the poor and the excluded, made manifest in its commitment to the mission of promoting justice for refugees has been confirmed ... most recently by the promulgation of the Universal Apostolic Preferences, entrusted to the Society as a mission by Pope Francis."

For the 104th World Day of Migrants and Refugees in 2018, Francis spoke of how Jesus Christ "entrusts to the Church's motherly love every person forced to leave their homeland in search of a better future" — words JRS uses to buttress its cause.

The "mantra" of Malkin's new book has been described as "Follow the money, find the truth." JRS' multifarious activities — sometimes hidden from plain sight — and the donors who pay for them can be measured in light of this mantra. 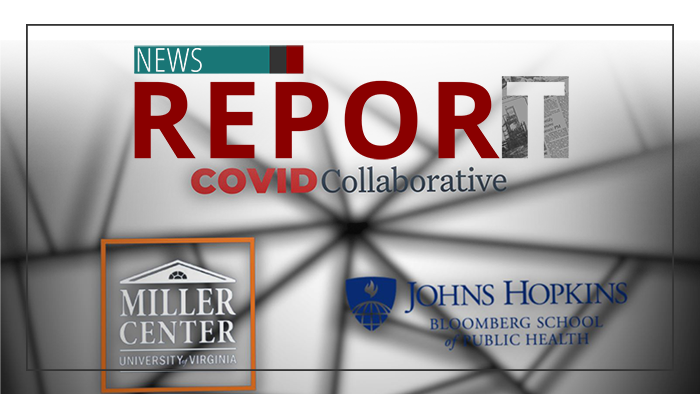 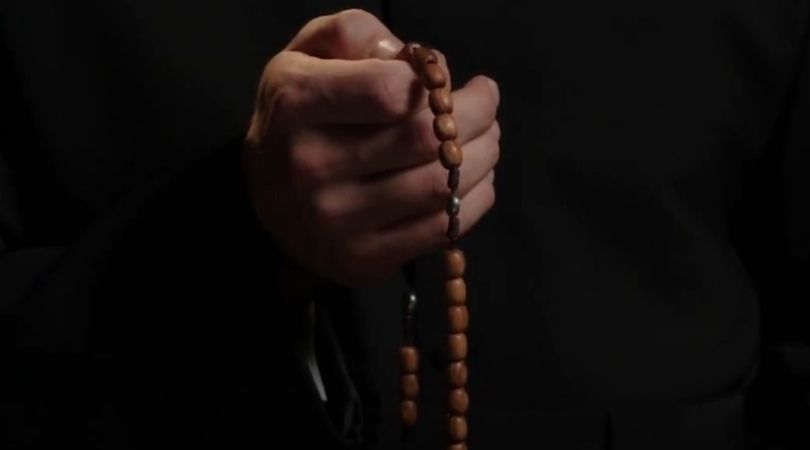 Rosary vs. Globalism
By Church Militant   •   0