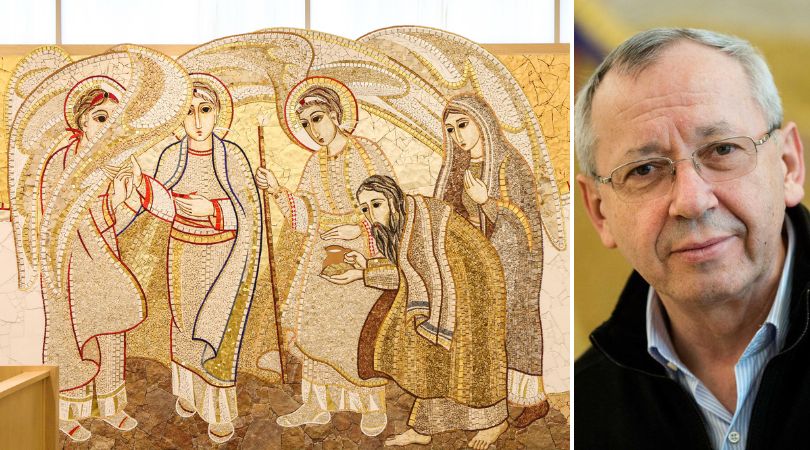 Anna (a pseudonym), who attempted suicide due to nine years of sexual, psychological and spiritual abuse, says she reported Rupnik to Cdl. Tomàš Špidlík and other authorities on several occasions, but the complaints were ignored.

Špidlík, a Moravian Jesuit made cardinal deacon by Pope John Paul II in 2003, is celebrated as the "fulcrum" of the Aletti Center, which was founded by Rupnik. Anna said that the cardinal refused to hear her confession when she started revealing the abuse by the Jesuit artist.

"The first time he [Rupnik] kissed me on the mouth, he told me that he kissed the altar in this manner when he celebrated the Eucharist, [and he kissed me in his way] because with me he could experience sex as an expression of God's love," Anna narrated.

In a wide-ranging interview with the Italian newspaper Domani published Sunday, the former religious sister, who is now 58 years old, said she met the artist in 1985 when she was 21, as a medical student who felt called to be a missionary after graduation.

Based on the detailed description of the religious sister provided in the interview and from other members of various religious communities in Rome, sources close to Fr. Rupnik independently confirmed Anna's identity to Church Militant.

Anna said that a nun took her to meet the artist at his studio in the Piazza del Gesù in Rome. "Rupnik was ten years older than me and was in his first year of priesthood; I felt at ease with him, and he immediately became my spiritual guide."

"At the beginning, Fr. Marko slowly and gently infiltrated my psychological and spiritual world by leveraging my uncertainties and fragility and at the same time using my relationship with God to push me to have sexual experiences with him," she explained.

"He wanted me to model for him and once asked me to pose for one of his paintings because he had to draw Jesus' collarbone, and he wasn't looking for "worldly" girls, who in his opinion only expressed sexuality, but for a person in search [sic] like me," Anna said.

"It wasn't difficult to accept and unbutton a few buttons on my blouse. For me, who was naive and inexperienced, it meant only helping a friend," she added.

In 1986, when Anna refused to let Rupnik "undress and let him touch me as always" in his studio after they had celebrated the Eucharist together, she says that Rupnik "attacked me with very harsh and mean words, saying that I was worthless, that I would never do anything good."

"But that time, I refused, and he added that, by now, only two other women counted for him, whose names he gave me, and that he wanted to end all relations with me," she noted.

Anna gave up her studies in medicine to leave Rome and joined the Skupnost Loyola (Loyola Community) in Ljubljana at the behest of Rupnik. She lived and studied in the community from October 1987 to March 1994. In 1993, she defended her thesis in philosophy.

In Slovenia, Rupnik's abuse continued and took place even in the car when Anna accompanied him on his travels, the sister recounted. Rupnik was confessor and spiritual director at Skupnost Loyola and a close friend of the founder–superior Ivanka Hosta.

I ran away from the community to let myself die in the woods.

"The dynamic was always the same: If I had doubts or refused, Rupnik discredited me before the community, saying that I wasn't growing spiritually," she said. "He had no brakes; he used every means to reach his goal, even confidences heard in confession. That's where my mental breakdown began."

Anna also explains how "Ignatian discernment," which calls one to "total availability and openness" to a "spiritual father," made her obey Rupnik unconditionally.

"If your guide says that God wants it and you don't obey, you put yourself against God. That's where manipulation can creep in, as happened with Fr. Rupnik," she noted, describing how the Jesuit would shame her as "wrong" to other group members if she resisted his advances.

"Only Fr. Marko decided who was good and worth supporting; whoever was in error was humiliated and set aside," she added.

As chaplain to the Skupnost Loyola, Rupnik had "openly begun to abuse other sisters with the usual psycho–spiritual strategies that he had already used with me, with the aim of having sex with as many women as possible," Anna discloses.

"In the early 1990s, we were 41 sisters, and Fr. Rupnik, as far as I know, managed to abuse almost 20. Sometimes at a high price: One of them, attempting to resist, fell and broke her arm. He was brash and spoke openly of his tactics for softening up those who resisted him," she stressed.

"I tried to stop him, but he was unstoppable in his delirium," she observed. "I even threatened to sue him, but he replied, 'Who will want to believe you? It's your word against mine: If you talk, I'll make you crazy.'"

"I ran away from the community to let myself die in the woods, hoping that my "extreme gesture would bring Fr. Marko back to reason," Anna recounted. "When I accused Rupnik of falsehood, his only reaction was silence."

Even later, I was unable to have a loving relationship and build a family.

Meanwhile, another sister reported Rupnik's abuse of Anna to the superior, Sr. Hosta. Rupnik was temporarily removed from the community for the summer.

At this point, Anna turned to then-Fr. Špidlík for help, as Špidlík was Rupnik's spiritual director. But when Špidlík "blocked" her, Anna "understood that he was in cahoots with Fr. Rupnik and that he did not want to be involved in the scandal together with the Aletti Center, of which he was the creator and first contact person."

Anna says no one helped her, not even Rupnik's Jesuit superiors or Alojzij Šuštar, the archbishop of Ljubljana from 1980 to 1997. "Father Marko was protected by everyone, and I was nothing more than the scapegoat for an embarrassing situation, the weak link in the chain that could be sacrificed for the greater good," she lamented.

In 1993, after a meeting between Hosta, Šuštar and Rupnik, the artist was expelled from the community and moved to Rome with several sisters to begin work on the Aletti Center, dedicated to the promotion of religious art and its links to Ignatian spirituality.

Anna was not allowed to testify or be present at the meeting. Hosta ordered the abused nun to work in the kitchen "for the rest of my life, with no prospect of change," Anna said. "I obeyed, even though in my heart I thought I was going to die."

A short time later, Hosta prevented Anna from voting in the community's internal elections, saying she was "dangerous" because she was "under the influence of the Devil." Anna left the community the next day and received an apology from Hosta years later.

The former sister testified before the Dicastery for the Doctrine of the Faith on Dec. 10, 2021. The Vatican's doctrine watchdog closed its investigation into Rupnik in October 2022, citing the abuses were beyond the statute of limitations.

"After my resignation, I suffered from depression for a long time, and even later, I was unable to have a loving relationship and build a family," Anna stated. "The abuse I suffered profoundly upset my psyche and left indelible marks on my spirit and body, which prevented me from making meaningful choices."

According to Anna, another sister, who left the Loyola Community in 1996, also reported the abuses to Fr. Francisco J. Egaña, then delegate for the Interprovincial Houses and Works of the Society of Jesus in Rome. Egaña listened to her but did nothing.

[The Rupnik scandal is a developing story, and Church Militant has reported on the developments here, here, here and here. The mosaic of the Holy Trinity as prefigured in the book of Genesis is by Marko Ivan Rupnik.] 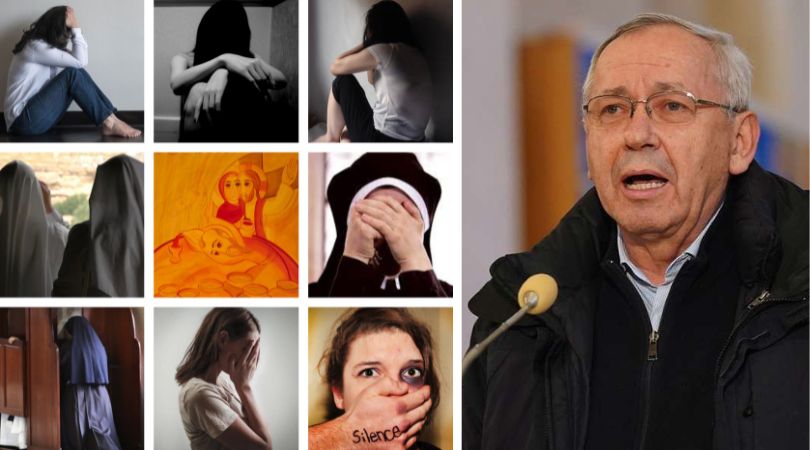 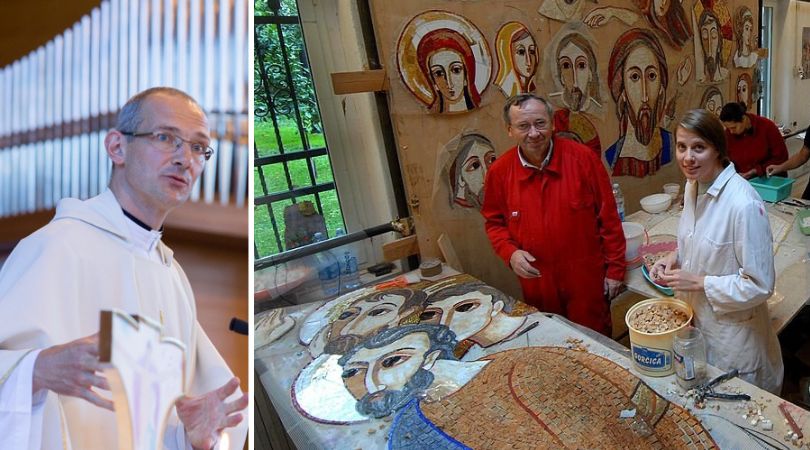 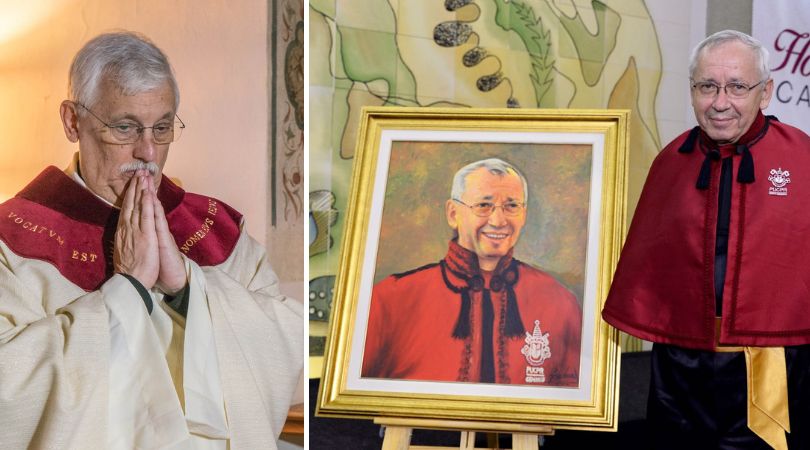