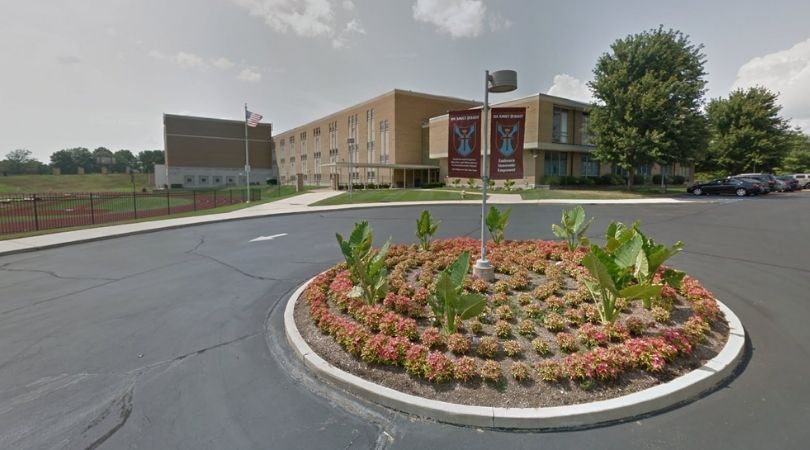 ST. LOUIS (ChurchMilitant.com) - A Missouri Jesuit high school is promoting gender ideology in the classroom through a program one student describes as confusing and contrary to Church teaching.

The young man is an active member of the De Smet community. He told Church Militant that he and other students were eager to participate Sept. 4 in the school year's first Formation Friday:

We had been told several activities were planned, and there would be a fun surprise. Kickball, spike ball, and racquetball [was] fun. The Ignatian meditation was fruitful, and Benediction was reverent and chanted. However, the so-called "social justice" was a nightmare ... This was not an assembly to combat racism, which is no doubt a sign that must be prevented, but we were spoon-fed transgender ideologies and LMNOP agendas.

Led by Catalina Martinez, the school's full-time director of diversity and inclusion, the "social identities" discussion included a packet of materials. In one of the activities, students were given a categorized sheet entitled The Matrix of Social Identity.

The De Smet senior said many of the young men were confused by the terminology presented on the sheet. They didn't know what "cissexism" meant or "heterosexism." But by the end of the assembly they did. And according to the student, many were troubled by what they were learning.

"We were told we had to accept transgenderism into our faith as well, that we have to embrace our attractions. A lot of people were confused about how that was even possible," the student said.

The student pointed out that the religious instruction he was getting at the school in his Morality and Ethics class taught that "the Church makes the distinction that same-sex attractions are not a sin, but the actions are."

When Martinez asked the seniors to state in one word their reaction to the instruction, the student reported that many of his follow seniors said, "shocked," "confused," "disbelief" and "surprised."

"It's typical, and it's happening all over St. Louis," Coulter told Church Militant. "Kids just go along with it, and parents trust the schools to teach what is right. It's a huge indoctrination taking place through these kids."

Coulter says she hears of this kind of problem all the time, but parents and students won't come forward because they are afraid of being targeted.

In his statement to Church Militant, the De Smet senior wondered whether Martinez had gotten permission from any administrator to present the transgender material.

"Did she [Martinez] think to have the Jesuits on campus ... check over her PowerPoint?" he wrote.

Church Militant contacted Gregory L. Pohlman, chair of the private high school's board of trustees, about the seniors' identity instruction. Pohlman acknowledged knowing Martinez, who he called by her first name, but claimed he was "not in a position to speak about any of it."

Carrie Becher, the school's communications manager, was also unwilling to comment or to schedule interviews with school administrators.

The De Smet student reflected on the incongruity of the school's instruction with Catholic doctrine.

"If this teacher was so concerned about homosexuality, why did she not address how 'gay' clergy have damaged the Catholic Church — [working] to infiltrate and destroy Her from within?" he asked. "If she was concerned about real oppression, why didn't she address the oppression unborn children face?"

It's typical, and it's happening all over St. Louis.

"My classmates and I wondered if this teacher were being paid, and if our hard-earned tuition money was being wasted on anti-Catholic propaganda instead of being spent on a quality Catholic education," he added.

Church Militant has reported recently how the Jesuits have received funding from organizations tied to atheist billionaire George Soros, whose money one expert says is creating a "post-democratic and supranational" global authority with a network of judges who function as "new clerics" of a universal, secular "religion."