DETROIT (ChurchMilitant.com) - The editor of America Magazine, who is also a Jesuit priest, is standing behind a fabricated story about President Donald Trump's chief strategist — aligning him with so-called radical traditionalists who are opposed to Pope Francis' supposed "progressivist reforms."

Father James Martin, S.J. appeared on MSNBC's morning show on February 13 for the segment they called "Steve Bannon vs. the Pope."

Speaking of Pope Francis, Fr. Martin said, "His imagery and frankly my imagery is not the Church as opposed to people — the Church under siege — and the Church in this kind of militaristic pose. I don't really think it was Jesus' point of view, either."

Father Martin did not correct the host of the show, who accused Bannon of being a "white supremacist" and a "white nationalist" — two charges that have been roundly discredited.

In the interview, Fr. Martin also accused Pope Francis of making progressivist reforms. He said that "the radical traditionalistis, or the rad trads they sometimes call themselves — the Church Militant is another way of styling that group — they are opposing Pope Francis' progressive reforms."

A lot of this Church Militant language is really divisive — and it's setting up, as you were saying before, walls not bridges.

Martin claimed Bannon uses Church teaching to push "racist, misogynistic, homophobic, xenophobic sentiments." Commenting on Bannon's stance on Muslim refugees, Martin said, "A lot of them see the Church in a battle against the Muslim world."

Father Martin further commented, "A lot of this Church Militant language is really divisive — and it's setting up, as you were saying before, walls not bridges."

The comments come just a few days after Huffington Post ran an article titled "Bannon Wants a War and He Will Use Jesus to Get One: President Bannon, Trump & the Ultra-Conservative Roman Catholic Fringe." In the article, the writer falsely equated Church Militant, this apostolate, with Steve Bannon's use of the ancient phrase in a 2014 Vatican speech.

"Bannon runs with Catholic extremists who wear their redemption with pride," the author falsely claimed. The writer further added:

The goal of the Church Militant is to fight Satan in all his many disguises, which also include the sacred cows of the liberal leftists, many of whom are entrenched inside the Church. In this fight to the death, there is no retreat. We die fighting and achieve eternal life. ... For these Catholics, it's not just life in the material world that hangs in the balance, but also eternal souls are on the line.

Breitbart correctly pointed out there is no formal link between Bannon and the Church Militant apostolate. 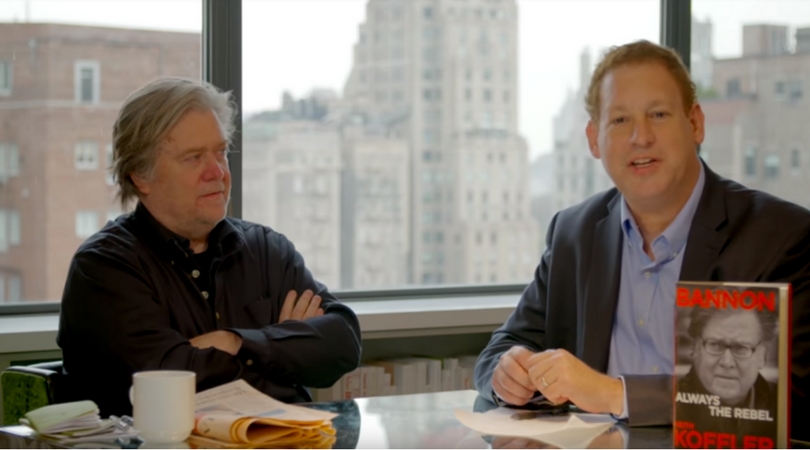