A July 27 press release is announcing the University of San Francisco (USF) has appointed Julie Orio as vice provost of student life. Her job, the press release says, is "to enliven the university's Jesuit mission through its co-curricular offices and activities that support the development and success of all students."

For years, critics have been questioning the university's "Jesuit mission," and this time is no different. The press release further relates, "Beyond her responsibilities at USF, since 2006 she has been actively involved in the Women's Community Clinic in San Francisco, serving as board member and chair." Among other services, the Women's Community Clinic provides contraceptives, the "morning after" abortion pill, and medical abortions — all forbidden by the Catholic Church.

Despite having the official title as a "Catholic" university, USF is well known to embrace positions contrary to Catholic doctrine, including the approval of assisted suicide, contraception, abortion and homosexuality.

After the Supreme Court legalized same-sex marriage in June 2015, a USF representative posted on Twitter, "Supreme Court legalizes gay marriage nationwide in wake of #SFPride-@USF_LTMC #LoveWins," accompanied by the California state capitol lit with rainbow lights. After complaints, school president Fr. Paul Fitzgerald, SJ, claimed the post was an error by an inexperienced staff member. "This post does not represent the views of the University of San Francisco, a Jesuit Catholic university," he said.

But other occurrences on the USF campus seem to portray the opposite. Several faculty members are open homosexuals. Father Donal Godfrey, for instance, currently Associate Director for Faculty/Staff Spirituality, is promoted as "the most prominent homosexual activist Catholic priest in the world today."

Vincent Pizzuto is an associate professor and a homosexual ex-Catholic Episcopal "priest." In February he gave a talk at Most Holy Redeemer parish in San Francisco, a notoriously pro-LGBT parish.

USF research director Dr. Diana Greene Foster is on record telling a Senate Judiciary committee in March that babies born alive after botched abortions should be left to die.

Pope Francis has condemned gender ideology as "demonic," yet USF is one of the many Catholic colleges that holds separate graduation ceremonies for its LGBT students, called lavender graduations.

Despite Fr. Fitzgerald's earlier condemnation of a pro-homosexual marriage tweet, he was photographed taking part in the 2015 San Francisco Gay PRIDE parade, standing next to a man in a red shirt that read "Part-Time Lesbian." 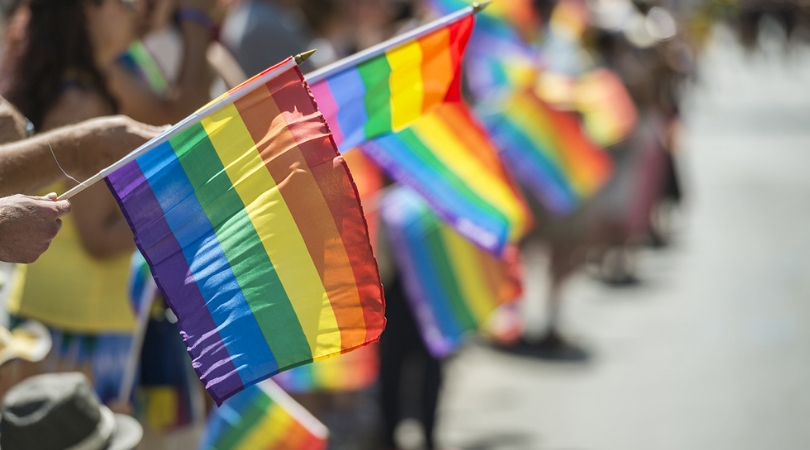