WASHINGTON (ChurchMilitant.com) - The U.S. State Department is finally declaring what many other people have known for over two years: ISIS is committing genocide against Christians.

Secretary of State John Kerry announced yesterday in Washington that ISIS is responsible for committing genocide, crimes against humanity, and ethnic cleansing against Christians, Yazidis, Shia Muslims and other minority groups in Iraq and Syria.

He declared that ISIS' "entire worldview is based on eliminating those who do not subscribe to its perverse ideology."

Kerry didn't use the word ISIS, instead using "daesh" — which is a transliteration of the Arabic acronym formed from the same words that make up ISIS in English (Islamic State of Iraq and Syria). He and representatives of other governments have been using the term for a while. It can also mean "to trample and crush," or "bigot." ISIS has threatened to cut out the tongue of anyone they catch using the term.

He declares ISIS is genocidal "by proclamation and actions — in what it says, in what it believes, and what it does," but maintains it's impossible for the U.S. government to have a full picture of what ISIS has and continues to do because of limited access to information. He does, however, credit outside groups in assisting with the collection of information.

Kerry said ISIS "made a systematic effort to destroy the cultural heritage of ancient communities," razing Armenian, Syrian, Orthodox and Roman Catholic churches as well as blowing up monasteries and desecrating tombs of prophets and cemeteries.

He pledged the United States will strongly support efforts to collect, document, preserve and analyze evidence of atrocities and do all it can to see that the perpetrators are held accountable by a competent court or tribunal.

Kerry is seeking to reassure victims that the United States recognizes and confirms the "despicable" nature of the crimes perpetrated against them and is hoping to bring together different people for a "comprehensive and unified approach" to defeat ISIS. He further concludes that military force is necessary to deal with the problem.

Critics believe the State Department and the Obama administration have been slow to make the declaration.

Robert Spencer, a leading researcher on Islam and founder of JihadWatch.org, spoke to ChurchMilitant.com about the House resolution:

The Islamic State has destroyed Christian communities that had existed since the time of Christ. Numerous bishops from the area have cried out to the West for help. The State Department's unwillingness to call this genocide what it is manifests yet again the Obama administration's craven unwillingness to speak honestly about the nature and magnitude of the jihad threat — especially when Christians are the victims of that jihad. 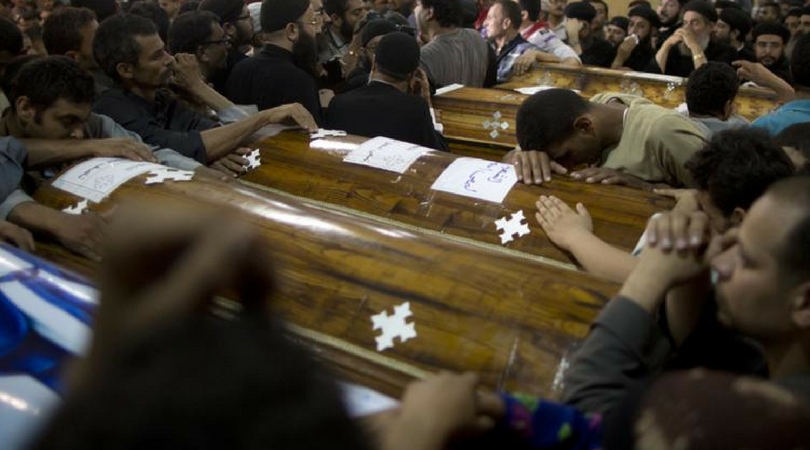