NEWARK, N.J. (ChurchMilitant.com) - A New Jersey cardinal claims he was never told about a gay subculture in his archdiocese, but faithful Catholics are doubting his defense.

On Aug. 17, Catholic News Agency (CNA) broke a story about open homosexual activity among priests and seminarians in the archdiocese of Newark, New Jersey. A number of priests, most of them anonymous, told CNA that Theodore McCarrick's reputation as a sexual predator was an open secret at Newark's seminary and that McCarrick was part of a broader culture of homosexual predation among the clergy of the archdiocese.

Several of the sources told CNA about gay priest cocktail parties where good-looking seminarians were groomed for sex.

McCarrick was archbishop of Newark 1986–2000. Even after McCarrick left, CNA's sources recalled, the homosexual subculture and homosexual predation continued.

The Newark diocese's current ordinary, Cdl. Joseph Tobin, responded to the CNA report in a letter to the archdiocese's priests dated Aug. 17. Reportedly, Tobin argued in the letter, "No one — including the anonymous 'sources' cited in the article — has ever spoken to me about a 'gay sub-culture' in the Archdiocese of Newark."

But Catholic layman Joseph Sciambra challenged the cardinal's claim. In a Monday blog post, Sciambra listed off numerous pro-gay events, speakers and organizations that have been allowed and even welcomed by the Newark archdiocese under Tobin.

As Sciambra notes, Cdl. Tobin gave the OK for a pro-LGBT pilgrimage and Mass to take place at Newark's Cathedral Basilica of the Sacred Heart in May 2017.

In June this year, a parish in the archdiocese of Newark had its first annual LGBT Pride Mass. Our Lady of Grace Catholic Church in Hoboken, New Jersey had a pride Mass on Sunday, June 24. During the homily, celebrant Fr. Alexander Santora said:

The Church has to move in a new direction. First, we need to understand that one's orientation is given. It's not a choice. What's given and what's possible are two different things. And so, oppressing one's orientation is not healthy or good. But somehow our theology has to catch up with where the world is.

On Aug. 13, New Jersey Monthly released a biographic piece online about Cdl. Tobin. The article's subtitle reads, "In less than two years as head of the Archdiocese of Newark, Cardinal Joseph Tobin has become a bold voice for immigrants, extended a welcome to LGBTQ Catholics, and encouraged greater interfaith understanding."

When the McCarrick scandal broke out, Tobin was the first to publicly confirm in a statement on June 20, "This Archdiocese and the Diocese of Metuchen received three allegations of sexual misconduct with adults decades ago; two of these allegations resulted in settlements."

His statement also noted, "The Archdiocese of Newark has never received an accusation that Cardinal McCarrick abused a minor" (emphasis added).

Cardinal Tobin caught massive media attention in February for a bizarre Tweet that read, "Supposed to be airborne in 10 minutes. Nighty-night, baby. I love you."

Cardinal Tobin claimed he meant to send it as a private message on Twitter to one of his sisters but accidentally sent it out as a public Tweet. Tobin has eight younger sisters, and a spokesman claimed the cardinal thought of all his younger sisters as his "baby sisters," so the tweet was supposed to be a message to one of them.

The cardinal's explanation led to further skepticism and mockery.

In an interview with The New York Times in December 2017, Cdl. Tobin said he liked the idea of female cardinals. The interviewer challenged Cdl. Tobin on the all-male priesthood and the role of women in the Church. Instead of engaging in apologetics about the sacrament of holy orders and the differences between men and women, Tobin said, "Maybe my theology isn't sophisticated enough, but I don't believe that there's a compelling theological reason why the Pope couldn't name a woman cardinal."

In that interview, Tobin apparently sidestepped a chance to defend Church teaching on homosexuality, abortion and contraception.

"It's fair to say Jesus did not make pronouncements on those three hot-button issues," he claimed. 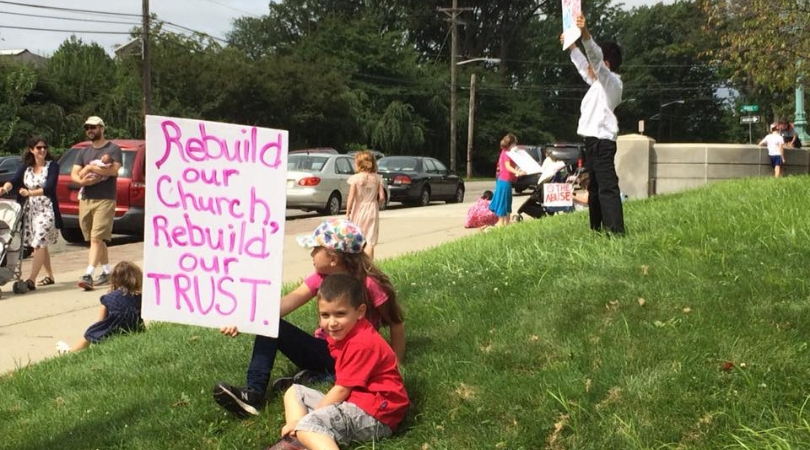