Has become 'another secular university'

The appointment of Msgr. Philippe Bordeyne to the Pontifical John Paul II Institute for Studies on Marriage and Family is seen as the completion of an overhaul called for by Pope Francis in 2017. Bordeyne was appointed president in March and will be installed later this year.

Pope Francis cut back the institute's emphasis on foundational moral theology and added a social science component, seeking more dialogue with other cultures.

Pope Francis: "Jesus was born on the street. He was born as a homeless person."

Its mission was unapologetically Catholic under Popes John Paul II and Benedict XVI.

Former student: "The love between man and woman and the dignity of the body as being always a personal body and not something to be objectified, but being part of who we are."

With Francis' changes, students complained in a 2019 letter the Institute's approach was becoming like a secular university.

With this new incoming president, Pope Francis has further remade the institute in his image, focusing on dialogue with the world and de-emphasizing objective truth. Critics are saying the once-great beacon of light for a confused world has chosen to join the world in its confusion on sexuality and marriage.

The appointment of Msgr. Philippe Bordeyne as president confirms the paradigm shift initiated by Pope Francis.

Msgr. Livio Melina: "John Paul II did not want there to be a focus only on the problems, but rather on an overall positive vision of the mystery of the family."

Bordeyne's past writings are coming under new scrutiny. As a glimpse of his theology, he argued in a 2015 essay: "[I]t would be reasonable to leave the discernment on birth control methods to the wisdom of couples."

Dr. Moira McQueen: "An intrinsically evil act is an act that is always wrong."

In short, the institute will no longer have Humanae Vitae and Veritatis Splendor as its foundation — two solid encyclicals of recent times on Catholic moral theology.

Instead, one of the institute's touchstones will be Pope Francis' controversial Amoris Laetitia. This encyclical is known for leaving the door open for divorced and civilly remarried Catholics to receive Communion and its incoherence on the use of contraception.

Cdl. Raymond Burke: "The person who is living in an irregular union is living in an adulterous union and therefore cannot be admitted to the sacraments until that situation has been rectified."

French professor Thibaud Collin lamented that with the new president Bordeyne, the institute should be renamed The Amoris Laetitia Institute.

It's not surprising — under Pope Francis, mercy and outreach would be emphasized and the splendor of truth obscured. 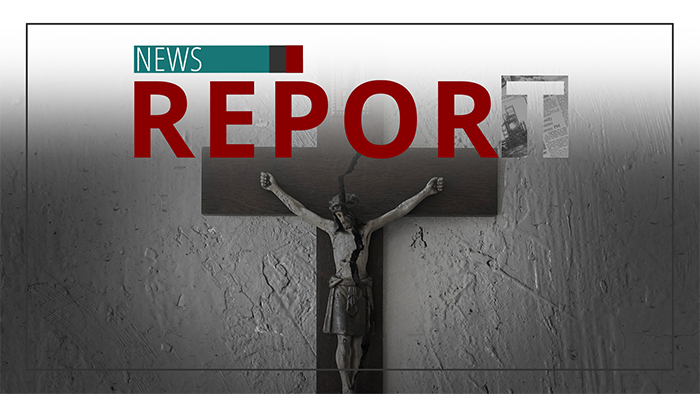