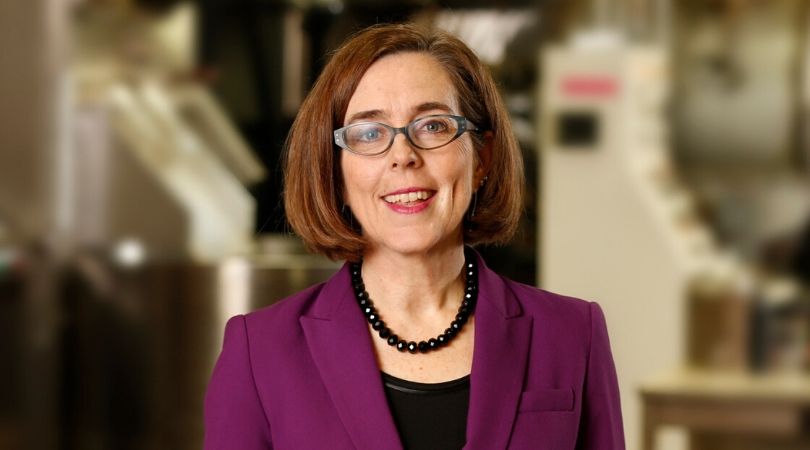 WASHINGTON (ChurchMilitant.com) - Churchgoers across the country are standing up to heavy-handed Democratic governors and demanding their freedom to worship God.

While some Democratic governors like Minnesota's Gov. Tim Walz are seeing churches rebel against their "indefinite suspension" of church services, others are being hit with a myriad of multifaceted lawsuits from Americans seeking to regain their personal freedoms protected under the First Amendment.

Unbalanced attacks specifically on the right of churchgoers to assemble are coming predominately from Democratic governors like Oregon's Gov. Kate Brown. On Monday, Baker county circuit Judge Matthew Shirtcliff sided with nearly a dozen churches suing Brown over her pandemic-related shutdown of worship.

"There's a rising tide of churches and churchgoers wanting to push back against Governor Brown's oppressive executive orders, and this case will hopefully remind her that she is not free to dispense with constitutionally protected liberties, even in emergencies," commented Hacke.

Shirtcliff's ruling that Brown's orders were "null and void" based on the fact they had exceeded their 28-day limit, however, was quickly overturned on appeal kicking the case up to the Oregon Supreme Court.

In his court order, Judge Dever noted the plaintiffs established among other things that "they are likely to succeed on the merits of their claim that the assembly for religious worship provisions in EO 138 violates their rights under the Free Exercise Clause of the First Amendment."

Getting to the heart of the issue, Dever wrote, "restrictions inexplicably applied to one group and exempted from another do little to further these goals and do much to burden religious freedom."

The uneven suspension of the right of churchgoers to assemble is what gives rise to the claim that Democratic governors are attacking Americans' freedom of religion. This is the word coming from the Department of Justice (DOJ) specifically to Democratic governors like California's Gov. Gavin Newsom.

Barr's statement came as the DOJ was taking interest in a Mississippi church case in mid-April. Mississippi Gov. Tate Reeves, a Republican, has since loosened guidelines regarding the reopening of churches in his state.

In his statement, Barr emphasized that unevenly limiting churchgoers' right to assemble, even in parking lots, made it into a religious freedom case.

"For example," said Barr, "if a government allows movie theaters, restaurants, concert halls, and other comparable places of assembly to remain open and unrestricted, it may not order houses of worship to close, limit their congregation size, or otherwise impede religious gatherings."

The Democratic governor of Kansas, Laura Kelly, was sued by two churches back in April, when she tried limiting religious gatherings to fewer than 10 people. A ruling by U.S. District Judge John Broomes prevented Kelly from enforcing her executive order. Kelly filed a subsequent joint motion with the churches promising new guidelines, which rolled out May 4 and relaxed restrictions on church gatherings.

The DOJ also leaned on Democratic Gov. Ralph Northam in May, who was being sued by churches claiming he was violating its religious freedom by his pandemic order.

In its statement, the DOJ observed, "Virginia's governor issued executive orders that ban in-person religious services of more than 10 people while permitting such gatherings of workers in any non-retail business and an array of retail businesses, including liquor stores, dry cleaners and department stores."

The statement continues, "As important as it is that we stay safe during these challenging times, it is also important for states to remember that we do not abandon all of our freedoms in times of emergency," said Matthew Schneider, U.S. Attorney for the Eastern District of Michigan. "Unlawful discrimination against people who exercise their right to religion violates the First Amendment, whether we are in a pandemic or not."