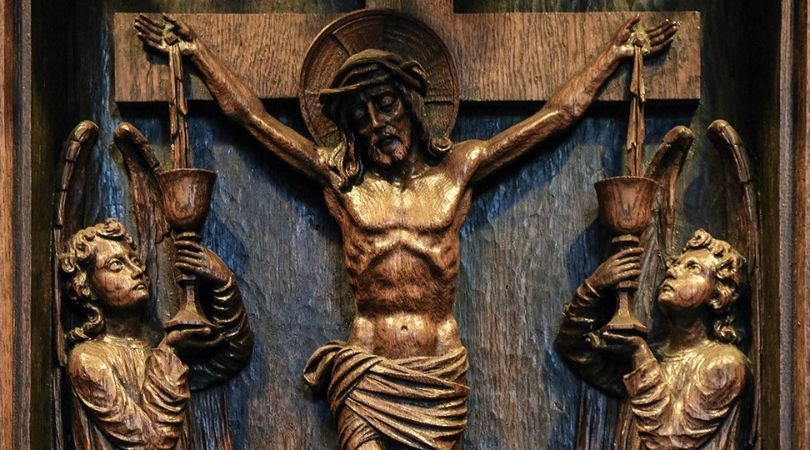 'Price of our ransom, pledge of salvation'

One of the beautiful and mysterious features of the Catholic faith is the unfolding of its liturgical year — notably, May, the month of Mary, and June, the month of the Sacred Heart.

But one of the months whose significance has been forgotten in recent times is July, the month of the Most Precious Blood of Jesus.

The devotion to Christ's Precious Blood can be traced to the earliest days of the Church.

In A.D. 96, Pope St. Clement I of Rome, the third pope in the succession of St. Peter, wrote in the oldest extant document outside of the New Testament, "Let us fix our gaze on the Blood of Christ and realize how truly precious it is, seeing that it was poured out for our salvation and brought the grace of conversion to the whole world."

And St. Peter himself, in his first letter, identifies the great cost of our salvation when he preached to the earliest Christians, "You know that you were ransomed from the futile ways inherited from your fathers, not with perishable things such as silver or gold, but with the Precious Blood of Christ, like that of a lamb without blemish or spot."

The devotion continued, ebbing and flowing throughout the centuries and in various locales, with the faithful continuing to remember Christ's pain and sacrifice.

Saint John Chrysostom, in the fifth century, preached the importance of reflecting on the suffering of Christ, noting the soldier's lance that pieced Jesus' side after He died. The Church Father wrote, "There flowed from His side water and blood," cautioning, "beloved, do not pass over this mystery without thought."

They go into battle filled and inebriated with the Blood of Christ crucified.

And St. Catherine of Siena, in the 15th century, spoke constantly of Christ's Blood, even identifying herself in her many letters as "Catherine, servant and slave of the servants of Jesus Christ, write to you in His Precious Blood."

Speaking of those she considered her spiritual children, St. Catherine declared, "Indeed, they go into battle filled and inebriated with the Blood of Christ crucified. ... They will pass through the narrow gate drunk, as it were, with the Blood of the Spotless Lamb."

Christian tradition connected the seventh month, when the sun burns most intensely, with the redemptive spring of Christ's Blood, reminding us — at the perfect time — of redemption itself.

But it was during the bloody and bellicose times of mid-19th–century Italy that Our Lord's suffering gained renewed attention.

As the battles over the Papal States reached a pitch, Pope Pius IX was forced to flee Rome, in disguise, to Gaeta, a coastal city south of Rome. A superior general of the Fathers of the Most Precious Blood, who accompanied the pontiff on the journey, suggested he create a feast dedicated to the Precious Blood to beg God's mercy to end the war and bring peace.

The pope followed the suggestion and, still in exile, on August 10, 1849, declared that the first Sunday in July would be dedicated to the Precious Blood, extending the commemoration to the whole of the Christian world.

Pope St. John XXIII picked up the thread of devotion. In 1960, the pope issued the apostolic letter Inde a Primis, in which he referred to the Blood of Christ as "price of our ransom, pledge of salvation," urging "the faithful [to] make it the object of their most devout meditations and more frequent sacramental Communions."

In the letter, the pontiff recalled how the faithful, including his own parents, had recited the Litany of the Most Precious Blood every day during July. He also ordered the words "Blessed be His Most Precious Blood" inserted into the Divine Praises, where they remain to this day.

One of the symptoms of secularism is the lessening of devotion to the Precious Blood.

Just nine years later, however, Vatican II removed the feast from the calendar, subsuming it into the Holy Feast of Corpus Christi.

Father John Hardon, S.J., a stalwart of Catholic orthodoxy, maintained that devotion to the Blood of Christ "ought to be in everyone who claims to be a true follower of the Lamb of God." In 1987, Fr. Hardon wrote of the dangers of ignoring it:

The priest underscored the importance of such devotion for Catholics, saying, "Devotion to the Precious Blood is not a spiritual option, it is a spiritual obligation ... for every follower of Christ."

No doubt the faithful remnant will continue to meditate on Christ's bloody sacrifice — from His agony in the Garden to His scourging at the pillar to His crowning with thorns to the full extent of His torture on the Cross. They understand that the endurance of the Church, despite its bloody and bellicose periods (and fickle adjustments), confirms again and again the everlasting power of the Blood of Jesus.

Meditating on His ultimate sacrifice during this hot month of July, may we pick up our crosses, working our way through the narrow gate "inebriated," as St. Catherine said, "with His Blood." 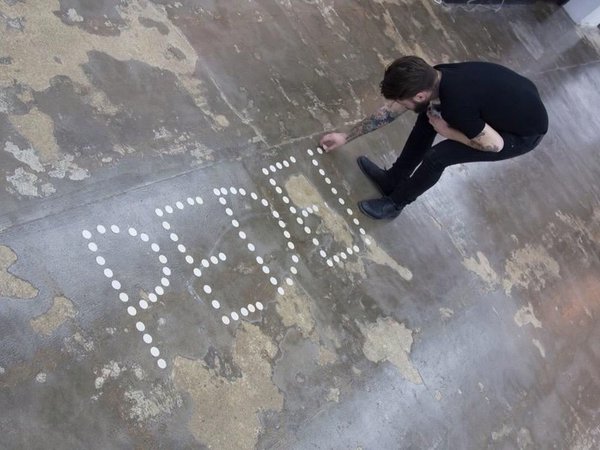