"Uncommon valor was a common virtue"

"You have seen Hell where the souls of poor sinners go. To save them, God wishes to establish in the world devotion to my Immaculate Heart. If what I say to you is done, many souls will be saved and there will be peace. The war is going to end: but if people do not cease offending God, a worse one will break out during the Pontificate of Pius XI."

Almost 27 years after Our Lady of Fatima said these words to Ss. Jacinta and Francisco and Servant of God Lucia Santos, the first airborne troops began to land in France at midnight on June 6, 1944.

7 p.m. EST on June 5 marks 73 years since these first troops arrived and initiated the Allied invasion of Normandy in Nazi-occupied France. What would unfold for the rest of this day would be what is still the largest amphibious invasion in history. By the end of the day, 4,413 Allied troops would die in battle, including 2,499 Americans.

The beach invasion began the almost three-month-long Battle of Normandy, also known by the code name "Operation Overlord." By the end of the entire battle, more than 9,000 Americans, 17,000 British, 5,000 Canadians, as well as over 600 Polish troops would die in combat. Today, these troops are buried across 27 war cemeteries around the world.

In 1998, 54 years after Normandy, people around the world were able to begin to grasp the horrors of what the men saw and endured that day. The opening 27 minutes of Steven Spielberg's film Saving Private Ryan portrayed American Army troops at Omaha Beach being maimed, some killed the instant they exited the landing craft and others dying in agony while crying out to their mother.

All of this suffering was to defeat a German regime that had by this time carried out the genocide of more than 4 million European Jews as part of Hitler's "Final Solution." This genocide was the full blossoming of an ideology of eugenics, still present in the world today.

Out of this milieu, saints were forged. Saint Maximilian Kolbe had been executed three years earlier in Auschwitz but left his life and work for future generations. In Krakow, Poland, a 24-year-old Karol Wojtyla, who would become Pope St. John Paul II, was studying for the priesthood.

Photographs from the battle show us the active faith of Catholic soldiers and the bravery of the priests who risked their lives to provide the sacraments to the Catholic faithful in uniform. Among these were Conventual Franciscan Fr. Ignatius Maternowski, the only Catholic priest killed on D-Day. Father Maternowski was killed by a German sniper while serving with the 508th Parachute Infantry Regiment.

Father Francis L. Sampson, who served with the 501st parachute regiment, was twice captured by the Germans, and went on to continue to serve in both the Korean and Vietnam wars.

Father Joseph Lacy of the 5th Ranger Infantry Battalion spent D-Day administering sacraments and providing comfort to the wounded on the Omaha shore. Both Fr. Sampson and Fr. Lacy were awarded the Distinguished Service Cross for their heroic actions in Normandy.

The Battle of Normandy took place eight months before the U.S. Marines would land and fight the Imperial Japanese Army at the Battle of Iwo Jima in February 1945. It was during this battle that the iconic image of the U.S. flag being raised on top of Mt. Suribachi was taken. Jesuit Fr. Charles Suver, the Catholic chaplain serving the Marines, said Mass for the Marines shortly after the flag was raised.

The HBO series Band of Brothers, depicting the experiences of American troops during the Battle of Normandy, featured commentary by some of the survivors, one who said, "We came from a small, small town and three fellas in that town that were 4F [unfit for service] committed suicide, because they couldn't go. A different time."

Words describing the men in uniform and their actions are now inscribed on the Marine Corps War Memorial in Arlington, Virginia. They are taken from Fleet Admiral Chester W. Nimitz following the Battle of Iwo Jima: "Uncommon valor was a common virtue." 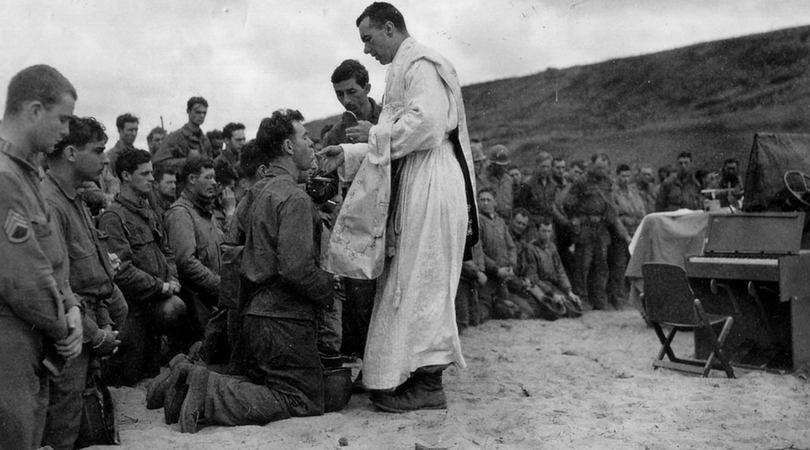 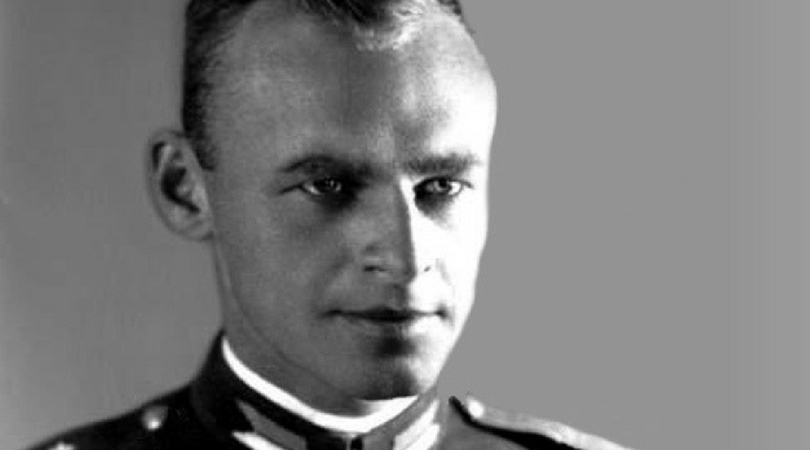 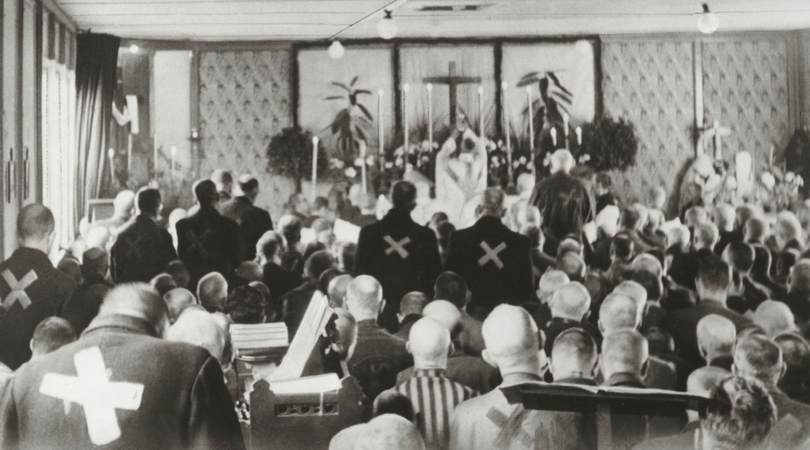 Watch
Light in the Darkness
By Christine Niles   •   0