In an address to the Federalist Society on Thursday, Justice Samuel Alito warned that religious liberty and free speech are being corroded, especially in the wake of COVID-19.

"The pandemic has obviously taken a heavy human toll — thousands dead, many more hospitalized, millions unemployed, the dreams of many small business owners dashed," said Justice Alito. "But what has it meant for the rule of law?"

"The pandemic has resulted in previously unimaginable restrictions on individual liberty," he declared.

"I am not diminishing the severity of the virus' threat to public health," Alito clarified.

It pains me to say this, but in certain quarters, religious liberty is fast becoming a disfavored right.

Putting aside the question of the legality of COVID restrictions, he continued: "I think it is an indisputable statement of fact: We have never before seen restrictions as severe, extensive and prolonged as those experienced for most of 2020."

"Think of all the live events that would otherwise be protected by the right to freedom of speech ... think of worship services — churches closed on Easter Sunday, synagogues closed for Passover and Yom Kippur."

He called the COVID crisis "a sort of constitutional stress test," adding that, "in doing so, it has highlighted disturbing trends that were already present before the virus struck."

One of these is the dominance of lawmaking by executive fiat rather than legislation. The vision of early 20th-century progressives and the New Dealers of the 1930s was that policy-making would shift from narrow-minded elected legislators to an elite group of elected experts — in a word, that policymaking would become more scientific. That dream has been realized, to a large extent.

Alito described the pandemic as a time of "sweeping restrictions imposed, for the most part, under statutes that confer enormous executive discretion."

To illustrate, the High Court justice pointed to Nevada, where state law allows the governor tremendous powers in the event of "a natural, technological or man-made emergency or disaster of major proportions."

Under Nevada law, he noted, "the governor can perform and exercise such functions, powers and duties as are necessary to promote and secure the safety and protection of the civilian population."

"To say that this provision confers broad discretion would be an understatement," Alito observed.

What we see in this statute, and in what was done under it, is a particularly developed example of where the law, in general, has been going for some time — in the direction of government by executive officials who were thought to implement policies based on expertise and, in the purest form, scientific expertise. Laws giving an official so much discretion can, of course, be abused. And whatever one may think about the COVID restrictions, we surely don't want them to become a recurring feature after the pandemic has passed. All sorts of things can be called an emergency or disaster of major proportions. Simply slapping on that label cannot provide the ground for abrogating our most fundamental rights.

And as the COVID restrictions have ushered in a movement toward rule by experts, "litigation about those restrictions has pointed up emerging trends in the assessment of individual rights. This is especially evident with respect to religious liberty," Alito noted.

"It pains me to say this but in certain quarters, religious liberty is fast becoming a disfavored right," he warned.

To quote a popular Nobel Laureate, it's not dark yet, but it's getting there.

Justice Alito noted that the rising hostility toward religious freedom "marks a surprising turn of events":

Consider where things stood in the 1990s ... . When a Supreme Court decision called Employment Division v. Smith cut back sharply on the protection provided by the Free Exercise Clause of the First Amendment, Congress was quick to respond. It passed the Religious Freedom Restoration Act (RFRA) to ensure broad protection for religious liberty. The law had almost universal support. In the House, the vote was unanimous. In the Senate, it was merely 97–3. And the bill was enthusiastically signed by President Clinton.

But today, Alito lamented, "that wide support has vanished. When states have considered or gone ahead and adopted their own versions of RFRA, they have been threatened with punishing economic boycotts."

Alito went on to spotlight specific cases demonstrating the growing hostility toward faith in the United States:

Take the protracted campaign against the Little Sisters of the Poor. Despite their inspiring work, the Little Sisters have been under unrelenting attack for the better part of a decade. Why? Because they refuse to allow their health insurance plan to provide contraceptives to their employees. For that, they were targeted by the prior administration.

If they did not knuckle under and violate a tenet of their faith, they faced crippling fines — fines that would likely have forced them to shut down their homes. Last spring, the Little Sisters won their most recent battle in the Supreme Court ... but the case was sent back to the court of appeals, and the Little Sisters' legal fight goes on and on.

Another example Alito provided involved a Christian pharmacy in the state of Washington.

The state of Washington adopted a rule requiring every pharmacy to carry every form of contraceptive approved by the Food and Drug Administration, including so-called morning-after pills, which destroy an embryo after fertilization. A pharmacy called Ralph's was owned by a Christian family. Opposed to abortion, they refused to carry abortifacients. If a woman came to the store with a prescription for such a drug, the pharmacy referred her to a nearby store that was happy to provide it — and there were 30 such stores within five miles of Ralph's. But to the state of Washington, that was not good enough — Ralph's had to provide the drugs itself or get out of the state.

Alito also recalled the case of Jack Phillips, the Colorado baker who refused to create a cake celebrating a same-sex "wedding." He quoted a member of the Colorado Civil Rights Commission, who blasted religious liberty as being used "to justify all kinds of discrimination throughout history, whether it be slavery, whether it be the holocaust — we can list hundreds of situations where freedom of religion has been used to justify discrimination."

The Court nevertheless deferred to the governor's judgment, which just so happened to favor the state's biggest industry and the many voters it employs.

"A great many Americans disagree, sometimes quite strongly, with the religious beliefs of the Little Sisters, the owners of Ralph's and Jack Phillips," Alito continued. And although he said they have a "perfect right to do so," he emphasized: "The question we face is whether our society will be inclusive enough to tolerate people with unpopular religious beliefs."

"To quote a popular Nobel Laureate, it's not dark yet, but it's getting there," Alito warned.

No 'Craps Clause' in Federal Law

Alito noted that the growing hostility to faith has been ramped up in punitive COVID-19 restrictions:

Over the summer, the Supreme Court received two applications to stay COVID restrictions that blatantly discriminated against houses of worship — one from California, one from Nevada. In both cases, the court allowed the discrimination to stand. The only justification given was that we should defer to the judgment of the governors because they have the responsibility to safeguard the public health.

"Consider what that deference meant in the Nevada case," Alito explained. "After initially closing the state's casinos for a time, the governor opened them up and allowed them to admit 50% of their normal occupancy. And since many casinos are enormous, that is a lot of people."

The governor also made a point of inviting people from all over the country to visit the state, Alito explained. "So if you go to Nevada, you can gamble, drink and attend all sorts of shows."

[H]ere's what you can't do: If you want to worship and you're the 51st person in line, sorry, you are out of luck. Houses of worship are limited to 50 attendees. The size of the building doesn't matter, nor does it matter if you wear a mask and keep more than six feet away from everybdy else. And it doesn't matter if the building is carefully sanitized before and after a service. The state's message is this: Forget about worship and head for the slot machines or maybe a Cirque du Soleil show.

Now deciding whether to allow this disparate treatment should not have been a very tough call. Take a quick look at the Constitution. You will see the Free Exercise Clause of the First Amendment, which protects religious liberty. You will not find a craps clause, or a blackjack clause, or a slot machine clause.

Alito emphasized that Nevada had no plausible justification for treating casinos more favorably than houses of worship, "but the Court nevertheless deferred to the governor's judgment, which just so happened to favor the state's biggest industry and the many voters it employs.

Alito also gave another warning: "Support for freedom of speech is also in danger, and COVID rules have restricted speech in unprecedented ways."

"Even before the pandemic, there was growing hostility to the expression of unfavorable views," he noted. "You can't say that marriage is a union between one man and one woman. Until very recently, that's what the vast majority of Americans thought. Now, it's considered bigotry."

That this would happen after our decision in Obergefell [the 2015 case legalizing same-sex "marriage"] should not have come as a surprise. Yes, the opinion of the Court included words meant to calm the fears of those who cling to traditional views on marriage. But I could see, and so did the other justices in dissent, where the decision would lead.

Alito recalled what he wrote in his Obergefell dissent: "I assume that those who cling to old beliefs will be able to whisper their thoughts in the recesses of their homes. But if they repeat those views in public, they will risk being labeled as bigots and being treated as such by governments, employers and schools." 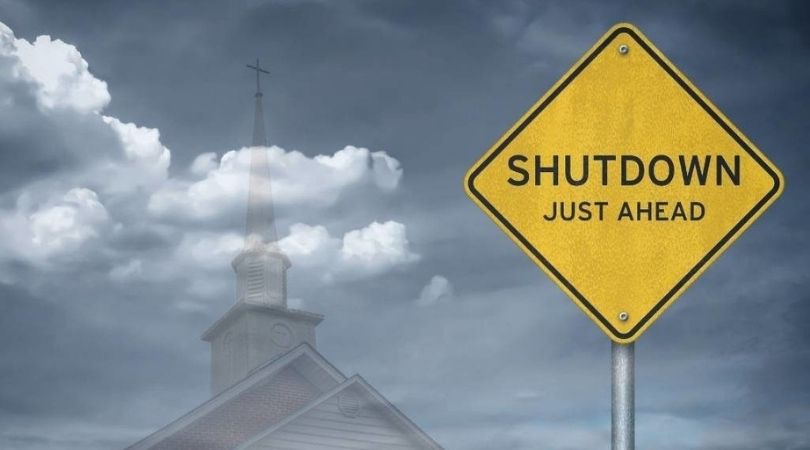