Justice Kavanaugh: ‘I Will Always Be Not Afraid’

WASHINGTON (ChurchMilitant.com) - More than a year after being appointed to the U.S. Supreme Court, Justice Brett Kavanaugh has made his first high-profile appearance in a speech that was met with a number of standing ovations.

Kavanaugh delivered the keynote address at the Antonin Scalia Memorial Dinner on Nov. 14, hosted by The Federalist Society. When he took the podium, the 2,300 people in attendance greeted him with minute-long applause on their feet.

During his speech at the black-tie event in the nation's capital, Kavanaugh provided a glimpse into what his personal life has been like during last year's political brawl over his confirmation to the nation's highest court.

My friends paid a heavy price, way too heavy a price.

He told the crowd gathered in Union Station, "There's a saying that adversity introduces a man to himself; it also reveals your true friends."

"My friends paid a heavy price, way too heavy a price," Kavanaugh remarked. "In the midst of it all, they stood up and they stood by me."

The Federalist Society dinner took place at the start of its 2019 National Lawyers Convention.

During his speech, Kavanaugh declared, "I will always 'be not afraid'" — referencing one of the most common phrases in the Bible.

He recalled the phrase "be not afraid" from a hymn he heard in high school, and often repeated the words to himself last year during the highly contentions confirmation process.

I signed up for what I knew would be an ugly process.

"I signed up for what I knew would be an ugly process," Kavanaugh remarked, but "maybe not that ugly."

Kavanaugh began choking up as he spoke about his youngest daughter's prayers at the time of the confirmation process. Last year, he similarly became emotional when he told the Senate Judiciary Committee that his 10-year-old wanted to pray for his accuser.

He joked with dinner attendees as he tried to regain his composure, "Matt Damon would have made it through this" — a reference to a Saturday Night Live skit last year where Damon parodied Kavanaugh during a Senate Judiciary Committee hearing.

The Supreme Court Justice exhorted the audience to be unafraid in the pursuit of justice.

Demonstrators set up a large video screen outside Union Station playing a clip from Ford's testimony before the judiciary committee.

The dinner is named after the late Supreme Court justice who passed away in 2016. Justice Scalia has been described as a constitutionalist. He was known to be a devout Catholic, and believed there is no constitutional right to abortion.

Near the beginning of Kavanaugh's speech, a number of protesters interrupted, blowing whistles and shouting. There was resounding applause as the disruptors were escorted from the premises.

Kavanaugh has largely avoided the limelight after being confirmed to the nation's highest court last year. His speech at Thursday's dinner has been called his very first high-profile speech as a Supreme Court Justice.

President Donald Trump nominated Kavanaugh to the Supreme Court in July 2018. After the nomination moved forward to the Senate Judiciary Committee for approval, a woman's sexual assault allegation against Kavanaugh was leaked to the press.

That accuser, Blasey Ford, claims Kavanaugh sexually assaulted her at a party in the 1980s when they both were in high school. Ford's allegation, in the form of a confidential letter to California Democrat Senator Dianne Feinstein, was leaked to the media after Kavanaugh's initial appearance at the Senate Judiciary Committee.

Returning to the committee in a later public hearing, Kavanaugh insisted on his innocence, passionately defending his reputation in an emotional speech in September 2018.

Kavanaugh's nomination passed in the committee, and the Senate voted 50–48 that October to confirm him to the Supreme Court.

Earlier this year, video came to light of Ford's attorney telling a group of students that her client's allegations against Kavanaugh were motivated by abortion.

In related news, leftist advocacy group Demand Justice has launched a petition slamming Facebook, after the social media giant was listed as a sponsor of the Antonin Scalia Memorial Dinner. The organization accused Facebook of being complicit in "the rehabbing of Brett Kavanaugh's reputation."

In like manner, Democrat presidential hopeful Sen. Elizabeth Warren criticized Facebook for giving money to the conservative-leaning event, accusing the company of "corruption." 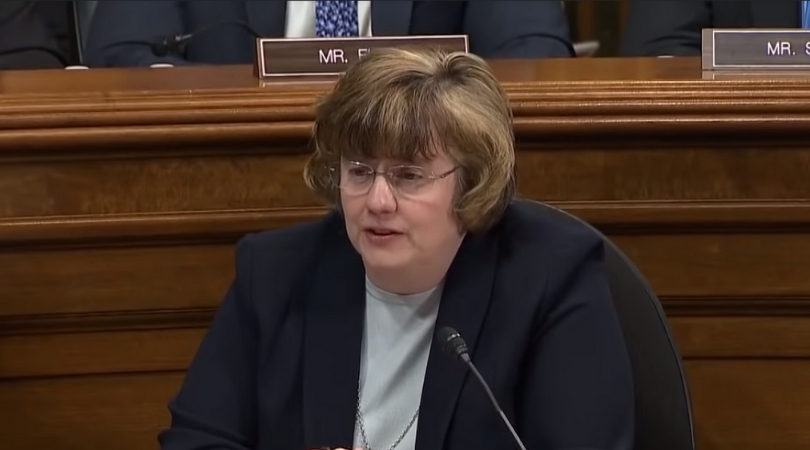