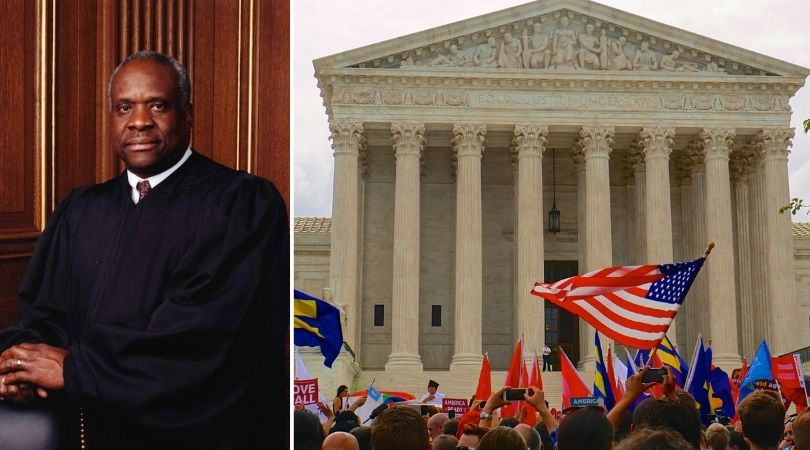 WASHINGTON (ChurchMilitant.com) - In a move that has made liberals nervous, Catholic Supreme Court Justice Clarence Thomas has issued a statement blasting the Court's 2015 ruling legalizing gay marriage as a right "found nowhere in the text" of the Constitution and a threat to religious liberty.

Joined by fellow Catholic Justice Samuel Alito, the statement was written Monday in response to the Court's decision to deny the petition to hear the case of Kentucky clerk Kim Davis, briefly jailed in 2015 for refusing to sign same-sex marriage certificates on reasons of conscience and religious belief.

Both justices had dissented (along with Chief Justice John Roberts and Justice Antonin Scalia) in the 2015 case Obergefell v. Hodges, which forced the legalization of gay marriage in all 50 states.

The Court read a right to same-sex marriage into the Fourteenth Amendment, even though that right is found nowhere in the text

"In Obergefell v. Hodges ... the Court read a right to same-sex marriage into the Fourteenth Amendment, even though that right is found nowhere in the text," Thomas begins in his statement, going on to say the question should have been left to the democratic process.

"The Court, however, bypassed that democratic process," he noted. "Worse still, though it briefly acknowledged that those with sincerely held religious objections to same-sex marriage are often 'decent and honorable,' the Court went on to suggest that those beliefs espoused a bigoted worldview."

Davis, a devout Christian, had served as a Rowan county clerk in Kentucky; her responsibilities included authorizing marriage licenses. After the Court handed down Obergefell v. Hodges in 2015, forcing the legalization of same-sex marriage throughout the country, "Davis found herself faced with a choice between her religious beliefs and her job," Thomas wrote.

Davis was sued for violating the "constitutional rights" of gay couples, and was jailed for five days for her refusal to comply.

Pope Francis reportedly privately met with Davis in 2015, giving her two Rosaries and offering her words of encouragement. But former Vatican spokesmen Fr. Federico Lombardi and Fr. Thomas Rosica denied the accounts, claiming Davis was one among many who visited the pope that day and that the meeting had been sprung on him by surprise.

Papal whistleblower Abp. Carlo Maria Viganò, responsible for setting up the meeting, cleared the record, claiming that both Lombardi and Rosica were lying: "He embraced her affectionately, thanked her for her courage, and invited her to persevere. Davis was very moved and started crying."

Justice Thomas noted that Davis is only one among many "victims" of the Court's questionable jurisprudence in Obergefell.

"Davis may have been one of the first victims of this Court's cavalier treatment of religion in its Obergefell decision, but she will not be the last," he warned. "Due to Obergefell, those with sincerely held religious beliefs concerning marriage will find it increasingly difficult to participate in society without running afoul of Obergefell and its effect on other antidiscrimination laws."

He characterized the ruling as representing "atextual constitutional rights" that leave "those with religious objections in the lurch."

"Obergefell enables courts and governments to brand religious adherents who believe that marriage is between one man and one woman as bigots, making their religious liberty concerns that much easier to dismiss," he added.

While Thomas agreed with denying Davis' petition for certiorari, he noted that her petition was "a stark reminder of the consequences of Obergefell."

"By choosing to privilege a novel constitutional right over the religious liberty interests explicitly protected in the First Amendment, and by doing so undemocratically, the Court has created a problem that only it can fix," he wrote. "Until then, Obergefell will continue to have 'ruinous consequences for religious liberty.'"

Davis may have been one of the first victims of this Court's cavalier treatment of religion in its Obergefell decision, but she will not be the last.

Left-leaning media are ringing the alarm that Thomas' statement could signal the eventual end of gay marriage in the United States, especially as another Catholic conservative, Judge Amy Coney Barrett, has been tapped to fill Justice Ruth Bader Ginsburg's seat.

"If you think same-sex marriage isn't in danger of being overturned, Justice Clarence Thomas would like you to think again," wrote Jay Michaelson for the Daily Beast.

"The stance taken by Thomas and Alito, two of the Court's most conservative justices, comes as the Senate is moving forward quickly with the confirmation process for President Donald Trump's Supreme Court nominee Amy Coney Barrett, a favorite of Christian conservatives," HuffPost warned.

"It is appalling that five years after the historic decision in Obergefell, two justices still consider same-sex couples less worthy of marriage than other couples," said James Esseks, attorney for the American Civil Liberties Union, in comments to The New York Times.

While Judge Barrett has not issued any judicial opinions touching on gay marriage, as an originalist, she would likely agree with the opinion of her mentor and former boss, Justice Antonin Scalia, who wrote in his scathing dissent inObergefell:

This practice of constitutional revision by an unelected committee of nine, always accompanied (as it is today) by extravagant praise of liberty, robs the People of the most important liberty they asserted in the Declaration of Independence and won in the Revolution of 1776: the freedom to govern themselves. ...

This is a naked judicial claim to legislative — indeed, super-legislative — power; a claim fundamentally at odds with our system of government.

Barrett's confirmation hearings are set to begin on Oct. 12. 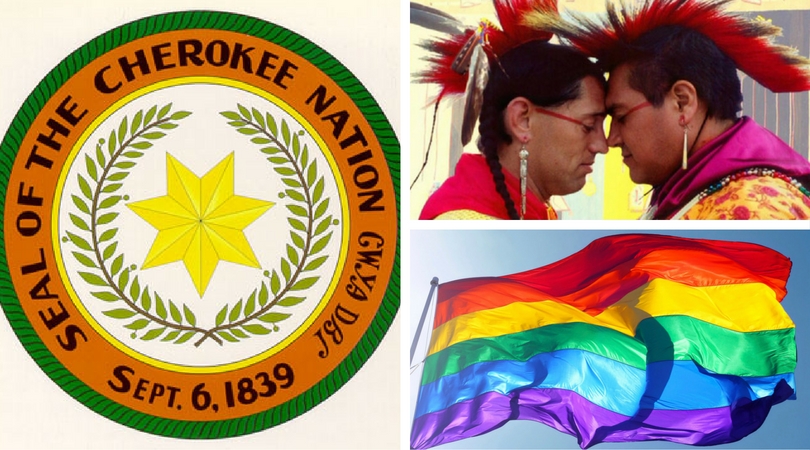 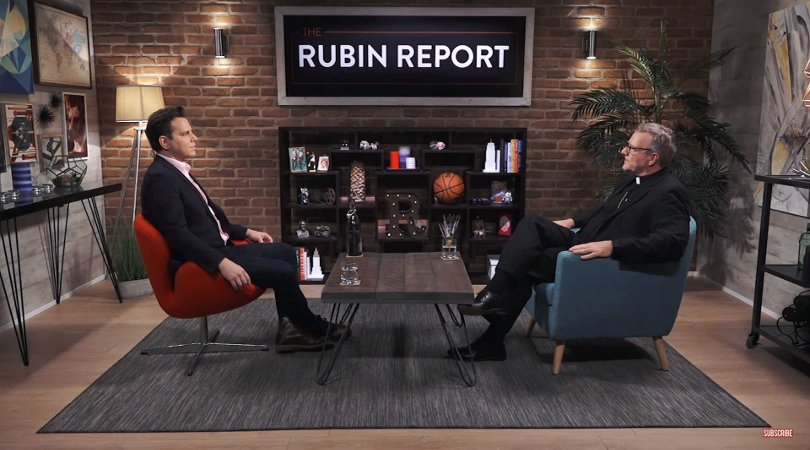