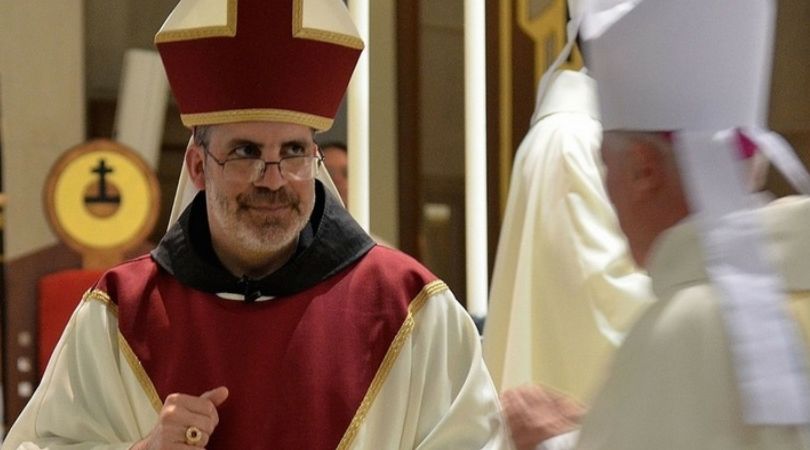 LEXINGTON, Ky. (ChurchMilitant.com) - Bishop John Stowe used Pride Month to proclaim his support for the LGBT community in the diocese of Lexington, Kentucky.

Stowe offered his support on Twitter as LGBT events commenced: "With Lexington Pride underway, I am grateful for the presence of people of faith reaching out to those who have been turned away or felt rejected by the Church. Our arms are open to all who seek the Lord with good will!"

With Lexington Pride underway, I am grateful for the presence of people of faith reaching out to those who have been turned away or felt rejected by the Church. Our arms are open to all who seek the Lord with good will!

The bishop also issued a prayer card in celebration of Pride Month that includes a San Damiano cross with a rainbow glowing over it and a prayer written by the bishop. It was distributed throughout the Lexington diocese by the Catholic LGBTQ Ministry and Fortunate Families in Lexington.

Celebrity priest Fr. James Martin promoted the card on social media, noting that the Stowe "marks #PrideMonth in his Diocese."

Bishop John Stowe of Lexington, Kentucky, @BpStowe has written this new prayer to be distributed this weekend at #PrideMonth events by the Catholic LGBTQ Ministry and Fortunate Families in Lexington. pic.twitter.com/wKsiDToTSQ

The prayer card uses Psalm 139 to imply that people are born gay and that God is pleased with homosexuality:

My prayer is that each of us can celebrate that glorious discovery of how we are made and loved by God who knows us intimately and who calls us to a deeper relationship with Himself.

When we acknowledge this in ourselves, we have to be able to see this beauty in each other. There are so many things which can divide us, let's all come together in the recognition that we are wonderfully made and we are made to reflect the glory of God.

One Twitter user reacted to the prayer by asking: "Am I the only one that sees that this prayer goes against church teaching."

The Catechism of the Catholic Church (CCC) says that homosexual acts "are contrary to the natural law. They close the sexual act to the gift of life" (CCC 2357–2359).

Church teaching remains firm on acts of homosexuality: "Under no circumstances can they be approved."

Homophobia is a sin.

For the second year in a row, and with Stowe's full permission, St. Paul Catholic Church in Lexington put up a rainbow banner to broadcast its support of the LGBT community which reads: "LGBTQ+ Catholic - Family, Friends & Allies — All Are Welcome."

"This is a church that's open to all people and hopefully, this sign gets that across," said Stan Zerkowski, executive director of Fortunate Families and facilitator of Catholic LGBT Ministry in Lexington.

"Homophobia is a sin," he added.

Saint Paul's pastor, Fr. Chris Clay, said to his parishioners that the banner represents "a small way of counteracting any experiences of hostility, rejection and silent treatment that LGBTQ Catholics may have experienced."

Stowe's participation in the activities of New Ways Ministry, a Church-condemned activist group run by a censured nun, has not sat well with many Kentucky Catholics.

At the dissident organization's "Justice and Mercy Shall Kiss: LGBT Catholics in the Age of Pope Francis" conference in Chicago in 2017, Stowe said he has been "observing and admiring" the heterodox group's outreach to LGBT Catholics over several years.

"New Ways Ministry made me want to come here," he said.

The bishop told the pro-LGBT assembly that the infinite value of the human person is "the touchstone and foundation for determining the morality of a given act or issue," not "rules, norms or commandments."

"The flack has been 'enormous' and 'vicious,'" Stowe said, speaking to his participation in the New Ways Ministry conference, describing detractors as "self-righteous strangers."

In a radio interview at the time, responding to Church Militant's report on Stowe, he denounced Church Militant as "self-appointed watchdogs of orthodoxy" akin to "the Pharisees and the scribes."

Stowe erroneously blamed Covington Catholic High School students who attended the March for Life in Washington, D.C. in January. In an op-ed, Stowe blasted the students caught in the web of fake news about their encounter with a Native American elder at the march.

Stowe denounced Church Militant as 'self-appointed watchdogs of orthodoxy' akin to 'the Pharisees and the scribes.'

The LGBT advocate said he joined the diocese of Covington and other Catholic leaders "in apologizing in the wake of this incident."

The students wearing pro-Trump apparel at the March for Life in Washington, D.C., is problematic, he said.

"I am ashamed that the actions of Kentucky Catholic high school students have become a contradiction of the very reverence for human life that the (March for Life) is supposed to manifest," Stowe wrote.

Even after Covington High School students were cleared of any wrongdoing after an independent investigation, Stowe failed to issue a correction or an apology. 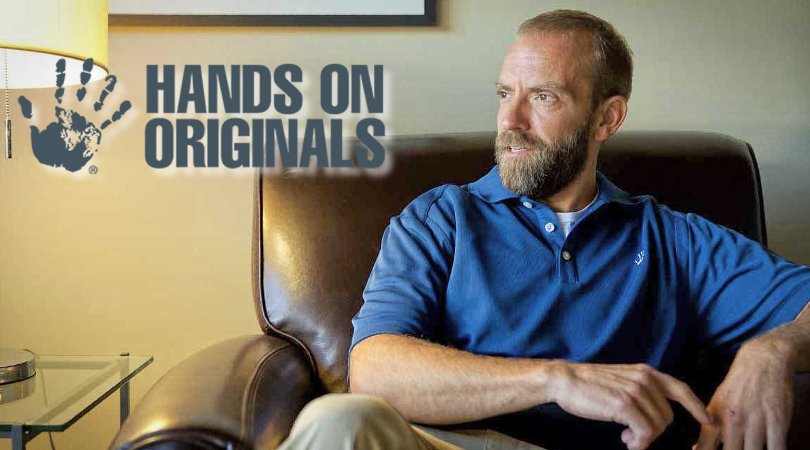