CHICAGO (ChurchMilitant.com) - In spite of Church Militant's reports last year highlighting the scandal caused by a Kentucky bishop's participation at an upcoming pro-LGBT symposium, Bp. John Stowe is going forward with the invitation.

In December, Church Militant reported that Stowe, head of the Lexington diocese, would be speaking at a pro-gay event in Chicago hosted by dissident New Ways Ministry, a Church-condemned activist group run by a censured nun. Stowe immediately took to the airwaves, denouncing Church Militant as "self-appointed watchdogs of orthodoxy" akin to "the pharisees and the scribes that Jesus is frequently arguing with in the gospel who are quick to point their fingers at others and quick to lay burdens on them without themselves offering a finger to lift their load."

Stowe denounced Church Militant as 'self-appointed watchdogs of orthodoxy' akin to 'the pharisees and the scribes.'

New Ways is hosting its eighth annual symposium, titled "Justice and Mercy Shall Kiss: LGBT Catholics in the Age of Pope Francis," held April 28–30 in Chicago.

On the radio program, Stowe explicitly acknowledged the dissident history of New Ways, admitting it's a "controversial ministry," but rationalized his public association by holding up Pope Francis' more "pastoral" example.

"[It] would be irresponsible not to accept an invitation," Stowe claimed on the radio show. "I think Pope Francis has signaled that we need to take another look at those things" — in spite of the fact that the Holy Father has flatly rejected the possibility of same-sex "marriage."

"There are absolutely no grounds for considering homosexual unions to be in any way similar or even remotely analogous to God's plan for marriage and family," Pope Francis wrote in his apostolic exhortation Amoris Laetitia — a passage often ignored by liberal bishops wishing to promote a different agenda under the cover of "mercy" and "accompaniment."

Stunningly, Stowe refused to answer the question posed by the radio host whether the Church might one day declare gay sex morally licit.

The bishop used the opportunity to criticize the language of the Church in describing homosexual acts as "intrinsically disordered."

"I think it's fair to say that the language is not helpful," he remarked. "We live in an age of sound bites, and to hear just that phrase is tantamount to hearing an outright rejection."

"That can't be the message of the gospel," he insisted. "That was not Jesus' approach."

He then put forth the possibility that Church doctrine could change with regard to homosexuality, bringing up the example of Her evolving teaching on usury and slavery. 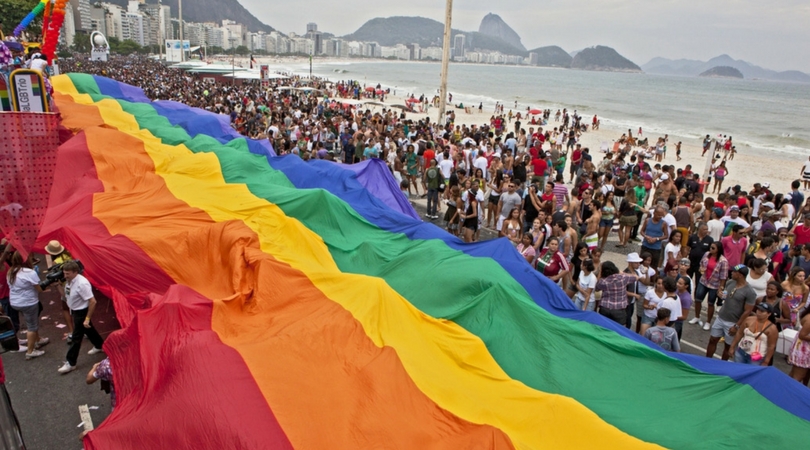