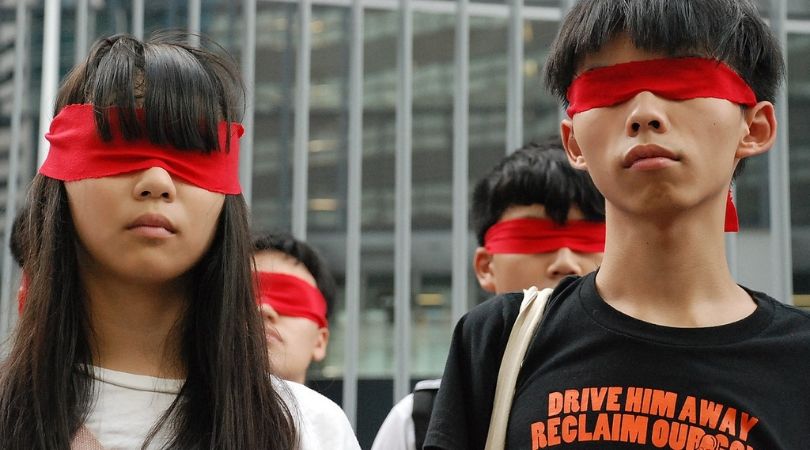 Standard-bearers of religious and political freedom

HONG KONG (ChurchMilitant.com) - Freedom-loving Hong Kong protestors ⁠— from various religious backgrounds ⁠— have been inspired by Catholic beliefs and believers. Key protest leaders say their faith is what inspires them to continue despite violent crackdowns ⁠— even imprisonment ⁠— by the government.

Agnes Chow and Joshua Wong, both 22-year-old protest leaders, trace their dedication and fortitude to the Hong Kong protestors to the faith of their fathers.

They were arrested between Thursday night and Friday afternoon on various charges of participating in "separatist" activities by Hong Kong police. Both are key members of Demosistō (香港众志), a pro-democracy organization protesting the extradition bill and advocating self-determination for Hong Kong.

Breaking news reports that Carrie Lam, chief executive of Hong Kong, has withdrawn the extradition bill on Wednesday after three months of protest in Hong Kong.

She said, "I do think that my participation in social movements is affected by my religion," recollecting her father took her to church in her youth."

I believe that many other Christians and Catholics in Hong Kong ... care a lot about society ... many of the Christian participants of this movement sang 'Hallelujah to the Lord' ... especially for example when the police are going to stop our protest or when there are some guys who are criticizing us.

Chow added that the protestors "put their religious beliefs into their participations in the society and in the social movement," adding, "I do think that the religious belief and what we learn from our religion and the Bible gives us our belief and courage to fight for freedom and rights for Hong Kong people."

1. Two months after I got released from prison, I’m arrested again. Even though it’s a heavy cross to bear, I expected that I would be arrested and prosecuted in this movement again.

Wong unabashedly identifies as Christian on his social media accounts and says religion is a primary driving force behind his activism. He started going to church when he was three years old. He also attended United Christian College (Kowloon East), a private Christian middle school.

In an essay, Wong wrote:

Christianity teaches me that the most powerful being is God. No human being can have supreme power over other human beings, and no one is perfect because all of us have original sin. There are many high officials and legislators who are also Christians, so religion does not have the same effect on everyone. For me, the teaching of Christianity has laid a good foundation to be concerned about elderly people who live alone, and many other social justice issues.

Wong says his father took him to the poorer areas of Hong Kong when he was 6 or 7 years old.

"He told me that I should care for the abandoned in the city. They had not heard of the gospel, and were living solitary and hard lives," he wrote in a blog.

Wong attributes his organizational and speaking skills to his involvement in church groups.

Chow and Wong are not the only ones who protest in faith. One of the defining features of the anti-extradition bill protests in general is the visible presence of Catholic and other Christian protestors.

Evidence of their presence is the almost constant chorus of "Sing Hallelujah to the Lord," a minor-keyed song that has become an "unlikely" anthem of the protests for Christians ⁠— and non-Christians ⁠— alike.

'Sing Hallelujah to the Lord,' a minor-keyed song has become an 'unlikely' anthem of the protests for Christians ⁠— and non-Christians ⁠— alike.

One newscaster said that "150 rounds of tear gas, rubber bullets and pepper spray from the police" are met with a chorus of "Sing Hallelujah to the Lord." Reports of "mobs of masked pro-China thugs" have joined Hong Kong police, "violently attacking peaceful protesters and forcing the hospitalization of dozens."

According to This Week in Asia, exact figures on the number of Christians who have joined the protests and the anti-extradition movement is difficult to ascertain. Many of the gatherings are not organized, with many simply showing up.

This source also points out that "pragmatically, faith is a useful device for defusing tension, so Christians placed themselves between police and protesters during the stand-off. Later, it provided a cover of legitimacy, as religious gatherings do not require a permit for public meetings under the Public Order Ordinance."

Chow and Wong were released on bail on Friday. They condemned the Chinese Communist regime and the brutality of Hong Kong's police force in remarks to media.

They have been involved in protests for some years, wearing red blindfolds to symbolize students figuratively blinded by China's political power at a protest in September 2014.

Lam, who is a Catholic, has until today refused to totally withdraw the bill that would allow sending Hong Kong people to China to stand trial. 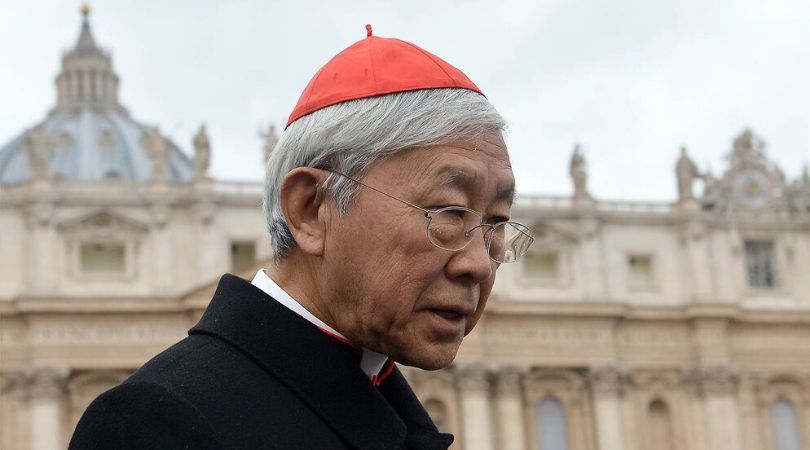