FRANKFORT, Ky. (ChurchMilitant.com) - A Kentucky public servant who stood against homosexual marriage just published a book about her journey.

Kim Davis was county clerk in rural Rowan County. In 2015, after the Supreme Court ruled in favor of recognizing homosexuality as marriage, Davis refused to issue marriage licenses to same-sex couples. Homosexual activists took Davis to task. She spent six days in jail for contempt of the court for her stance against same-sex "marriage."

Davis later faced a lawsuit from the gay couples whom she declined to marry. A federal judge dismissed the lawsuits in August 2016, but one gay couple's lawsuit was reinstated by an appeals court in May 2017.

Now, Davis has written a book about her life and the controversy that made her famous. The memoir is titled Under God's Authority: The Kim Davis Story.

Reports on Davis' newly-released book are few in number and far from flattering. Liberals like HuffPo look for ways to bash Davis and her book. As of this report's publication, conservative sources have yet to pick up the lead.

One thing that many journalists have highlighted is the phrase "furious, fist-pounding homosexual men." An official description of Davis' book uses this phrase in reference to the gay couples who tried to sue her. In consequence, the Left is accusing Davis and the publishers of being "homophobic."

The book description states, "Kim chronicles her dramatic encounters with furious, fist-pounding, homosexual men and the hate mail that flooded her office."

Kim chronicles her dramatic encounters with furious, fist-pounding, homosexual men and the hate mail that flooded her office.

Some of Davis' critics point out that she has divorced and remarried several times. They allege she is being a hypocrite since the Bible also condemns divorce.

The book cover includes quotes from Kentucky's Republican Gov. Matt Bevin. It has him stating, "When history called upon Kim, she was both ready and willing to respond. Will the same be said of you?"

In September 2015, Pope Francis had a secretive meeting with Davis during his visit to the United States. The Holy Father had been following Davis' story in the news and wanted to meet her in person.

When word of the secret meeting got out, leftists in the Vatican went into damage control mode. For instance, Fr. Federico Lombardi of the Holy See Press Office told reporters, "The pope did not enter into the details of the situation of Mrs. Davis, and his meeting with her should not be considered a form of support of her position in all of its particular and complex aspects." 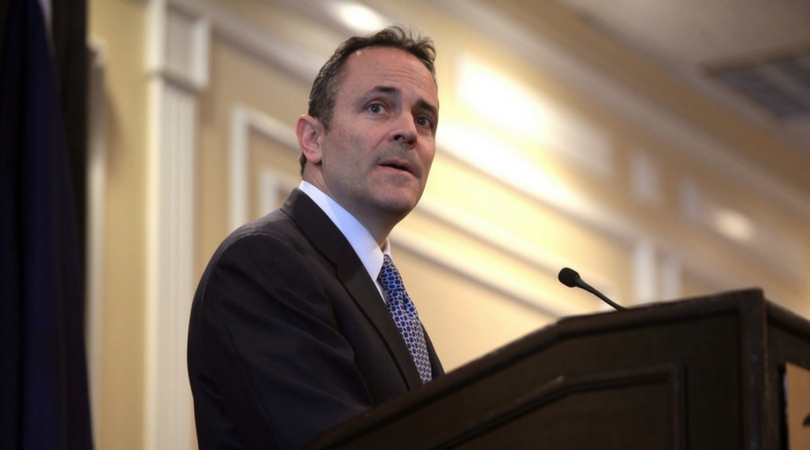