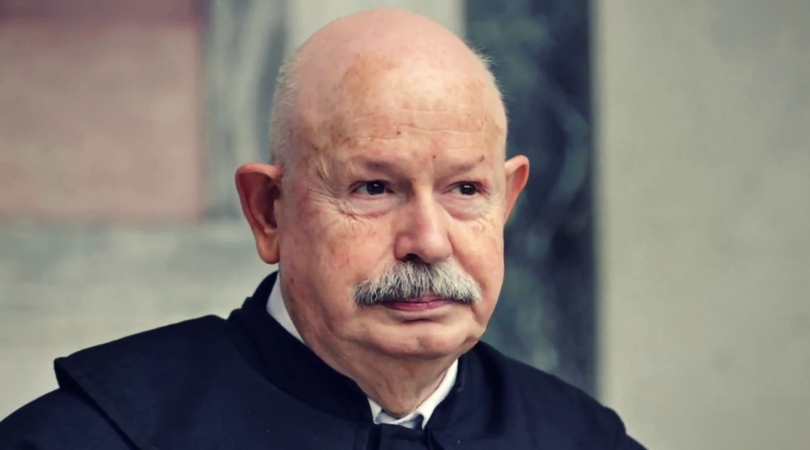 ROME (ChurchMilitant.com) - The Knights of Malta are cracking down on the Traditional Latin Mass.

Fra' Giacomo Dalla Torre is head of the Sovereign Military Order of Malta, a large international lay order. In a June 10 memo to other leaders of the order, Dalla Torre announced a ban on the Traditional Latin Mass, also called the Extraordinary Form, at the order's official liturgical functions — such as investitures of new members and Mass during the order's pilgrimages.

The memo states in part:

I have thus decided, as supreme guarantor of the cohesion and communion of the Order of St. John of Jerusalem of which Providence made me Grand Master, that henceforth all the liturgical ceremonies within our Order must be performed according to the ordinary rite of the Church (rite of St. Paul VI) and not the extraordinary rite (Tridentine rite).

Dalla Torre continues, "This decision applies to all the official liturgical celebrations such as investitures, masses during our pilgrimages, memorial masses, as well as the feasts and solemnities of the Order."

Officially titled the prince and grand master of the order, Dalla Torre cites unity and "communion" within the order as a reason for his decision.

"As religious Superior and Sovereign of the Order," Dalla Torre states, "it is my duty to ensure that this communion is present in every aspect of our Order's life. Among all the elements which constitute our spiritual life, the question of the liturgy to use in our celebrations has a particular significance."

In the memo, Dalla Torre references Pope Benedict XVI's decree Summorum Pontificum, which stated that parish priests are allowed to offer the Extraordinary Form without needing special permission from their bishop or from Rome.

But Dalla Torre focused on a different part of Summorum Pontificum, saying:

As you all know, Pope Benedict XVI's Motu Proprio Summorum Pontificium [sic], albeit leaving every priest the freedom to celebrate privately in an extraordinary form [sic], nevertheless states that inside a religious institute the matter is to be decided by the Major Superior according to the norm of law and their particular statutes.

Dalla Torre's June 10 decree repeatedly misspells "Summorum Pontificum" as "Summorum Pontificium." This, along with odd phrasing in places, led some to doubt the authenticity of the document. But several media organizations have confirmed with representatives of the Order of Malta that the memo is real.

Some reporting suggests this is not a new policy, but a "reminder" by Dalla Torre to continue existing practice.

Cardinal Raymond Burke is the cardinal patron of the Knights of Malta. Cardinal Burke has long been known as a promoter of the Extraordinary Form and an ally to tradition-minded Catholics.

The Order of Malta has been troubled in recent years by a string of scandals.

In January 2017, Matthew Festing resigned from being grand master of the Knights of Malta, a post that is normally for life. He stepped down at the request of Pope Francis. No reasons were given for the Pope's request, which was unprecedented in the Order of Malta's history. However, many suspected Francis' move was in response to Festing's suspension of disgraced Grand Chancellor Albrecht von Boeselager.

After an internal investigation determined von Boeselager was complicit in a scheme to dole out contraceptives in poor countries around the world, Festing repeatedly called on him to resign. Von Boeselager disobeyed these orders from Festing, which eventually led to Festing suspending him.

In April 2017, Church Militant reported on a document, circulated internally among the order's members, which stated that von Boeselager wanted vengeance against Festing for the suspension, so he went to Cdl. Reinhard Marx, a fellow German, for help.

That internal document suggested that von Boeselager, with the help of Cdl. Marx and others, maneuvered and applied pressure in the Vatican such that he would be reinstated and Festing would resign.

Just one day after Festing resigned as prince and grand master, von Boeselager was reinstated as grand chancellor.

It was a few months after Festing's resignation that Dalla Torre was elected as an interim leader of the order. About a year after that, he was elected grand master.

Allegedly, von Boeselager has a lot of sway over Dalla Torre. Last October, an anonymous Order of Malta member told Church Militant that von Boeselager is the one "who is now in real control of the Order, despite never being elected grand master."

"He is merely using the grand master to serve his own purposes," the source added.