Fra' Giacomo Dalla Torre will lead for period of one year

ROME (ChurchMilitant.com) - In a closed-door meeting Saturday, the Knights of Malta elected Fra' Giacomo Dalla Torre to be its new interim leader — a role he held in 2008 after the passing of Grand Master Fra' Andrew Bertie and election of Grand Master Fra' Matthew Festing. Dalla Torre's most recent position was as grand prior in charge of the order's Rome chapter.

The Sovereign Military Order of Malta made the announcement on its website:

Fra 'Giacomo dalla Torre del Tempio di Sanguinetto was elected this morning the Lieutenant Grand Master of the Sovereign Order of Malta. The Council Complete of State, the elected body, met in the Magistral Villa in Rome, one of the two institutional bodies of the Order of Malta.

In a last-minute twist earlier this week, the order was asked to elect an interim head for a temporary period, rather than for the usual life tenure. Ludwig Hoffmann von Rumerstein, interim Grand Chancellor, sent the email to members Tuesday making the recommendation. The title of the interim leader is Lieutenant of the Grand Master, and he will have one year to implement proposed reforms.

Von Rumerstein, acting as chairman of the conclave, oversaw the proceedings, which involved 56 voting members — including Festing, asked by Pope Francis to resign as Grand Master in January.

Although orthodox members had hoped for re-election of Festing, the election of Italian Dalla Torre is not a victory for the liberal German faction, which had hoped to place one of its own at the helm in order to implement broadranging reforms that would cut the power of the Grand Master while increasing the strength of other leadership roles. Dalla Torre's temporary position raises the possibility next year that Festing could still be re-elected.

The order has been wracked by internal struggles over leadership involving Vatican intrigue and financial misdeeds, revealed by a recently leaked internal document showing Albrecht von Boeselager, the recently reinstated Grand Chancellor caught in a condom distribution scandal, actively conspiring to depose Festing, who stood in the way of an unethical financial deal that would've financially enriched von Boeselager and the Vatican.

Von Boeselager is supported by the German faction, which, according to the internal document, wants to reshape the Order into a "secularized NGO."

The German faction has proposed sweeping reforms, including reducing the power of the Grand Master.

The German faction has proposed sweeping reforms, including reducing the power of the Grand Master while strengthening the authority of the Grand Chancellor. Changes also include opening up senior leadership to non-religious; currently the position of Grand Master and other top roles are reserved to professed religious, who have taken vows of poverty, chastity and obedience.

According to Johannes Lobkowicz, whose brother Erich leads the German Association of the Order, this requirement must be abolished. The German faction is also proposing the ability to impeach the Grand Master "if he acts contrary to Constitution and code."

The German faction will be lobbying Dalla Torre to implement its reforms, but it remains to be seen whether it will succeed over the opposition.

The Order's website states of the new leader's role: "One of the most important tasks of Fra 'Giacomo Dalla Torre in the year of its mandate will be to work for the reform process of the Constitution and the Code of the Order of Malta."

In particular, the constitutional reform will address any institutional deficiencies. The recent crisis has revealed some weaknesses in the control and balance of governance systems: the reform will take this into account. The reform will focus on the need of the Order to strengthen their spiritual life and to increase the number of its professed members. Consultations have already started and all the members of the Order were invited to submit their suggestions.

Dalla Torre's swearing-in ceremony will take place Sunday before Special Delegate Abp. Angelo Becciu and members of the Council Complete of the State in the Church of Santa Maria in Aventino. 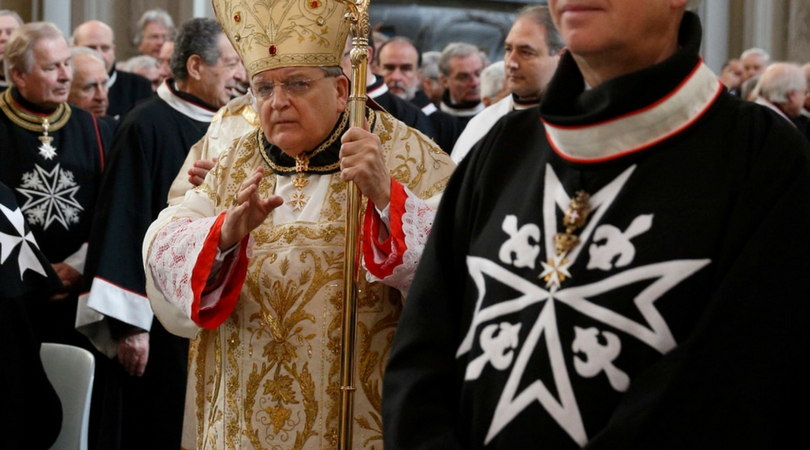