‘Kool-Aid’ Socialism and the Bishops 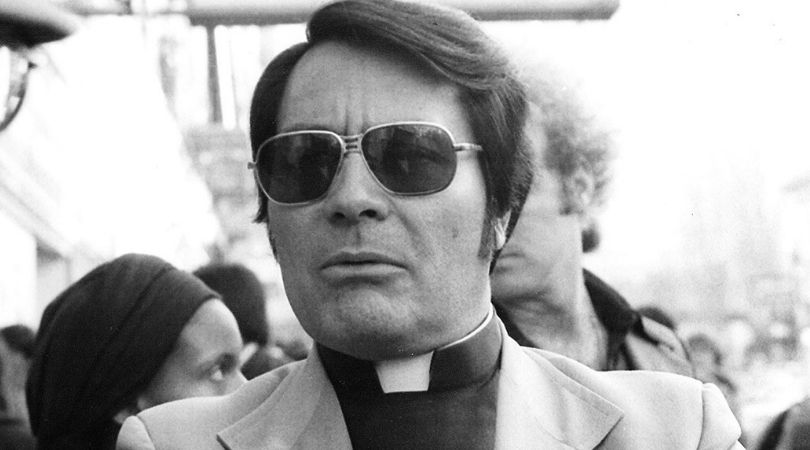 Jim Jones, all over again

Over 40 years ago, on Nov. 18, 1978, 918 individuals were found dead in Jonestown, Guyana. Most died having freely drank the Flavor-Aid (Kool-Aid) laced with poison and pain killers at the request of their leader, the Rev. Jim Jones.

It was the largest murder-suicide in modern history. However, 22 individuals, just 2%, were able to escape the mass suicide. One young mother and her young daughter had a premonition something bad was about to happen and walked 33 miles to safety through the jungle. Others survived by pretending to drink the lethal Flavor-Aid and then waited among the hundreds of dead until authorities arrived.

And still others survived by slipping into the shadows when gunmen arrived to kill them as they tried to escape on an airplane of a congressman who had been on the scene to investigate. A 2% survival rate — that's all!

Jonestown was doomed from its conception. As cited in Wikipedia:

In 1974 ... Jones and the Temple negotiated a lease of over 3,800 acres (1,500 ha) of land in the jungle located 150 miles (240 km) west of the Guyanese capital of Georgetown. The site was isolated and had soil of low fertility, even by Guyanese standards. The nearest body of water was seven miles (eleven kilometers) away by muddy roads.

So simple math would suffice to deduce that although the Guyanese jungle looked like the Garden of Eden, it was not; 1500 acres of virgin jungle would and never could suffice to feed the large community in the remote location — at best the acreage could supplement the diet of the community.

Why would anyone imagine that setting up a community in the middle of nowhere Guyana could be successful? It would be one thing if Jones was known for agricultural knowledge, or if he had studied infrastructure development, how to drill wells, how septic/sanitation systems are installed, how basic roads are laid out and such. But Jones was none of these.

If you look closely at his work record, his track history so to speak, Jones was fundamentally a charlatan. He was great at weaving together a story and tragically too many bought his pie in the sky stories, including the politicians of his day.

Jones was fundamentally a charlatan. He was great at weaving together a story and tragically too many bought his pie in the sky stories, including the politicians of his day.

His group of political supporters included San Francisco's Mayor George Moscone, the Democrat Walter Mondale and even Rosalynn Carter, the first lady at the time. In addition to his U.S. supporters, the Guyanese officials also gave Jones their full approbation. And what was the political system that was to fuel this utopia? Something that Rev. Jones believed in, something that is rearing its ugly freedom-killing head again in the United States: socialism.

And absolutely none of these politicians asked Jones any hard questions such as: "How are you going to ensure all these American citizens have enough food and water in this remote location in the jungle? How will their health care needs be met, routine immunizations and emergency medical care?" You get the drift.

Jonestown was doomed from the start. Marginalized, poorly educated, down on their luck, spiritually needy people fell under the spell of an egotistic mountebank with a smooth tongue. In essence, it was just another small-scale attempt at a socialist/communist utopia that failed. But it did leave us with that often-used expression "Don't drink the Kool-Aid" (poor Kool-Aid — Jones did use the less well-known Flavor-Aid).

Parallels today can be drawn between what played out in Jonestown and its horrible end and what is on the way for the Roman Catholic Church. Like Jonestown, the true Catholic Church will probably have a remnant of 2% or less — maybe not even that, if the globalists have it all their way.

We have prelates in the Church so hell-bent on "reforms" that if they succeed, the Roman Catholic Church as founded by Jesus Christ will be unrecognizable. These prelates are mixing up a toxic drink for all of us to consume, swirling their poisons with painkillers, making a concoction so healthy-sounding that Catholics will feel guilty not drinking it. If you don't drink it, you will remain mean, rigid and full of phobias.

So what is in this deadly drink, and who are the mitered mixologists busy perfecting the recipe?

Thank you Cdls. John Dearden, Francis Spellman, Joseph Bernardin and others who cleaned and polished the glass, washing off Communion rails, statues, kneelers and other unnecessary debris. Let's turn the bar, so you can focus on the bartender — great! Everything is ready now for Communion in the hand, a needed desecration so more could follow. Add a dash of "easier, faster and more sanitary" to wash it down.

Thank you, Cdl. Reinhard Marx of Munich, Germany, for Communion for the divorced and remarried. (Why does he refrain from offering the big enchilada, sacramental marriage, if all good in the relationship? Nevermind.) Is adultery too bitter a pill? Better add a dose of false mercy.

Thank you, Cdl. Donald Wuerl, for welcoming pro-abortion politicians to come and partake of the Body of Christ. After all, Our Lord is a miracle-worker — he might change their minds if they receive Him unworthily enough times. Does that add a bad smell to the drink? Use Bernardin's seamless garment to cover that bit of nastiness right up.

Thank you, Cdl. Blase Cupich, for welcoming homosexual couples to the Communion line. Obviously, you are in total agreement with Fr. James Martin, who says sodomy is not a sin even though God really, really frowned upon it in the Bible.

Father Martin and others claim God made people with same-sex attraction and God doesn't make mistakes. If so, did He then make a mistake by wanting them to have sex but not providing a healthy and natural way for them to do so? Nevermind.

If this pill is too bitter, don't forget to pepper the drink with those catchy slogans like "love is love" and "hate has no home here" since everyone loves love and hates hate.

Thank you, Bp. Robert McElroy, for echoing Cdl. Cupich on the high, high priority of global warming, which, if I am not mistaken, has happened many times before. We should all be good stewards of the creation God gave us.

How about being stewards of nascent life in the womb? Should climate change nonsense take preference over that? Keep dropping in doses of "repeat" to our toxic cocktail and everyone will stop believing the actual science and not the manipulated-results science used by those going for a power grab.

Like Jonestown, the true Catholic Church will probably have a remnant of 2% or less — maybe not even that if the globalists have it all their way.

Thank you to all the cardinals planning the Amazon Synod. We will be waiting for more delicious additions such as married priests, deaconesses, maybe even priestesses, all in their effort to make the priesthood just another job, not all that special.

The power they care about is earthly, rather than the power to confect the Eucharist, in which it appears they do not believe anyway. But be sure to sweeten it up with some tasty humanitarianism and concern for indigenous people.

And to top it all off, instead of reining in these heretical and apostate voices among today's clergy, we have a holy father who adds confusion to the mix.

"Who am I to judge?" has the effect of simply muddying the glass so we can't really see what's in it. Muddied is the way they all like it; it goes along with the constant cover-up of nasty clerical behavior, like that of McCarrick and his ilk.

So who will be part of the 2% survivors, you ask? Don't look for any of the aforementioned mighty prelates to be there. Also missing will be D.C.'s Wilton Gregory, who promised "transparency and accountability" but is keeping the door shut on the rest of the McCarrick dirt (it wasn't just about sex).

Don't count on Cdl. Timothy Dolan to be with us. Dolan is so busy laughing and carrying on that even in the face of the ongoing homosexual abuse scandal and New York's hemorrhaging of money, he won't take a break from his affected guffawing. It's just so hysterical, Dolan will go down laughing! I think he infused our Kool-Aid with a helium shot! We can all laugh our way to Hell.

The 2% survivor group will be those faithful Catholics who refuse to go along with these men who think they are smarter than God. As good Catholics, we will pray for their souls, pray for their conversion or reversion back to the true faith. But we will not drink their Kool-Aid, even if it means we are persecuted, shunned or martyred. The time may come when professing what we believe is a prosecutable and punishable crime. That time will come if the globalists have their way, and we must be ready.

We will keep our glass full with the Blessed Trinity, the 10 Commandments, the corporal works of mercy and all the other riches of our Church and the only sweetener we will ever need, Our Blessed Mother.