Kräutler: Final Synod Document Written but ‘No One Knows’ Who Wrote It 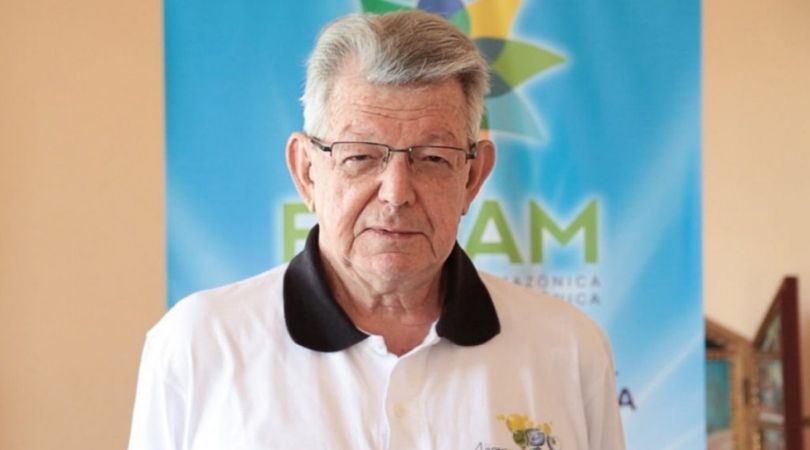 Critics suspect final draft written even before start of synod

The bishop emeritus of Xingu and one of the key organizers of the Synod of the Amazon, Erwin Kräutler, has confirmed to LifeSiteNews journalists that the final document of the synod is already written, but adds that "nobody knows" who wrote it.

No one among the organizers of the synod knew exactly what those indigenous carvings were before which a circle of people prostrated in a strange ceremony in the presence of the Pope in the Vatican Gardens, and which have ended up in the Tiber. And no one knows, according to one of its main organizers, Bp. Kräutler, who has written the final document of the synod.

Perhaps this is taking the confusion a bit too far.

The Pope already scolded us in his day for wanting and asking for clarity, but perhaps this is taking the confusion a bit too far.

LifeSite asked Kräutler at close range if Cdl. Cláudio Hummes, who is the general relator of the synod, was one of the editors of the document that will be submitted to His Holiness to be endorsed. The answer was an emphatic "no." And he himself, neither.

And it's weird, because with his words Kräutler seems to contradict the statements from Monday by Cdl. Schönborn, archbishop of Vienna and member of the drafting committee. Schönborn said that the committee would simply articulate the recommendations of the smaller circles without further comment, because the wording was for Hummes and his team.

Discarding the supernatural option that the document has been written alone, the remaining explanations are quite worrisome, although not entirely unlikely, namely: that it was more or less written even before the Synod Fathers arrived in Rome.

But we must recognize that this explanation would marry. It would be in line both with what we have known about the synod itself and with what we have seen in similar circumstances. Thus, we saw that the two Synods on the Family were not really about the family, and that the Synod on Youth had very little to do with youth. In the latter case, the final document focused especially on "synodality," a word barely spoken in the discussions or in the press conferences. A surprise from the "God of surprises."

The two Synods on the Family were not really about the family, and that the Synod on Youth had very little to do with youth.

As for the synod itself, it has helped us to see to what extent the Amazonian Indians have become hostages of reforms that look more towards the Rhine than towards the Amazon. We have seen a suspicious interest in access to the sacraments, from those who've had a long history of detachment from the sacraments. We have seen that the Indians live in cities, not in the jungle, around 80%; that they have been evangelized without problems when they have wanted to evangelize and not politicize, and that if in some regions a majority has moved to the evangelical sects in some regions, it's simply because they speak of Christ, and not of the jungle spirits.

We have seen, finally, how the organizing agency of this synod, REPAM, has received millions of donations from the Ford Foundation. It has been said that Ford is an abortionist [activist] and finances abortion, and it is true; but it is not a minor or accessory aspect, because, in general, it serves to finance a view of the world that's directly incompatible with the Faith. And, of course, it is not at all likely that he has injected millions into REPAM without purpose, in a rapture of inexplicable generosity.

Republished with permission from Infovaticana.