LOS ANGELES (ChurchMilitant.com) - Though the archdiocese of Los Angeles is condemning attempts to stifle investigations into Planned Parenthood, Abp. Jose Gomez appeared alongside the man trying to grind those investigations to a halt.

Church Militant spoke with Marc Grossman, media director for the Cesar Chavez Foundation, who confirmed that Gomez was present for the entire gala, and that he spoke about the "dignity of immigrants" and advocated for "inclusiveness" and "tolerance." There is no sign the archbishop made any remarks about the pro-abortion Becerra.

Becerra brought 15 felony charges against against Daleiden and his associate Tuesday. The charges follow Daleiden's most recent video, which apparently shows Planned Parenthood employees discussing which methods of harvesting the parts of aborted babies get the highest possible sale prices from biotech companies. Becerra's charges are similar to those leveled at Daleiden by an overzealous Texas prosecutor last year, which were later dropped after the court ruled in Daleiden's favor.

Becerra claims to be Catholic, averring at his confirmation hearings that his faith plays a role in his life. Yet Becerra has made no secret of his pro-abortion views, saying, "I will fight as hard as I can for a woman to be able to decide what's best for her reproductive rights."

Becerra also received $5,535 from Planned Parenthood during his congressional campaigns from 1998–2014, and has consistently received 100-percent approval ratings from NARAL Pro-Choice during his tenure in state congress.

Becerra is not an unknown figure to the archbishop. The up-and-coming Latino was Abp. Gomez's congressman when representing California in the U.S. House.

But the archdiocese's condemnation of Becerra's charges is at odds with the actions of its archbishop, who appeared alongside Becerra at the Cesar Chavez gala and apparently said nothing about the prosecutions.

Instead of addressing the possible scandal, or using the event to chastize Becerra, Gomez lauded the foundation giving him the award, and noted the "dignity of immigrants."

Gomez's silence here is notable given the fact that many in secular media have not held back from criticizing the "outrageous overreach" of Becerra's charges. Gomez is loud, however, when criticizing attempts to enforce immigration laws, once telling students that "English wasn't America's first language." 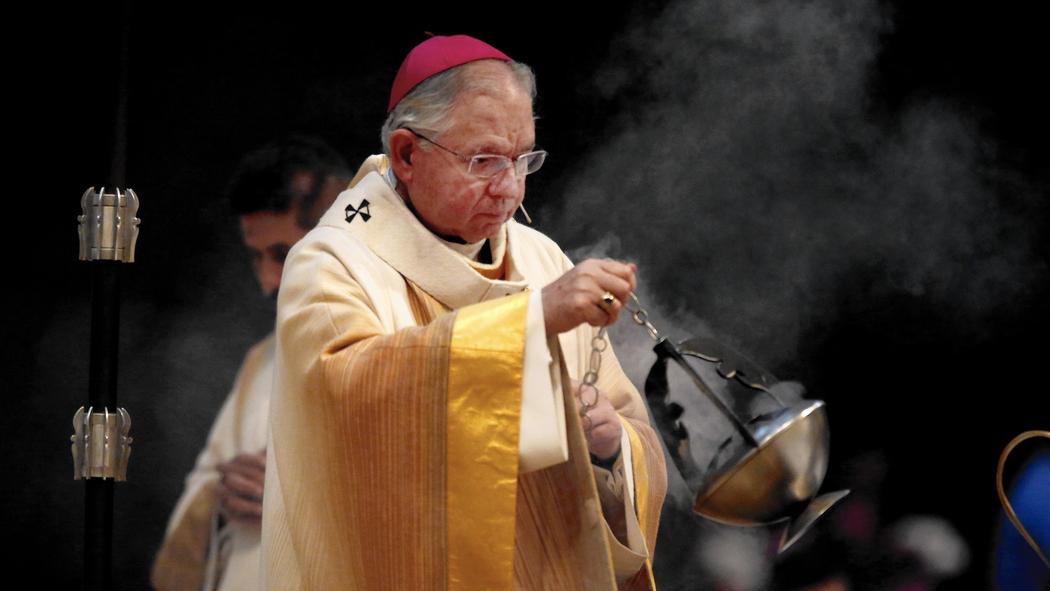