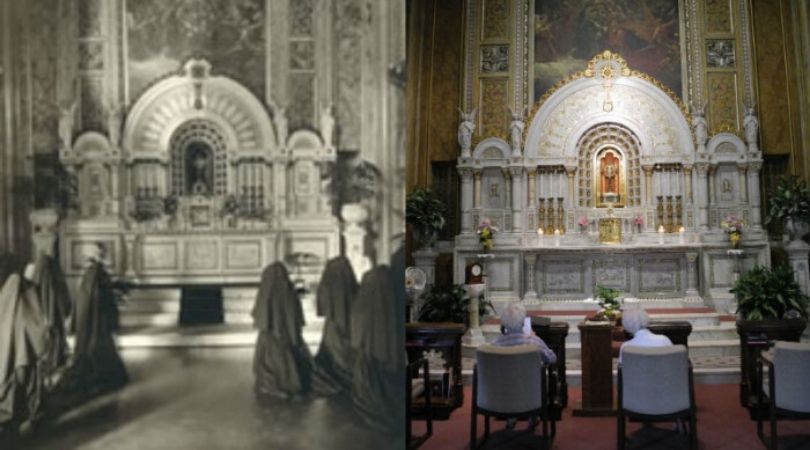 The sisters, who have been adoring Christ non-stop for 142 years, have announced they will cease the devotion in February.

Sister Eileen McKenzie, president of FSPA, said the decision came after 12 years of prayer and reflection. She added that the sisters will be incorporating more elements of active ministry in place of perpetual adoration.

"Our thoughtful study over the years has included a growing understanding of a modern way to live in adoration through our prayer lives and actions, no matter where we are," said McKenzie.

Though its daily adoration schedule will now span from 6 a.m. to 10 p.m. only, the Franciscan order is retaining "Perpetual Adoration" as part of its name. The term "perpetual adoration," McKenzie claims, no longer connotes uninterrupted prayer.

"Our congregation name will remain Franciscan Sisters of Perpetual Adoration," she vowed.

"Per discussions with the Vatican and review of the FSPA constitutions, the name will not change due to the longevity of the tradition and the fact that the sisters and prayer partners will continue adoration in the Adoration Chapel to the extent possible," McKenzie explained, "and by definition of perpetual, repeated continuously even though interrupted for portions of time."

The sisters' tradition of unbroken adoration of Christ's Real Presence has been centered in their church, Mary of the Angels Chapel. A light has been kept lit atop the chapel domes as a visible sign of the uninterrupted prayer going out for the city of La Crosse and for the world. In spite of the greatly truncated hours of adoration, the FSPA has decided to keep the light shining atop the domes.

The FSPA website recounts how two people at a time have continued perpetual adoration of Christ in the Blessed Sacrament since 1878:

Perpetual Adoration, or round-the-clock prayer, has been a cherished practice of FSPA since August 1, 1878 — hence our name: Franciscan Sisters of Perpetual Adoration. Continuously, day and night, at least two people have been praying before the Blessed Sacrament. It is a way of maintaining awareness of God's presence in our lives and keeping vigil for the community, the city of La Crosse, Wisconsin, the Church and the world.

The site traces this practice back to a promise made in 1865 by FSPA's Mother Antonia Herb. Concerned about overcrowding in the community's small chapel, she petitioned the local bishop to begin perpetual adoration. Her request was fulfilled 13 years later, with the launch of uninterrupted eucharistic adoration that continued for the next 142 years.

Our congregation name will remain Franciscan Sisters of Perpetual Adoration.

"We started adoration in 1878 after Mother Antonia Herb's promise to begin the 24/7 practice came to fruition," recounts McKenzie.

The community, which has long since stopped wearing the community's traditional habit and has become more focused on social justice outreach, began having difficulty covering the hours of adoration owing to a shortage of sisters. McKenzie says they had to turn to laypeople for help:

In 1997, prayer partners were invited to help continue the promise, primarily taking daytime hours while sisters living at St. Rose Convent continued the night hours. As demographics continued changing in the early 2000s, we began studying the future of the practice and growing in our understanding of how we can move forward, tending to the spirit of perpetual adoration while recognizing it is becoming necessary to discontinue night hours.

McKenzie says adoration by FSPA sisters and associates in the future can still occur outside of the chapel while members are engaged in social outreach.

"We're inviting all Franciscan Sisters of Perpetual Adoration, our current partners in mission and future partners, to pray and live in adoration from any location at any time," McKenzie affirmed.