WARWICKSHIRE, England (ChurchMilitant.com) - 3-D laser scanning may provide a way to discover priest holes in England. Earlier this year, Drs. Lukasz Bonenberg and Sean Ince from the Nottingham Geospatial Institute, along with architect Dr. Chris King, laser scanned Coughton Court, a 16th-century castle in Warwickshire connected to the failed Gunpowder Plot. The result was a detailed, accurate 3-D model of the castle showing the hidden priest hole in one of the gate towers — physically inaccessible to visitors, but now viewable via video.

The priest hole at Coughton Court is a "double blind," an ingenious construction that includes two priest holes — an exterior one that hides an interior space where the hunted priest would stay. The exterior priest hole was meant to be a decoy, fooling government officials into thinking they had found the secret compartment, which would be empty — when in fact the priest would be hiding just behind, in the interior compartment.

"When they're searching, they think they've found the priest hole but it's empty, but actually the priest is hidden in the more concealed space beyond," said King. "And that's what happens at Coughton: there's one chamber under the floor in the turret of the tower, and then there is another trap door that goes through into a second space, which we assume is where the priest was actually hiding."

The priest hole was built by Br. Nicholas Owen, a Jesuit who served the famous martyr St. Edmund Campion, a fellow Jesuit, and later Fr. Henry Garnet, superior general of the order in England. Owen spent 18 years building an intricate network of priest holes in homes throughout England during the English Reformation, a period when Catholicism was penalized and priests were hunted and tortured for treason.

Owen was a short man who walked with a limp after an accident involving a horse that fell onto his leg. By day he went by the alias "Little John" and worked as a carpenter; by night he toiled in backbreaking labor building elaborate hiding places in English manses.

The priest holes that have been discovered are hidden beneath floor boards, under stairways, inside fireplaces and behind wood panels. Sometimes the priests would have to hide in the cramped enclosure for days, in the dark, waiting on the owner of the house to bring them food and water, and to let them know when it was safe to come out.

The priest hole at Coughton Court was first discovered in the 1850s, complete with a rope ladder and bedding, along with a portable altar for the priest to say Mass. It was concealed between the floors in a turret of the main gatehouse.

Coughton Court was owned by the Throckmortons, a devout recusant Catholic family whose head, Sir George Throckmorton, served as a knight in King Henry VIII's court and was placed in charge of the royal Forest of Arden. He strenuously objected to Henry's attempt to marry his mistress Anne Boleyn, and was jailed several times for his "disloyalty."

Throckmorton's aunt Elizabeth was an abbess at a convent in Denny, and came to live at Coughton Court after Henry shut down her religious house in 1537 during the Dissolution of the Monasteries. She and another sister continued to live out their vocation in two rooms in the house, praying the Daily Office and living as religious.

Coughton Court is linked to the Gunpowder Plot to assassinate King James I in 1605. That year, the home was leased to Sir Everard Digby, one of the main Catholic conspirators, who helped put together a plan to dig a tunnel under Parliament and place explosives there in order to blow up the House of Lords and kill the Protestant king, hoping to bring an end to James' persecution of Catholics.

The most recognizable name among the group of plotters was Guy Fawkes, an explosives expert, whose effigy is burned each year on November 5, and whose role is memorialized in anti-Catholic folk verse:

Guy Fawkes and his companions did the scheme contrive,
To blow the King and Parliament all up alive.
Threescore barrels, laid below,
To prove old England's overthrow.

But, by God's providence, him they catch,
With a dark lantern, lighting a match!
A stick and a stake for King James's sake!
If you won't give me one, I'll take two,
The better for me, and the worse for you.

A rope, a rope, to hang the Pope,
A penn'orth of cheese to choke him,
A pint of beer to wash it down,
And a jolly good fire to burn him.

It was on the morning of November 6, 1605, that Thomas Bates, servant to the Gunpowder Plot's ringleader Robert Catesby, met with a group of Catholics in the drawing room at Coughton Court to inform them that the assassination attempt had failed and that Fawkes had been caught. The group included Superior General Fr. Garnet, angry that the men had followed through with the plot despite his warnings, as well as Nicholas Owen himself, along with Fr. Oswald Tesimond, confessor to Robert Catesby, and Lady Digby, among others.

Saint Nicholas Owen is the patron saint of illusionists.

Various members of the group afterwards fled, with Fr. Tesimond making it safely out of the continent, while Fr. Garnet was implicated in the plot and later captured and executed. Owen was also eventually captured and killed.

Owen had been racked and tortured in 1594, giving away nothing, but was captured again in 1606, willingly turning himself in in order to spare the lives of other priests hiding in the same home. This time he was taken to the Tower of London, where he was tortured on the Topcliffe rack, dangled by his wrists from iron restraints with weights tied around his ankles. Because it caused his existing hernia to bulge from his belly, an iron plate was clasped around his stomach and he was transferred to the regular rack. The pressure from the windlass caused his hernia to bulge out further, the iron plate cutting through his abdomen and causing his hernia to rupture, resulting in Owen's death.

Owen gave away no names or hiding places under torture. Taking his secrets to the grave, it may never be known how many priest holes exist in England.

One priest during the Reformation wrote of Owen's bravery, "I verily think no man can be said to have done more good of all those who labored in the English vineyard. He was the immediate occasion of saving the lives of many hundreds of persons, both ecclesiastical and secular."

Owen was canonized by Pope Paul VI in 1970, named among the 40 Martyrs of England and Wales, and is the patron saint of illusionists. 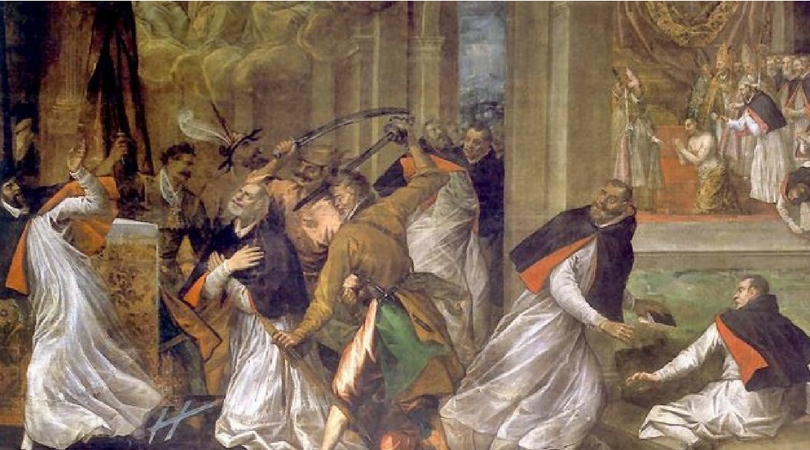 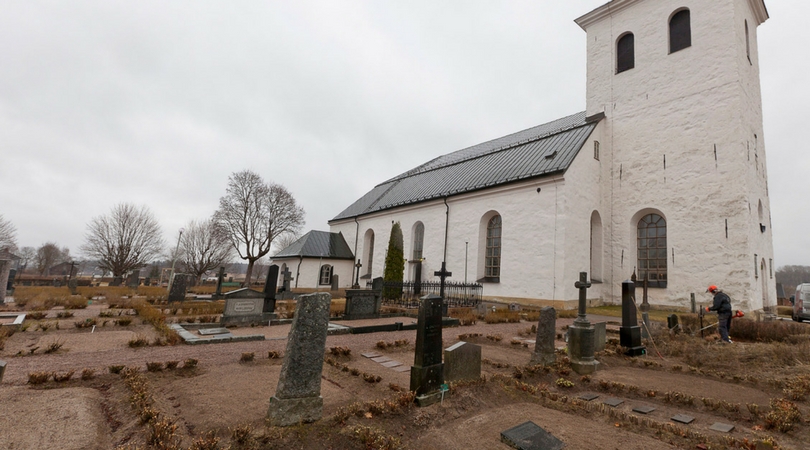