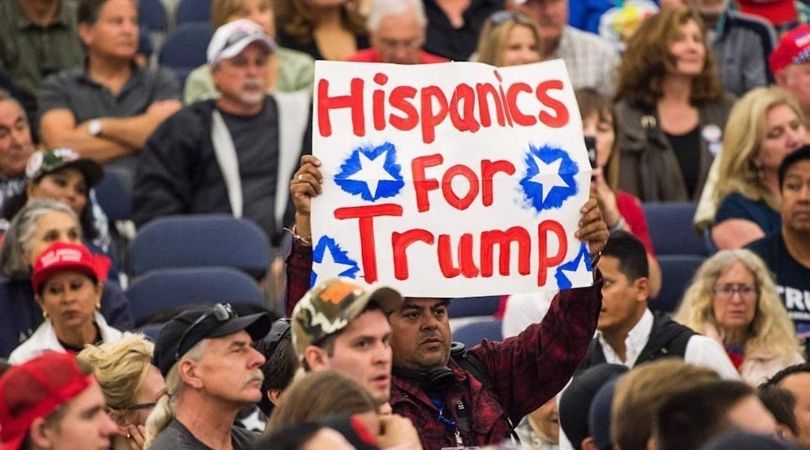 Drawn to president’s fight and message

CLEVELAND (ChurchMilitant.com) - While many saw Tuesday's debate as a "train wreck" or "dumpster fire" whose primary antagonist was President Trump, one important demographic saw it differently. Spanish-speaking people by a margin of two-to-one thought the president won the debate hands down.

In the first presidential debate of the general election season, a post-debate poll conducted by the Telemundo television network Tuesday night saw Latinos overwhelmingly choosing Trump as the winner of the raucous forum in Cleveland, Ohio. Of its Latino audience, 66% thought Trump won the debate while 34% thought Biden did.

In the research reported on by the Times, 15 focus groups were formed from various Latino communities around the country. From this a national survey was conducted.

One surprising result showed that while secular progressives commonly deem Latinos as "people of color," only one quarter of Hispanics are comfortable with that label of identity politics foisted onto them by the liberal establishment.

Another study showing the obvious: Americans who are Latino don't like progressives' divide-and-rule identity politics.

Progressive labels do not resonate with Latinos in general. As the Times further reported, Latin Americans "prefer to see Hispanics as a group integrating into the American mainstream, one not overly bound by racial constraints, but instead able to get ahead through hard work."

While the progressive researchers believe Trump's message of patriotic populism is racially divisive, a majority of those surveyed disagreed. In addition, a majority of Latinos reject the standard frames of reference provided by Democrat progressives that tie "brown people" to a message of racial fear and intolerance. President Trump's message, instead, is resonating with many Latino voters.

Not only do Latinos tend to maintain traditional values on family and life issues, but in Florida particularly, the Cuban-American population is very politically conservative.

In 2016, Hillary Clinton beat Trump with Hispanic voters by a margin of 66% to 34%. Tuesday's post-debate Telemundo poll has those numbers reversed.

Two weeks before the debate, Univision, another popular Spanish-language network, took a poll of its own from Sept. 17–24. It reported Biden leading Trump among Hispanic registered voters nationally by a 66% to 24% margin. However, Trump has 36% of the Latino vote in Florida, the biggest battleground prize of the election.

Both candidates have been courting the U.S. Latino community during this election season. The "Latinos for Trump" initiative of the Trump campaign has been making inroads. On the other hand, Biden may have gaffed in a significant way while appearing at an event commemorating Hispanic Heritage Month in Kissimmee, Florida.

In front of the crowd, Biden played the hit Spanish-language song "Despacito" from his cell phone, moving his body to the music. "I'll tell you what," Biden proclaimed in the microphone, "If I had the talent of any one of these people, I'd be elected president by acclamation."

Many Latinos found this act patronizing. Further, the irony was not lost among Biden critics that the song included the lyrics: "Want to slowly breathe on your neck/Let me whisper in your ear," evocative of Biden's history of inappropriate touching.

Not only do Latinos tend to maintain traditional values on family and life issues, but in Florida, especially, the Cuban-American population is very politically conservative. Having experienced Castro's socialist Cuba, many vote Republican every election. Now, Biden is said to be focusing instead on the Puerto Rican community in the sunshine state.

Especially at stake are electoral college votes in battleground states with large Hispanic populations. This includes Florida, Arizona, Texas, Georgia and New Mexico — where 99 electoral votes are up for grabs.