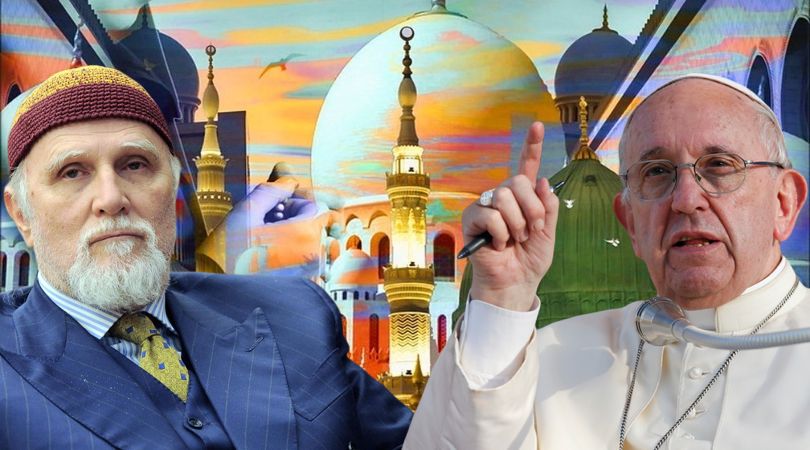 Francis' agnostic eco-bard calls humans 'the pathology of the planet'

LAKE COMO, Italy (ChurchMilitant.com) - One of Italy's best-known performers — a leftist, agnostic Jew — is using Pope Francis' green encyclical Laudato Si' to proclaim ecology as "the religion of the future."

Actor, singer and theatrical author Moni Ovadia is regaling audiences with quasi-operatic performances of the pontiff's 2015 tribute to "Mother Earth," commending nature and condemning human beings as "the pathology of the planet."

Accompanied by a violinist and accordionist, Ovadia will perform a musical rendition of a Laudato Si' recitation and commentary on Monday at the City of Music Festival in Italy's Lake Como, after his debut rendering of the encyclical in December 2020.

"I am not a Christian. I was born a Jew; now I am an agnostic. But this encyclical is beyond catholicity. It is about the ruin of nature and creation, sacred to creationist religions," says Ovadia.

"I have always been a militant of the Communist Party, but now, after all the drifts that have been there, I am a maverick," Ovadia acknowledges.

"Religions can make the same contribution as secular thought, as long as they do not take the Luciferian path of wanting to impose, especially through governments or military might, their truths to men," he believes.

The singer hails the pope's "revolutionary writing" for its "disruptive force in denouncing the ecological crisis and the need for radical change," also praising Greta Thunberg and "her memorable speech at the United Nations."

Reiterating a theme of the "ecological benefits" of the COVID-19 catastrophe, earlier touted by Vatican News, Ovadia says that "with COVID, the dolphins have returned to Venice."

The pope seems committed to the 'Gaia theory,' the view that the earth is one giant, all-encompassing ecosystem.

An article by the Jesuit Fr. Benedict Mayaki titled "Coronavirus: Earth's Unlikely Ally" was deleted by Vatican News after a social media storm against the piece. Mayaki's article cited Francis' eco-theology as its inspiration.

Explaining how he defends Francis for "not taking a position on abortion," Ovadia claims that the Catholic Church "necessarily takes contradictory positions" due to the "vastness of its influence."

"Today I consider Pope Francis the only true ethical and moral authority on a planetary level, even if on certain traditionalist positions, I disagree with the Church," Ovadia says, adding, "Francis and the Dalai Lama — the highest moral authorities — agree that the planet is one."

An ecological Way of the Cross based on Laudato Si'

In comments to Church Militant, Italian novelist Elisabetta Sala said, "It isn't very surprising that the present bishop of Rome is praised by nonbelievers, especially liberal ones, because their worldview is basically the same."

Earthly life is all that matters. The less said about the life to come, the better. Catholicism is divisive. Christianity is divisive. We need one universal religion for one world. For eight years, the Vatican has built bridges with atheists (especially the rich and famous), while kicking faithful Catholics in the mouth.

In a personal letter to Francis, Ovadia pleads for the beatification of Fr. Andrea Gallo, an Italian Marxist cleric who founded and led the community of San Benedetto al Porto in Genoa and who died in 2013.

It isn't very surprising that the present bishop of Rome is praised by nonbelievers, especially liberal ones, because their worldview is basically the same.

Ovadia claims Fr. Gallo chose him as his spiritual director even though he is an agnostic Jew because they were "united by a common spirituality."

The performer asks Francis, as a pope who abolished the death penalty and who is campaigning against life imprisonment, to "find a way to dedicate a homily" to Fr. Gallo, "a great Christian, partisan, anti-fascist and man of peace."

Arnold, who aims to shut down 75 of his 150 parishes, has warned clergy that the 2021 United Nations Climate Change Conference (COP26) represents a "last chance," so he is insistent that "following the leadership of Pope Francis, we ... have an impact on these meetings."

Francis' eco-encyclical is vulnerable to criticism for its "misdiagnoses of the problem, causes and solutions," writes Nicholas Capaldi in a 22-page assessment of Pope Francis' Laudato Si'.

"The pope seems committed to the 'Gaia theory,' the view that the earth is one giant, all-encompassing ecosystem in which both organisms and inorganic elements on earth form a self-regulating system that supports life," notes Capaldi, who holds the Legendre-Soulé Chair in business ethics at Loyola University, New Orleans.

"In his endeavor to sacralize the earth, the pope presumes that the only relevant frame of reference is planet Earth," Capaldi argues, lamenting that "His Holiness is on thin ice, and if he turns out to be wrong, then the Church may be facing the embarrassment of a new and contemporary Galilean moment."

At this stage of the climate change debate, how can the pope definitively argue that human beings are the primary culprit?

The academic warns that Francis is "in danger of aiding and abetting the rise of an all-powerful international secular political authority" by adopting a pro-Rousseau framework and that "both the Catholic Left and the secular Left are only too ready to advance a basically political agenda that will ultimately prove hostile to an independent Church."

Labeling Francis' encyclical a "weak teaching document," R.R. Reno, explains how Laudato Si' "falls into contradiction because there are no clearly articulated principles guiding analysis of the ecological and social crises precipitated by global capitalism."

"There's little suggestion that Christian revelation, or even belief in God, judges and corrects the ecological movement and its consensus views about global warming," Reno laments in his essay "The Weakness of Laudato Si'."

Meanwhile, Ovadia is declaring that "the planet can only be saved by women."

"If there is a future on the planet, we will owe it primarily to women, who, for millennia, have been prevented from using their formidable skills, especially that of combining intelligence with interiority and intuition, which they have to a greater extent than the male," the feminist performer explained. 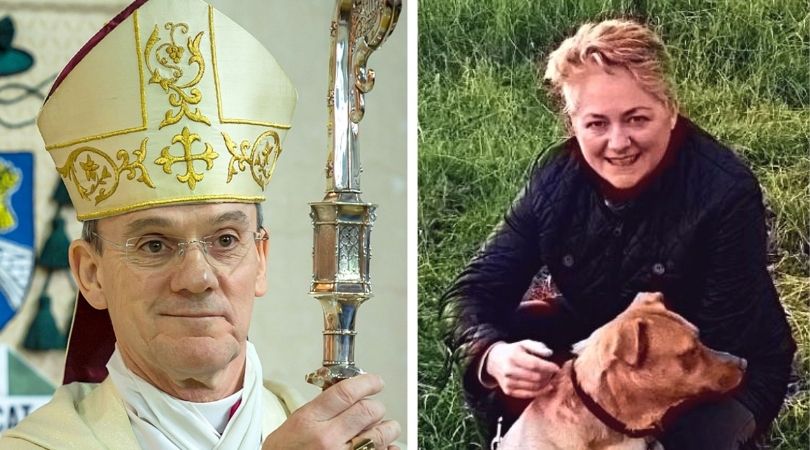 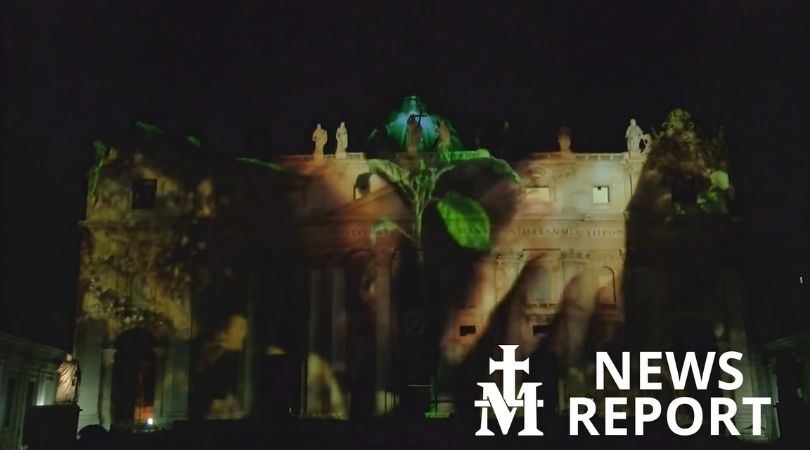