DROMORE, County Down, Northern Ireland (ChurchMilitant.com) - A northern Irish bishop is resigning after backlash over his association with a sex-abusing priest.

Bishop John McAreavey of Dromore in County Down announced Thursday he was stepping down as bishop: "Following media reports which have disturbed and upset many people in the diocese and further afield, I have decided to resign with immediate effect."

"I shall make further comment in due course," said McAreavey.

His resignation comes weeks after he regretted offering the funeral Mass in 2002 for Fr. Malachy Finnegan, accused of 12 claims of physical and emotional abuse of minors. McAreavey said the first claim of abuse came in 1994, the second in 1998 and the others after Finnegan's death in 2002.

In a statement, McAreavey said:

It is their testimonies and their stories which have impacted most on me. It is through their perspective that I realized that my decision to say the funeral Mass of Malachy Finnegan in 2002 was the wrong one. In November 2002, a victim told me how hurt he was by this; I realized that I had made an error of judgement. It is something I regret and will not repeat.

Finnegan worked at St. Colman's College in Newry as a teacher from 1967–76 and was president from 1976–87. A BBC Spotlight program on the priest was broadcast in February and included three interviews with his alleged victims.

Three more victims came forward to report abuse following the broadcast of the program. Parents and students also opposed McAreavey's decision to preside at children's confirmations while victims and politicians called for the bishop's resignation.
His Excellency also concelebrated Mass in 2000 with Finnegan, who "arrived unexpectedly at the parish church in Clonduff [in Hilltown] for the Jubilee Celebration and vested along with other priests before the arrival of the bishop," commented a spokesman for McAreavey's diocese.
Fr. Malachy Finnegan was accused of 12 claims of physical and emotional abuse of minors.
The spokesman said after 1995, Finnegan "carried out no public ministry involving daily Mass," and McAreavey was "shocked" when Finnegan arrived to concelebrate the Mass but said nothing owing to the priest's "ill health at that time made him increasingly difficult to manage, therefore a spur of the moment decision was taken to not to confront him just before the Mass started."
The bishop reportedly reprimanded the priest at his home afterward, according to the spokesman.
McAreavey described Finnegan's abusive behavior as "abhorrent, inexcusable and indefensible." Saint Colman's College ordered all photographs of Finnegan to be removed from campus while denouncing "in the strongest possible terms the physical, sexual and emotional abuse inflicted by Malachy Finnegan when he was in the employment of the college over 30 years ago." 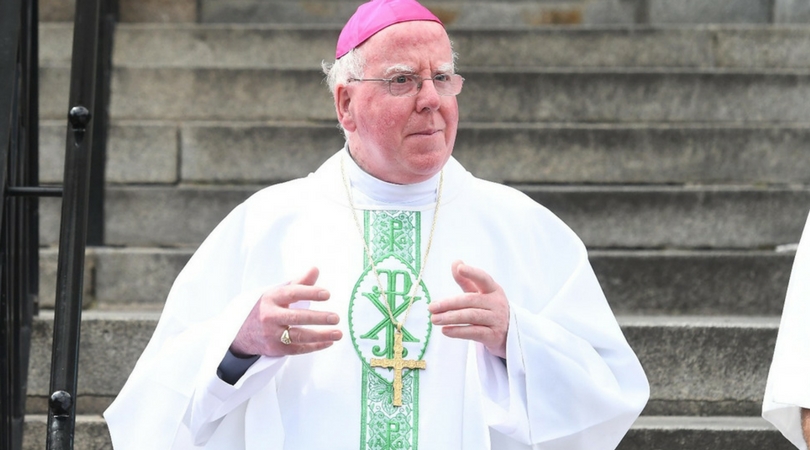