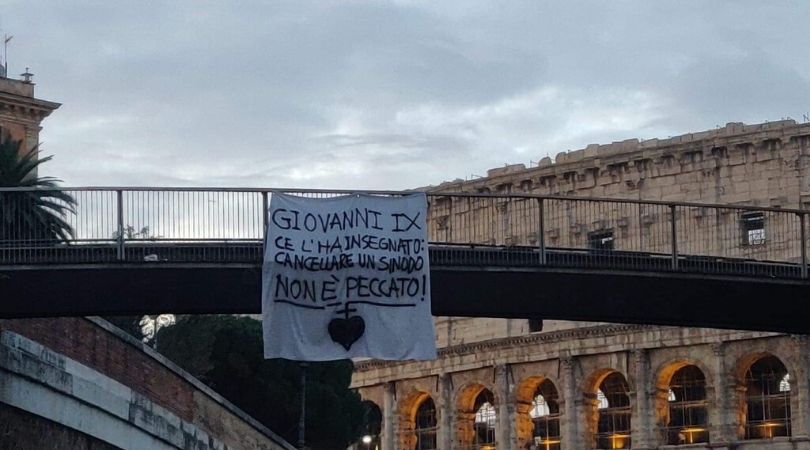 A confidential letter to the bishops of the world, dated Jan. 13, states Pope Francis will release his apostolic exhortation on the Pan-Amazonian Synod in late January or early February.

It seems to say the title of the upcoming document will be New Paths for the Church and for an Integral Ecology — the same as the name of a preparatory document for October's Amazon Synod.

The secretive letter from the Vatican was penned by Cdl. Claudio Hummes, general rapporteur of the Amazon Synod. The letter was leaked to LifeSite and confirmed to be authentic.

Cardinal Hummes makes a series of suggestions to the world's bishops for how to implement the exhortation in their own dioceses. One of the recommendations is to have a diocesan press conference when the Pope's document gets released to the public:

You may also want to begin planning a press briefing or a press conference or other event as soon as convenient after the publication of the exhortation. For example, you may find it opportune to have the exhortation presented by yourself along with an indigenous spokesperson if relevant in your area, an experienced pastoral leader (ordained or religious, layman or laywoman), an expert on climate or ecology, and a youth involved in peer ministry.

The letter notes that, as with past apostolic exhortations, bishops will receive an advance copy with a request to keep it confidential until the official release date.

At the end of the letter, Cdl. Hummes provides a list of recommended reads for bishops to brush up on the subject — mainly existing documents connected to the Amazon Synod, plus Francis' 2015 encyclical on environmentalism, Laudato Sí.

October's Amazon Synod in Rome drew intense criticism from faithful Catholics and prelates, who were concerned by the emphasis on ecology, the lack of attention to Christ, and the apparent embrace of paganism.

Annulling a synod is not a sin!

In an essay three months before the synod, Bp. Athanasius Schneider of Kazakhstan slammed proponents of married clergy in the Amazon, saying, "For 2,000 years, all peoples, and even barbarians, were able to use the grace of Christ to educate their own sons to a conjugal priesthood modeled after Jesus Christ."

The Synod opened with an Amazonian ritual in the Vatican gardens, in which a group of Amazonians prostrated themselves before a wooden statue of "Pachamama" — a "Mother Earth" figure portrayed as a naked pregnant woman.

Pachamama statues popped up time and again throughout the Synod.

Early in the morning on Oct. 21, a group of faithful young Catholics entered the Church of Santa Maria Traspontina, removed the five Pachamama statues, and dropped them into the Tiber River. They believed the statues were pagan idols, which do not belong inside Catholic churches.

Vatican officials expressed outrage, referring to "acts of violence" and threatening to press charges. Italian journalist Andrea Tornielli, writing for Vatican News, blasted the removal of Pachamama as a "violent and intolerant gesture."

On the second-to-last day of the controversial synod, a banner was spotted hanging from a bridge in Rome that declared in Italian, "Annulling a synod is not a sin!"