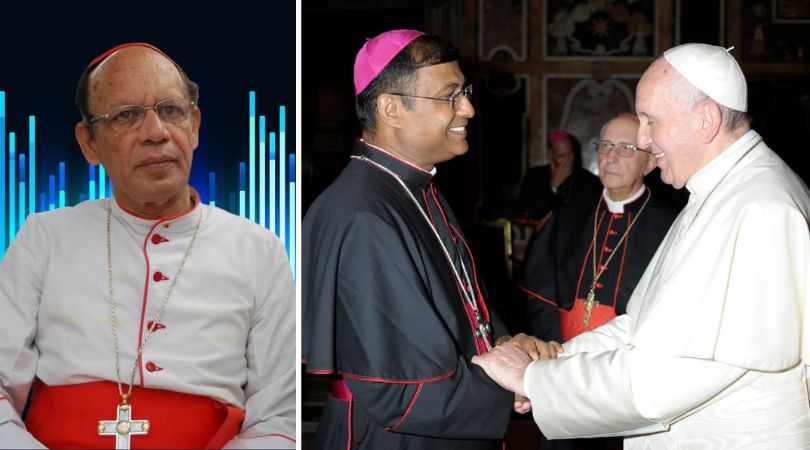 MYSURU, India (ChurchMilitant.com) - A cardinal close to Pope Francis is urging a bishop accused of fathering illegitimate children to take a paternity test while assuring him of complete control over the results.

In a leaked phone call, Bombay's cardinal-archbishop Oswald Gracias tells bishop of Mysore K.A. William he will arrange for the DNA test to be conducted at a Catholic hospital "so we can control the media, control the doctors, control the publicity given to the whole thing."

The phone call obtained by Church Militant also exposes the cardinal's role in attempting to protect a second scandal-plagued Indian prelate — Bp. Franco Mulakkal of Jalandhar diocese — accused of raping 13 times a mother superior from the Missionaries of Jesus.

Bishop William of Mysore has also been accused of murdering four priests who opposed him, rape, sodomy, kidnapping and embezzlement, according to a July 5 letter from Mysore diocesan priest Fr. Gnana Prakash to India's apostolic nuncio Abp. Leopoldo Girelli.

Prakash's letter was copied to Cdl. Gracias and to Cdl. Luis Tagle, pro-prefect for the Section of Evangelization of the Dicastery for Evangelization. It notes that 11 priests and one layperson from Mysore diocese traveled to New Delhi for a three-hour meeting with Girelli in April pleading for a resolution to the Vatican investigation into accusations against William.

A Vatican commission comprising three bishops began examining evidence against William in February 2021, after 37 priests from Mysore diocese wrote to Pope Francis on July 20, 2019. They had demanded the bishop's resignation on the grounds that he continued to have relations with his mistress and had fathered children from multiple illicit affairs.

In a letter to Girelli dated July 8, retired high court justice Michael F. Saldanha — a highly respected figure in Indian Catholic circles — blasted the hierarchy for making "every conceivable effort" to "kill the complaint," to "refuse to hold an independent and credible inquiry," and to "take action that was very rightly and gravely required."

"The fact that the Catholic Church has covered up for William for six years and encouraged him in counterattacking and hitting back at those who had complained is an unpardonable crime on the part of the Church at all levels, starting from this country up to Rome," Saldanha wrote.

Gracias mentions Saldanha four times in the 15-minute phone conversation, saying he knows the judge personally and the judge has been phoning and requesting a meeting. The cardinal tells William that "the reason" he must take the DNA test is because Saldanha "will start publishing his letters … once the lockdown is over."

Everybody will say you're a martyr who suffered so much unfairly.

"Let's put a closure to this because after the lockdown, there'll be, again, a big hullaballoo," Gracias reasons. "My lawyer is giving a beautiful explanation to Saldanha," William replies, claiming there is "absolutely no problem in the diocese" but he is being victimized by a certain Fr. Gilbert Aranha and "a couple" of "bishops in Karnataka" (a state in south India).

Gracias, handpicked by Francis as one of his nine top consultors, repeatedly tells William he is speaking on behalf of Rome, and while it is the apostolic nuncio who should be instructing the bishop to take the DNA test, Girelli is "so hesitant and so diffident" to do this.

"What I've told Rome, that if you really, if you come out like completely, we can then publicize (sic), and you'll come out like a hero and a martyr," Gracias emphasizes, telling Bp. William how "everybody will say you're a martyr who suffered so much unfairly" when the paternity test clears him.

The cardinal says he will announce the DNA test is being carried out "at your request" and "at your insistence." He adds he has told Rome "we'll do it in a way that doesn't set a precedent," otherwise "everybody will say we want this, we want that."

"Now, before we do it, I will check with the lawyers. Going to protect you, protect the child also, no?" Gracias stresses, assuring Bp. William that the paternity test can be conducted at St. John's Medical College (a reputed Catholic training hospital in Bangalore) where the results can be controlled "so, they don't get it out."

I can't save Franco now.

Church Militant asked the cardinal if he had taken the initiative in asking Bp. William to take a paternity test so allegations against him could be refuted.

Gracias replied: "You know that Rome had instituted an Inquiry Commission to look into the matter, so it will not be proper for me to comment. The nuncio would be a better person, and he may be in the know of things."

In his phone conversation with Bp. William, Gracias brags how he had "to intervene with the Holy See" on behalf of Bp. Mulkallal and says: "We could have saved all the pain and anguish and suffering for him if they had listened to me earlier." He adds: "I can't save Franco now."

When the apostolic nuncio did not respond to Church Militant's written queries, Church Militant phoned the nunciature in New Delhi and was told no information could be given until the investigation was completed.

First Secretary Msgr. Gabriele Pesce also said he could not explain why the investigation had failed to deliver its report after over two years of examining the evidence it had.

Gracias also mentions Filipino Cdl. Luis Tagle and "Propaganda Fide" (renamed Congregation for the Evangelization of Peoples and subsumed into the Dicastery for Evangelization in June 2022). Gracias informs Bp. William how "Tagle has kept in touch with me" and how the instruction for William to take a DNA test had come from Tagle's office.

The capital offenses are sufficient to invoke a sentence of hanging.

The Association of Concerned Catholics (AOCC) — a lay organization fighting to root out corruption in the Indian church — told Church Militant it strongly objected to Bp. William's DNA test being conducted in a Catholic hospital since the report would almost certainly be manipulated.

A priest in Mysore told Church Militant Fr. Gnana Prakash, who has been transferred to a remote area, is living in fear for his life and is being followed by Bp. William's goons. The priest also named the four priests allegedly murdered by William as Fr. William Albuquerque, Fr. Raja Kannu, Fr. Raphael Colaco and Fr. Joseph Saldanha.

The body of 56-year-old Fr. Raja Kannu was found hanging from a fan in his rectory in Palaya, about 22 miles from Mysore. Fr. Albuquerque died in mysterious circumstances later in the day after he was summoned to the bishop's residence and served with a legal notice. Fr. Saldanha was found dead in front of his rectory.

The four priests were among the 37 clergy signatories to the letter demanding Bp.  William's resignation. On May 29, 2020, the bishop issued a transfer order for all the priests without consulting them.

"William was encouraged to hit back at those who had complained. They were targeted, harassed and tortured, and four of them were murdered. There is unimpeachable evidence in respect of all the offenses attributed to him," Justice Saldanha told Girelli in his letter.

In January 2022, Kottayam Additional Sessions judge G. Gopakumar acquitted Bp. Mulakkal despite the testimony of 39 witnesses — mostly nuns from the Missionaries of Jesus convent in Kottayam's Kuravilangad, where the prelate allegedly raped the nun. The judge dismissed the witnesses as either unreliable or ill-motivated.

Bishop William, who was appointed by Pope Francis in 2017, did not respond to Church Militant's request for comment. 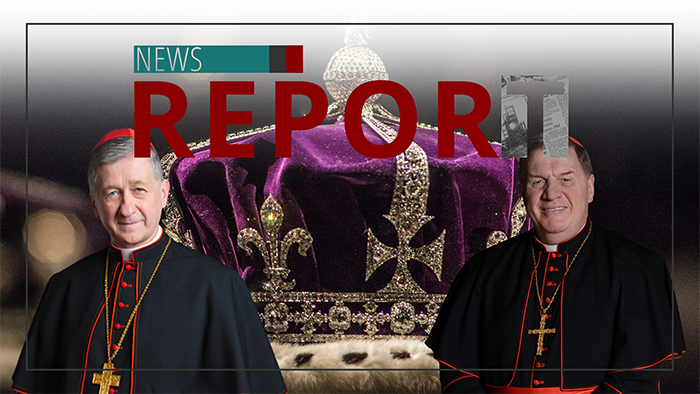