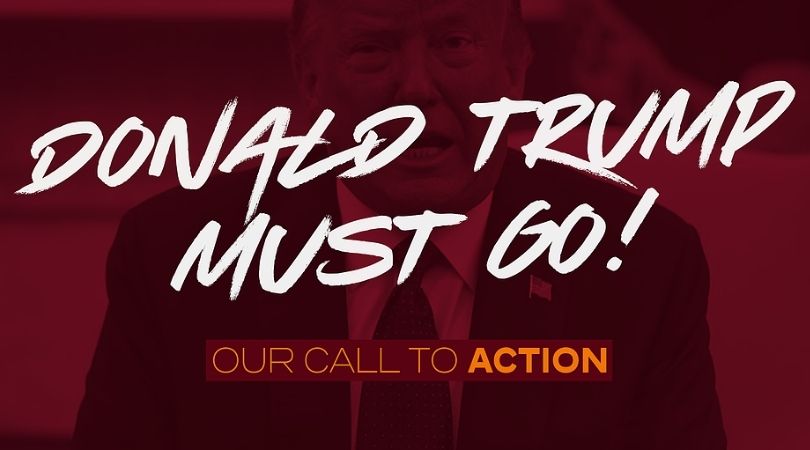 Planning for a post-Constitution era

WASHINGTON (ChurchMilitant.com) - A radical left-wing organization is calling for sustained revolt before, during and after the U.S. presidential election.

ShutDownDC, a group describing itself as dedicated to upending normal life, has issued a guide for how to shut down the country in the event of a Trump victory and force the president from office.

The 38-page guide, "Stopping the Coup," paradoxically frames its plan to stage a coup as a response to a "coup" by President Trump and his supporters that they maintain could take place in November.

"Whether you're from Iowa or Portland, Chicago or rural Ohio," ShutDownDC activists explain, "whether you've been in the game for a while or you're just starting out, we hope that this guide might offer ideas, strategies and connections for fomenting and mobilizing large-scale and widespread disruptive activity if there is a coup."

"We live under a president who is energized by the forces of white supremacy and brutal capitalism," they claim. "He is empowered to use the state's resources to repress dissent. And he is encouraged and emboldened by a mass of people who share his interests."

The activists refer to 'environmental devastation' as well as 'indigenous and queer and trans erasure' as signs of injustice.

"We offer this guide as a resource to help with your [revolutionary] efforts," ShutDownDC adds.

The group defines this election as a "flashpoint" in which, they allege, "many people have become so tired of the status quo that they have mobilized in the name of justice." The activists refer to "environmental devastation" as well as "indigenous and queer and trans erasure" as signs of injustice.

To counteract the president and those who share his interests, the guide offers "a framing and organizational approach to respond to our current electoral moment."

The guide describes "election moments" as those leading up to the election, the election itself and [Trump's] "False Declaration of Victory."

We must be ready for a coup.

"We must be ready for a coup," they insist.

In a section called "Organizing to Prevent a Coup," the group explains one of its recommended tactics:

[O]ne way to respond to a coup is to shut things down, to find physical chokepoints that will disrupt the flow of capital. Thousands of people plugging up major highways is an effective and highly accessible way to disrupt the movement of capital. Encampments outside the mansions of violent and repressive leaders is also another accessible tactic. Keep things simple, and well organized; lead marching crowds to more strategic places ... .

In order to really win we will need to force some pillars of power (business, military, media or other major institutions) to decide to side with the people, or at least get out of the way. If everyday life goes on, a despot will not leave power, and so there will be no incentive for real systems change. You want to think about what it might take to stop business-as-usual.

"This will require some research," the activists point out.

The group asserts that it is growing. "We're growing and strengthening relationships based on trust and accountability and we're building the infrastructure (recruitment, training, action planning, communications, legal support, logistics, food, health, fundraising) that we'll need to maintain a long-term uprising," reads the group's website.

Despite the guide's focus on a Trump victory, the group is hell-bent on coup activities regardless of the election's outcome.

"We've laid out our framing of the election not as a before/after scenario, but rather in the context of ongoing issues we face in the moment (militia movement, organized voter repression, etc.) that will be present no matter the outcome," according to the guide.

Speaking as though its post-Constitution view of the world is already a fait accompli, the revolutionaries add: "We're absolutely not saying the election is useless, but rather the reactivity of the right and the white supremecist [sic] will be present no matter who wins (and certainly is present beforehand), but the election will massively change the political terrain for movements over the next four years."

The guide also includes a promise.

"As we gather more information, [our guide] will grow and change. We want to work with people and communities, so the more we find out, the more this document will grow," it states. "We want to be clear that this guide is a living document." 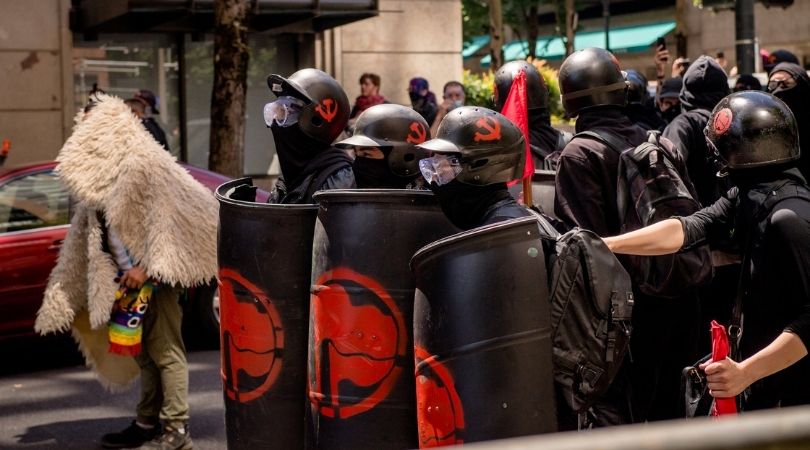