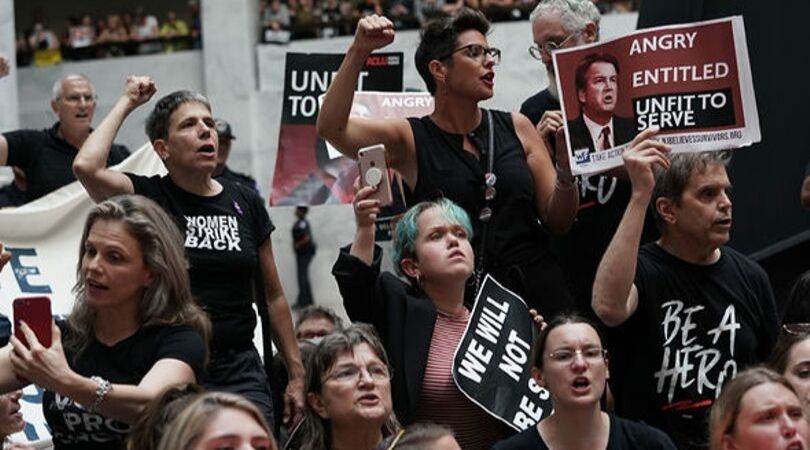 Within hours of the release of the questionable Times article, Demand Justice not only launched a social media campaign but used the piece to push their October 6 event to "protest this corrupt Supreme Court and demand an investigation of Kavanaugh."

Join us, @womensmarch, @CPDAction and dozens other groups on October 6 to protest this corrupt Supreme Court and demand an investigation of Kavanaugh. Learn more at https://t.co/P5Xkf6NuGZhttps://t.co/WbELZvheep

The event is being organized with the radical Soros-funded Women's March and CPD Action, whose sister group, Center for Popular Democracy, is also funded by Soros.

Within less than 24 hours, Demand Justice used the Times piece to further promote their rally and renew the event's aim "to #ImpeachKavanaugh."

Together with the Women's March and CPD Action, Demand Justice went on a public relations offensive against Kavanaugh utilizing the latest accusation storyline to comment in the news media.