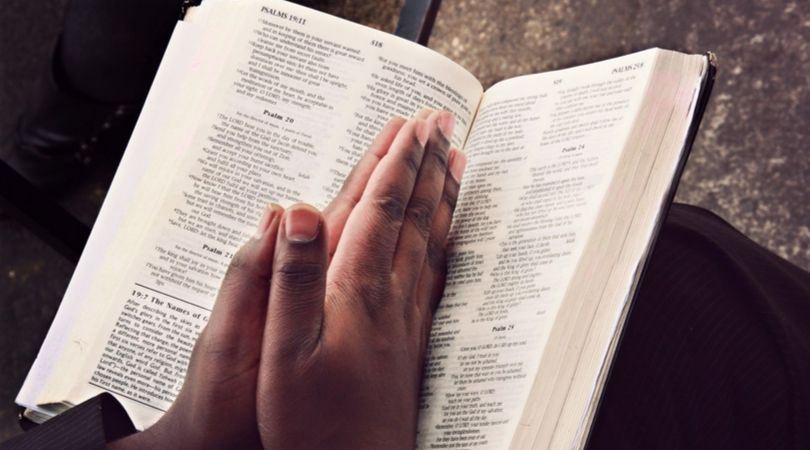 It's a one-man fight against the Southern Poverty Law Center

The Jewish Institute for Global Awareness's (JIFGA) Arthur Goldberg is fighting to restore his rights. After a judge slapped him with a $3.2 million fee for allegedly violating a court order barring him from providing referrals for counseling, he is planning to appeal the decision he says violates his freedom of assembly, freedom of speech and his freedom of religion.

Goldberg is being represented by Michael Laffey of the Messina Law Firm.

Natural Law Defense Fund (NLDF), a non-profit legal firm that defends biblical principals and the Judeo-Christian ethic against government encroachment, is collecting the funds for his legal fees.

They assert what is happening to Goldberg is evidence of "anti-religious sentiments [that] are rising across the country," saying, "[If] we do nothing, it won't stop there."

NLDF notes this is a fight against a legal "Goliath" to reverse the judgment and set a precedent that will help "push back against the growing tide of religious persecution."

The "Goliath" Goldberg and Laffey are fighting is the leftist, super-wealthy Southern Poverty Law Center (SPLC).

The SPLC maintains the Hate Map that is supposed to identify dangerous groups that purport violence against others, but is now a list of groups who favor ideologies differing from the SPLC's leftist bias — groups like the Family Research Council, Alliance Defending Freedom, American College of Pediatricians and the Slaves of the Immaculate Heart of Mary.

Many have been added solely for their advocacy for the biblical understanding of marriage and the true nature of the sexes.

Goldberg has been fighting against a team of well-funded lawyers from the SPLC since 2012 when they represented four former clients who claimed Jews Offering New Alternatives for Healing (JONAH) defrauded them. At the time, he was co-director of JONAH, a non-profit organization that provided counseling referrals to the Jewish community and others.

Goldberg said a "substantial portion" of JONAH's referrals were faith-based referrals, including Christians and Muslims, because it is an important basis of any therapy.

"Internalizing one's own religious beliefs is an important aspect of a person's values, beliefs and behaviors," Goldberg said. "It can help facilitate positive coping skills with the life problems people face."

The SPLC's suit set the legal precedent of suing a non-profit organization for consumer fraud. Goldberg and his co-director have never taken any money for their work with JONAH or JIFGA.

There were numerous contradictions in the plaintiffs' testimony and several sources reported and court documents proved that the plaintiffs were recruited by the SPLC specifically to taken down JONAH.

Charles LiMandri, the lead lawyer for JONAH and Goldberg, said the lawsuit was "contrived" and "put on by gay activists." He asserted it was "not really about little JONAH. It is about closing down all counseling" for those who want help with same-sex attractions.

In the lawsuit, the SPLC asserted that same-sex attractions are not a disorder, and New Jersey Superior Court Judge Peter Bariso Jr. agreed. He claimed JONAH's six expert witnesses, all licensed therapists or professionals of note — including the father of reparative therapy, Joseph Nicolosi — were "unreliable" and the foundation for their work was "outdated and refuted."

Goldberg noted Judge Bariso ignored certain factual information his defense brought up, and in the end, he believed the judge violated his due process with the permanent injunction against JONAH.

After Goldberg lost his case, he saw a need to educate people on the Noahide laws and biblical principles much of Western society is based on. JIFGA was founded with that mission.

He authored many articles and spoke on numerous pro-family and pro-life topics to a national and international audience. While doing that work, Goldberg also saw a need for a mechanism to financially support those that are persecuted for living or defending their faith.

I've raised all this money for others through Funding Morality but I can't use it for myself.

Funding Morality was started as a project of JIFGA to provide a crowdfunding platform to people who are facing persecution as a result of their Judeo-Christian ethos.

It was some of those campaigns on Funding Morality that the SPLC perceived as "homophobic," triggering a petition to Judge Bariso who allowed the SPLC access to 70,000 of Goldberg's emails.

It took months for a team from the SPLC to comb through Goldberg's private and professional emails. Based on only a handful of emails they dragged Goldberg and JIFGA back to court claiming he was violating the injunction against JONAH with his new work.

Goldberg noted those emails were terribly misinterpreted — such as one where an acquaintance only asked for the email address of a therapist they couldn't remember. He was ordered to pay $3.2 million in legal fees for the SPLC and the other firms that assisted in the suit. He must raise the funds for his own legal defense.

Funding Morality was forced to shut down all its campaigns and cease operations. Goldberg was even barred from leading any non-profit in the state of New Jersey — another violation of his rights.

The irony of all this wasn't lost on Goldberg, who joked, "I've raised all this money for others through Funding Morality but I can't use it for myself."

Goldberg and NLDF believe the "fascism of the left" can be practiced on anyone who is perceived as opposition.

"There is a laundry list of people who they could go after. Lots of people are in this situation," Goldberg said. "Discrimination is foisted on people who are believers."

This discrimination is not going unchallenged, and there are victories in those fights.

In September, after Alliance Defending Freedom brought a suit against the city of New York for their city-wide ban on "conversion therapy," the New York City Council dropped the ban. Reports noted they did so to avoid the issue coming before the Supreme Court.

With a history of Supreme Court wins, Alliance Defending Freedom sued New York on behalf of an Orthodox Jewish psychotherapist who claimed the ban was unconstitutional because it "censor[s] speech between counselors and adult patients."

Corey Johnson, the speaker of the New York City Council, who is openly gay and HIV-positive, said he did it to avoid a loss a successful legal challenge at the Supreme Court that would overturn all of the states' bans.

"I couldn't in good conscience risk a bad decision that could have a chilling nationwide effect," Johnson said.

A legal challenge brought by Liberty Counsel, an evangelical Christian legal advocacy group, against the city of Tampa, Florida, for its ban on "conversion therapy" resulted in a federal judge striking down the law.

U.S District Judge William Jung ruled the 2017 law may violate the patient's privacy and parental rights. Jung wrote a lengthy opinion and noted that "substantive regulation of psychotherapy is a state, not a municipal concern."

Currently, 18 states and dozens of municipalities have enacted restrictions on what kind of therapy can be provided for people with LGBTQ issues. Liberty Counsel is also backing a legal challenge to Maryland's statewide ban.

Goldberg was unsure if this would have a direct impact on New Jersey's statewide ban on so-called conversion therapy for children but felt it would certainly "put a dent in the arguments for it."