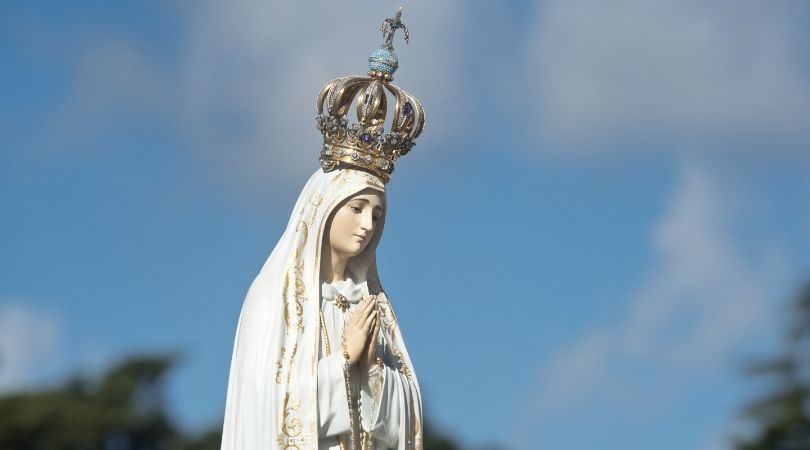 Let us heed the messages of Our Lady

Let me first state that I would find it surreal if a Catholic did not believe in the Blessed Mother, the Immaculate One, the Co-Redemptrix.

Consequently, I would be surprised if a Catholic would doubt a prophetic message that has always been recognized by the Church, such as the message of Fatima.

All of the popes since 1917 believed it, and three popes have gone to Fatima as pilgrims (Paul VI, John Paul II and Benedict XVI). What's more, the prophecies have come true. And yet, it seems to me that the 1917 message of Fatima has not just been ignored or forgotten — more often than not it has been completely denied. But it needs to be recalled today more than ever if we believe that in this moment of world crisis there is a need both for comfort and conversion.

In Sacred Scripture there is a clear warning: If a people does not want to hear prophecy, if it does not repent or convert, it will not obtain mercy from God. There are many episodes in the Old Testament that teach this, such as the example of Nineveh. The entire population (the king included) was as evil as Sodom; it believed the prophet Jonah; it repented, did penance and was saved. In the New Testament, Jesus Christ himself spoke of the repentance and pardon of Nineveh as an example to the Pharisees who did not believe in Him.

In the 20th century, we had much more than a prophet like Jonah to warn us.

At Fatima in 1917, the Blessed Mother herself warned that if humanity did not change its ways and convert, the crisis that had already begun would worsen. In the second part of the secret revealed by the visionary Lucia, Mary announced chastisements that would affect temporal society, but which could be avoided if people converted, if atheism was opposed and the world was consecrated to Her Immaculate Heart. Practically speaking, Mary warned that the moral crisis would provoke a material crisis.

The message of Church leaders has even been reversed in recent years, suggesting that material misery (and no longer sin) is what causes moral misery.

This warning was not listened to and what Mary asked for was not done (as even Benedict XVI has noted). Indeed, the message of Church leaders has even been reversed in recent years, suggesting that material misery (and no longer sin) is what causes moral misery. Even in the 1950s, the Catholic intellectual Paul Claudel said that he was troubled that despite Fatima, the priests no longer spoke of Hell. The "fear of the Lord," which Scripture tells us is the beginning of wisdom, had been lost even then; today it seems that such fear is derided or even considered to be "blasphemy."

Before we mention what has been happening recently, it is good to recall the moral context of what preceded 1917. At that time there had been three popes who were very worried by what was happening. Pius IX had written the Syllabus of Errors in 1864. Leo XIII wrote his encyclical Humanum Genus against Freemasonry in 1884. Pius X wrote Pascendi in 1907 against modernism.

Blessed Mother herself warned that if humanity did not change its ways and convert, the crisis that had already begun would worsen.

The late 19th century and early 20th century saw the birth of this so-called modernism, a philosophical movement that created the crisis of Enlightenment certainties and also generated Nietzche's declaration "God is dead."

This philosophical movement inevitably led to theological modernism (influenced by agnosticism, immanentism and evolutionism). Although it was condemned as heretical by Pius X, it succeeded in placing all of Catholic doctrine on the table for discussion, from revelation itself to dogmas, the sacraments, etc., progressively sliding towards an evermore Protestant and secularized theology that contributed to the creation of the tragedy of a world without God and without peace (the apparitions occurred right in the middle of the First World War). This then is the context of the apparition and message of Fatima.

It would be extraordinarily interesting to retrace what has happened since 1917 up until today. Not only has humanity witnessed the Russian Revolution prophesied at Fatima, but also the pandemic of the "Spanish" influenza in 1918, the Second World War, the 40 years of the Cold War, and the Second Vatican Council. Since 1989 it has also witnessed the birth of the New World Order that has brought with it a process of globalization that has discarded any sense of the natural law and generated the upheavals and crises that are now underway at the social, economic, political and above all the moral level.

Once again, the popes were not listened to, from Paul VI to John Paul II to Benedict XVI. They understood Fatima well and sought to raise awareness of a humanity that has separated freedom from responsibility, that has now become complacent thanks to illusions of utopias in the realms of economics, science, sociology, politics and — above all —morality.

In making these remarks I do not want to comment on the current affliction. I only propose that once again we should reread, reconsider and implement the messages of Fatima if we desire to follow the same path of conversion and forgiveness (the path of the gospel) that the inhabitants of Nineveh followed, so that we may have the same end as they did — salvation.