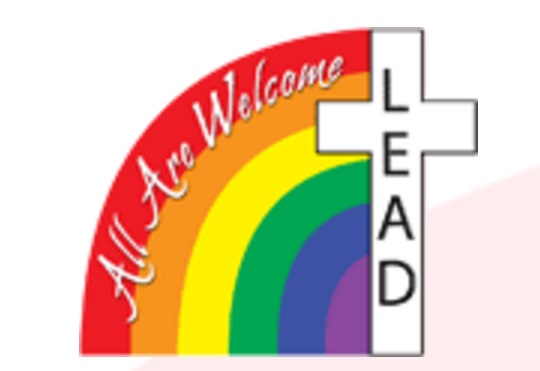 LEAD, which stands for LGBT Educating and Affirming Diversity, is a group of St. Matthew parishioners and others who don't agree with the Catholic Church's teaching on homosexuality and the all-male priesthood.

The St. Matthew Community in Baltimore has a long tradition of being a welcoming and inclusive faith community. With its many ministries and outreach programs, St. Matthew has begun a ministry designed to affirm the Lesbian, Gay, Bisexual, and Transgender (LGBT) members of our parish family and the broader community.

It started in 2010 after some parishioners attended a talk on marriage equality by a representative of New Ways Ministry, a group censured by several American bishops and the Vatican because of its dissident views on homosexuality. LEAD was helped by Fr. Joseph Muth, the pastor of St. Matthew. He had sat on the board of directors for New Ways Ministry at the time, but has since stepped down at the request of his ordinary, Abp. Edwin O'Brien (now a cardinal). LEAD's website maintains Muth still does "pastoral work" for New Ways Ministry. Father Muth had originally allowed the group to meet monthly in the rectory dining room, but they've had to move to the basement of the church because of the increasing number of members.

LEAD publicly supported laws passed in Maryland in 2012 allowing same-sex people to civilly marry. They have also become part of the largest group of marchers in Baltimore's annual gay pride parade, and multiple photos from the march — including images of transgendered people as well as of members with young children at the march — are prominently displayed on LEAD's website.

Their website also features an extensive list of organizations that hold positions defying Church teaching like New Ways Ministry, Call to Action and Dignity USA. They are one of many "Catholic" groups that claim God made people to be "gay" or "straight" or transgendered. They say: "We celebrate this diversity and envision a society that embraces everyone, including those of diverse sexual orientations and gender identities." They consider the Church's teaching — that homosexual acts are disordered in and of themselves and that sexual acts outside the context of a sacramental marriage are gravely sinful — to be "judgmental."

Saint Matthew isn't the only Catholic church in the area that promotes these ideas. Saint Ignatius, the Jesuit church in Baltimore, and St. Bernadette parish just south of Baltimore both have active and vocal LGBT parish ministries that have the same goals, philosophy and dissident theology present at St. Matthew.

There hasn't been any meaningful response on behalf of the archdiocese of Baltimore towards any of these churches and their "ministries."

You can reach Bp. William Lori of the Baltimore archdiocese here.