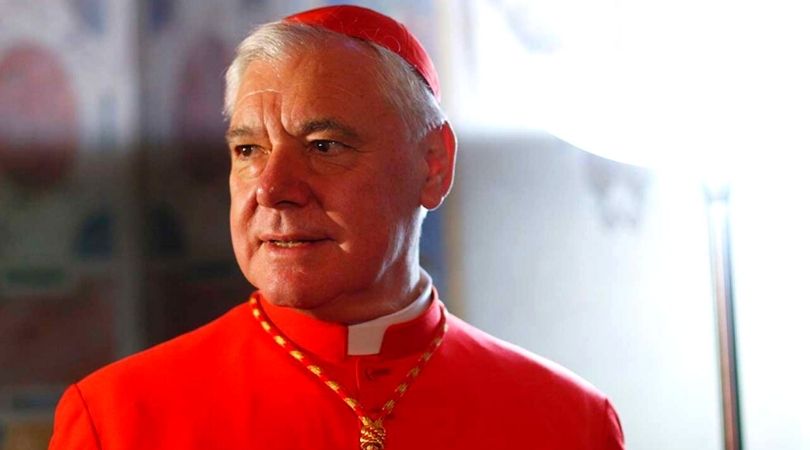 'Ultimate destruction of marriage and family'

WARSAW, Poland (ChurchMilitant.com) - A prominent prelate is alerting the faithful to the clear and present dangers of LGBT ideology and its end game.

German cardinal Gerhard Ludwig Müller, former prefect of the Congregation for the Doctrine of the Faith, issued his warning in a recent TV Trwam interview reported on by Do Rzeczy, a Polish weekly. The interview comes in the wake of an open letter sent to the Polish government by 50 ambassadors accusing it of being hostile to sexual minorities.

Müller spoke to the true intent of the LGBT activists — and the naivete of liberal ambassadors who ganged up on Poland. The LGBT ideology "is not about standing by these people and showing them solidarity," the cardinal explained. "All they [activists] really want is to relativize and ultimately destroy marriage and family."

He further attacked pedophilia — a thread strategically woven into the LGBT fabric — and the great danger behind treating children as "toys."

"They are not some kind of [object of desire] of a person or group of people who now want to have a child like a toy," the German prelate said.

And to the primacy of parental — not State — responsibility in a child's life, the cardinal said, "Children are not subject to subjective wishes and manipulations, but are given to their parents and accepted by them, conceived and born by their parents."

All they really want is to relativize and ultimately destroy marriage and family.

"Children are a gift, a gift from God to parents who are of special importance to their own children," he emphasized.

The cardinal expressed confidence in the Poles, however, to see through the madness created by LGBT lobbies. "Poles are too intelligent for the LGBT ideology to become established in Poland," the cardinal declared.

The Poles "will decode the LGBT ideology," he predicted. Just as Poles contributed to the Enigma Codes in World War II, he explained, Polish theologians "will decode this falsely encrypted, dangerous system, and will say an unequivocal 'yes' to a marriage of a man and a woman, to a family."

Not everyone sees eye to eye with the cardinal.

For example, U.S. ambassador to Poland Georgette Mosbacher, one of the signees of the letter, defended the lesbian, gay, bisexual, transgender and intersex (LGBTI) "community" in the face of pushback. Mosbacher claimed that Poland was "on the wrong side of history" over LGBTI rights and uttered the globalist mantra, "human rights are not an ideology, they are universal."

In a menacing tone, the U.S. ambassador suggested Poland's protection of traditional family life could hurt Poland economically. "She claimed to have heard "from entrepreneurs who may not want to invest in a country where their employees might not be respected."

In addition, the 73-year-old ambassador felt Poland's stance could affect upcoming decisions about military engagement in Poland, a reference to America's plan to deploy 1,000 more troops to Poland.

Mosbacher alluded to what she and other anti-family figureheads call "LGBTI-free zones" as signs of Poland's "homophobia." Admitting that these zones have no legal standing, she nonetheless argued these "symbols" do not "help build Poland's reputation." In fact, the "zones" refer to towns where locals support a family charter banning LGBT education in public schools.

Mosbacher alluded to what she and other anti-family constituents call 'LGBTI-free zones' as signs of Poland's homophobia.

The ambassador denied charges that she was interfering in the internal politics of Poland. She argued that human rights are neither politics nor ideology and that on this issue "there are no compromises."

But Sebastian Kaleta, a deputy with the Solidarna Polska party, shot back at Morsbacher's remarks. Kaleta said: "The Western world has become submerged by leftist [LGBT] ideology, but this does not give it the right to demand that sovereign countries such as Poland" should do the same.

He added: "Minorities in Poland have always been respected, which was not always the case in the West."

The editor of Do Rzeczy, Paweł Andrzej Lisicki, called for Warsaw "to define the U.S. ambassador as persona non grata" after she slammed Poland for being "on the wrong side of history." Lisicki rejoined:

These are stupid, vile and primitive words. I would not have devoted so much attention to them if it were not for the fact that Mrs. Mosbacher does not represent herself, but the State that claims to be our ally. Judging by the statements of this representative, she is behaving not as an ally, but as a colonizer.

But Cdl. Müller urged a peaceful reaction to the aggressive tactics of LGBT activists and their allies. "One should not react to this aggression with aggression, but one must act as clearly as Jesus was when he was struck before the Supreme Council," he advocated. Jesus in the fullness of His divine majesty said, "If I said wrong, prove it. If that's right, why are you beating me?"

"If we have different opinions, we can exchange these opinions and say, 'we have different positions.'" he added. "But this cannot mean that here, in Christianity, in Christ, you fight the way — historically speaking — the Nazis and communists did." 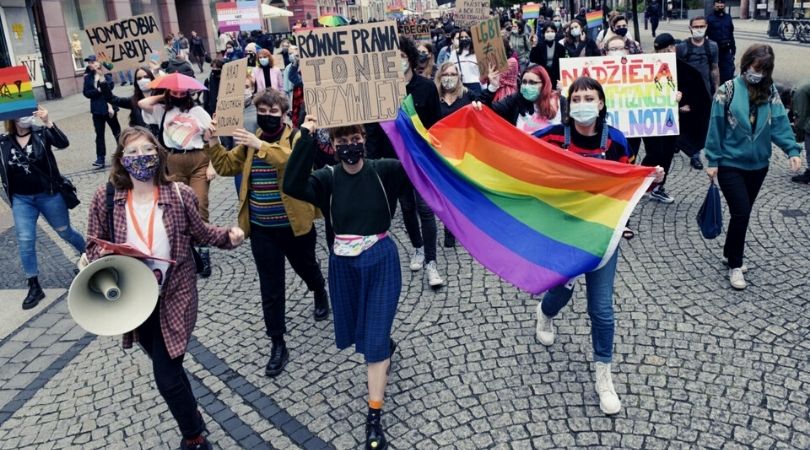