A rash of liberal media outfits like Time, Women's Health, Self and others have published stories sympathetic to late-term abortion in recent days. Each one of them involves rare abnormalities that paint a horrific picture that the woman will have to carry a dead baby for weeks if the law passes. The stories are presented as the parents making a noble choice to end the suffering of their child, making a ban on late-term abortion sound cruel and heartless.

They are fundamentally, however, fake news.

The idea of abortion to save the mothers' life is something that people cling to because it sounds noble and pure — but medically speaking, it probably doesn't exist.

While having a diagnosis of any disease in your child is a parent's worst nightmare, three of the stories list non-fatal conditions to the baby in utero, meaning there was no danger to the life of the child or the mother that would've mandated late-term abortion. In fact, the prognosis for life for the babies was actually quite high.

The story in Women's Health explains that the baby was diagnosed with hypoplastic right heart syndrome (HRHS). Congenital Heart Defects UK does not say this condition is fatal in utero, but in fact claims, "Hypoplastic right heart syndrome used to be considered almost certainly fatal, but now many children survive the initial surgeries and are able to pursue active and purposeful lives."

Another story listed lymphangioma as the congenital defect requiring late-term abortion. A quick internet search listed the condition as "rare" but not fatal. "The prognosis for lymphangiomas is excellent," says MedScape.

Even the direct link provided in the Motto story, a Time publication, explains that with the baby's condition of congenital diaphragmatic hernia (CDH), there is a wide range of outcomes. The Fetal Treatment Center says those "on the best end of the spectrum have an excellent chance to lead a perfectly normal life. ... On the other end of the spectrum, babies with severe CDH and very small lungs can have difficult challenges after birth, and some will not survive." Though they say that around 70 percent of children born with CDH will survive.

Back in 2013, LifeNews wrote of Dr. Don Sloan, an abortion doctor who had killed over 20,000 children, "Dr. Sloan is of the opinion that abortion is never necessary to save a woman's life at any time in pregnancy." He wrote in his book, Choice: A Doctor’s Experience with the Abortion Dilemma, "The idea of abortion to save the mothers' life is something that people cling to because it sounds noble and pure — but medically speaking, it probably doesn't exist. It's a real stretch of our thinking."

Christopher Doyle, a political consultant and coordinator for National Task Force for Therapy Equality and Equality and Justice for All, told Church Militant there is a "vast conspiracy and a coordinated fraudulent campaign" by LGBT activists to create a human-interest story each time legislation is brought forward to ban gay reparative therapy, which is counseling for those with unwanted same-sex attraction.

After passing the House on Tuesday, HR36 is at a critical legislative point as it moves up to the Senate for a vote.

Doyle spent five years documenting the LGBT activists' "mass deception and fraud." He recorded LGBT activists' own words and actions for the "deceptive and fraudulent marketing practices" the FTC would classify as "malicious."

The fraudulent campaign promoting abortion has gone on even longer. James Agresti of JustFactsDaily.com documented the misinformation being presented by the mainstream media when an Arizona law restricting abortion after 18 weeks was being contested in 2012.

"This allegation that abortions after 20 weeks are mostly performed for medical reasons has long been discredited by the public disclosures of abortion providers," says Agresti.

This allegation that abortions after 20 weeks are mostly performed for medical reasons has long been discredited by the public disclosures of abortion providers.

Agresti notes that The New York Times published an article noting that "later abortions mostly often involve severely troubled pregnancies that pose risks to a woman's health or life." In 1993, Dr. Martin Haskell, credited with inventing the partial-birth abortion procedure, said, "I'll be quite frank: Most of my abortions are elective in that 20–24 week range."

He contined, "In my particular case, probably 20 percent are for genetic reasons. And the other 80 percent are purely elective."

While Planned Parenthood and the National Coalition of Abortion Providers, National Organization for Women and others blasted the statement, over time a number of doctors began to speak out, admitting that partial-birth abortions are primarily done on healthy women and healthy babies.

Every so often the mainstream media pushes the narrative too far in their attempts to normalize abortion and eugenics. Back in August, the CBS media network was on the receiving end of a firestorm of criticism for its On Assignment report on Down Syndrome. A number of people took offense at their tweet that "Iceland is on pace to virtually eliminate Down syndrome through abortion." 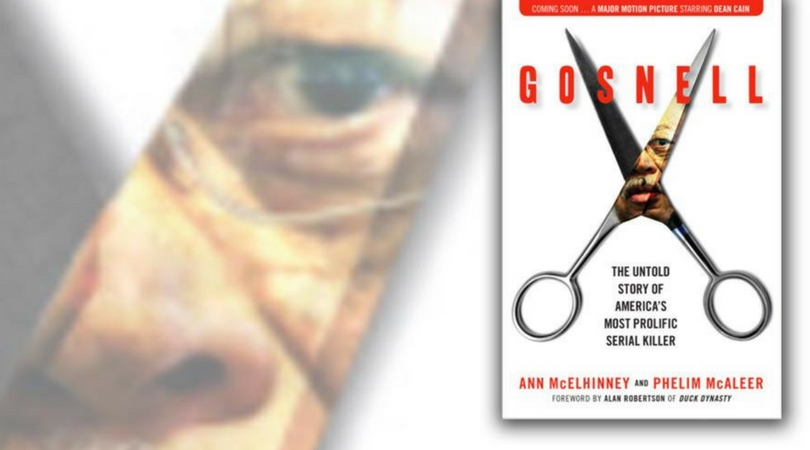