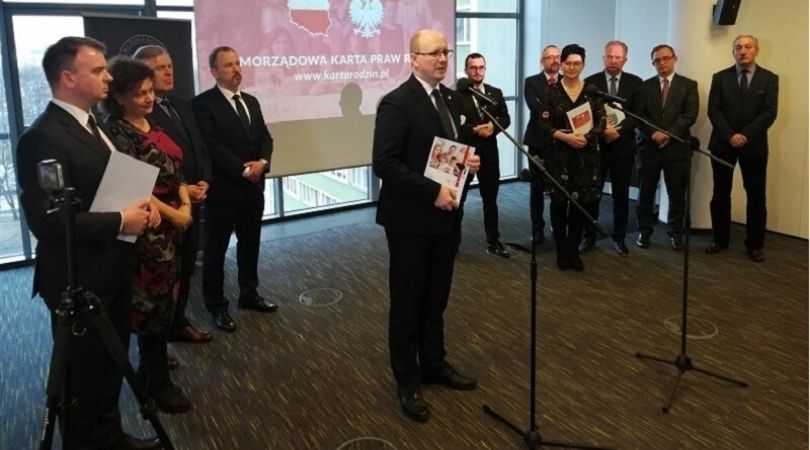 WARSAW, Poland (ChurchMilitant.com) - LGBT political activists are targeting specific pro-family town and regional governments in Poland in an attempt to publicly shame them.

The activists have published online a so-called Atlas of Hate that includes a map stigmatizing nearly100 local governments. LGBT activists Pawel Preneta, Paulina Pajak and Jakub Gawron presented it to the European Parliament in Brussels in November 2019.

Areas marked in red on the map indicate locations the activists claim discriminate against people with homosexual lifestyles and orientations — coincidentally the same areas that have adopted the Charter of the Rights of the Family, a document promoting constitutional principles of family protection, marriage, parenthood and motherhood.

According to Ordo Iuris, an institute devoted to respect for human dignity, the presentation of the Atlas of Hate in Brussels, "as well as numerous speeches by both its author [Jakub Gawron] and leftist politicians supporting him, resulted in domestic and foreign publications citing false information about local governments branded in the atlas, depicting them as places of hatred and discrimination, or 'LGBT-free zones.'"

The Ordo Iuris legal team notes that references to sexual orientation do not appear in any form in the charter and maintain that it does not incite hatred or discrimination in any regard.

They argue the onslaught is based on false premises and is "a deliberate and consciously manipulated attack on the reputation of local governments" that "violates their good name."

"Defending the reputation of local government units is a necessary action," explained Maciej Kryczka from Ordo Iuris, "given the scale of distribution of false information about the content of the local government charter on family rights."

The activists have published a so-called Atlas of Hate.

Kryczka cites the precedent of the Supreme Court in its 2016 judgment confirming that "the violation of the personal rights of the local government unit is undermining the trust necessary for the proper performance of local government tasks."

Some local governments have already decided to defend their reputation in court. On their behalf, the Ordu Iuris lawyers will demand Gawron must stop infringing personal rights, publish a statement with an apology during a conference at the Polish Press Agency and the European Parliament, as well as pay social compensation.

Gawron, a 38-year-old database administrator living in the city of Rzeszów in southeastern Poland, said the project aims to "alert public opinion to threats coming from Christian fundamentalists."

"We wanted to summarize the local governments' resolutions in a simple and accessible form," Gawron said. "The resolutions are dispersed and too difficult to track by journalists who usually have too little time for that."

Poland's Charter of the Rights of the Family was created by Ordo Iuris experts in cooperation with more than 20 Polish social organizations to protect family life based on principles set out in the Constitution of the Republic of Poland. According to the institute's website:

The publication of the Atlas of Hate is part of what many Poles see as a concerted, sustained attack by leftist LGBT ideologues both in Poland and by their counterparts and supporters in Brussels.

Poland is now afflicted by the 'rainbow plague' of LGBT ideology, which denies human dignity and aims to control the souls, hearts and minds of the Polish people.

This summer as LGBT marches and protests raged across Poland, Abp. Marek Jędraszewski of Kraków said once afflicted with the "red plague" of Soviet communism, Poland is now afflicted by the "rainbow plague" of LGBT ideology, which "denies human dignity and aims to control the souls, hearts and minds of the Polish people."

In December 2019, the European Parliament passed a resolution condemning the "LGBT-free" zones, describing them as part of "a broader context of attacks against the LGBT community in Poland, which include growing hate speech by public and elected officials and public media, as well as attacks and bans on Pride marches and actions such as Rainbow Friday [LGBT education seminars in schools]."

Observers have claimed that Gawron and his project partners used the Atlas of Hate to lobby for the resolution at the European Parliament. But adherence to the Charter of the Rights of the Family in Poland does not appear to be dwindling. 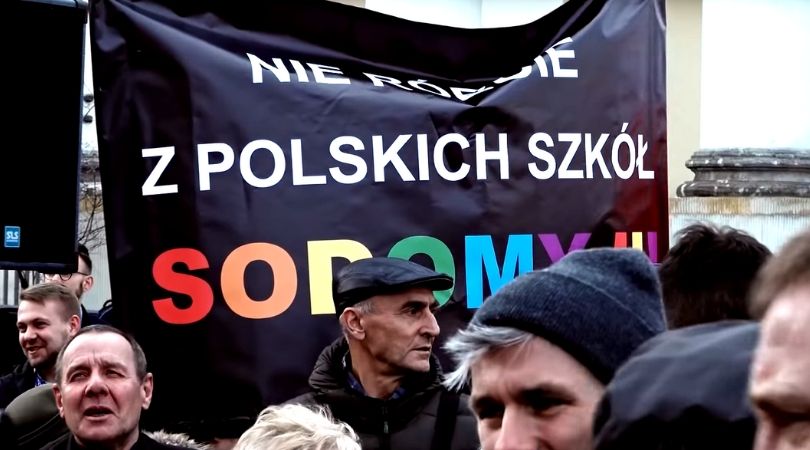