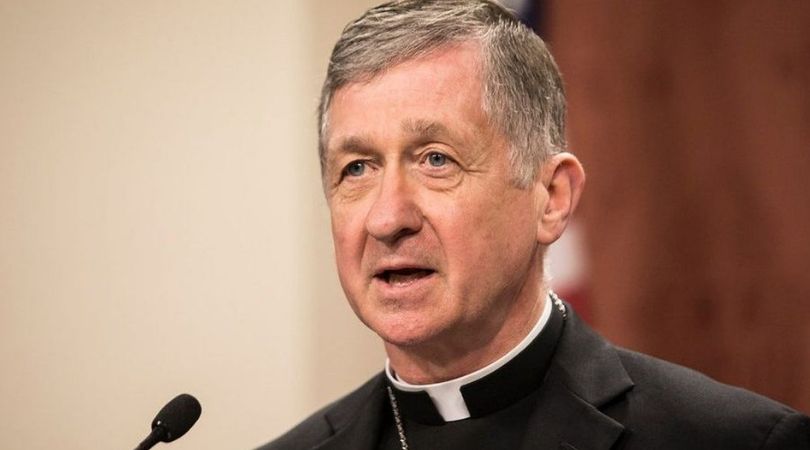 In response to Bp. Thomas Paprocki of Springfield, Illinois, who recently barred pro-abortion legislators from receiving the Eucharist, the Chicago cardinal is taking the opposite position.

"I think it would be counterproductive to impose sanctions, simply because they don't change anybody's minds," said Cupich in comments published by Catholic News Agency on June 14, ignoring the clear mandate of canon 915.

Some have called Cupich's position "apostasy."

In accord with canon 915 of the Code of Canon Law ... Illinois Senate President John Cullerton and Speaker of the House Michael J. Madigan ... are not to be admitted to Holy Communion in the Diocese of Springfield in Illinois because they have obstinately persisted in promoting the abominable crime and very grave sin of abortion.

Cupich's announcement also comes after Texas Bishop Joseph Strickland confronted brother bishops at the U.S. bishops' meeting last week, saying shepherds must hold Catholic politicians accountable to Catholic teaching. Strickland asked the bishops "to consider how to help politicians to be faithful citizens, and to really pay attention to the truth that we are ordained to support and promote for the people of God."

He asked if the focus of "faithful citizenship" could be brought to the faithful "in the pews and the voting booths" as well as to "Catholic representatives and politicians throughout the nation" and implored bishops "to look for ways to really call all of us to faithful citizenship."

Fifteen years ago, the matter might have been settled — except for the trickery of then-Washington, D.C. Cardinal Theodore McCarrick.

Highlighting the confusion of Catholic faithful about the teachings of the Church, Bishop Strickland also posed the question:

How we can call our politicians that claim to be Catholic, that want to be part of the Catholic community, to faithful citizenship because until we bring them into the truth and living it with all the challenges that we face, I think many of the faithful don't really see a consistent message.

Fifteen years ago, the matter might have been settled — except for the trickery of then-Washington, D.C. Cardinal Theodore McCarrick.

In 2004, when Senator John Kerry, a Catholic and longtime supporter of abortion, was running for president, U.S. bishops began discussing whether politicians like Kerry should be allowed to receive Holy Communion.

Then-Cardinal Joseph Ratzinger, prefect of the Congregation for the Doctrine of the Faith, wrote a memo to McCarrick, then-head of the U.S. Conference of Catholic Bishops (USCCB) Task Force committee, to guide the U.S. bishops who were at the time voting on the matter. Ratzinger reinforced canon 915 and "mandatory, not optional" denial of Holy Communion for politicians like Kerry in his memo.

In the memo entitled "Worthiness to Receive Holy Communion — General Principles," Ratzinger wrote: "The minister of Holy Communion must refuse to distribute it" when warning and counsel given to the manifest sinner "have not had their effect."

But McCarrick completely misrepresented the contents of Ratzinger's memo to U.S. bishops framing it as an optional issue to be negotiated by bishops at the diocesan level. McCarrick rationalized his scheming by warning the bishops of "serious unintended consequences" in using Communion as a weapon.

The matter was put to a vote at the annual USCCB meeting in 2004, just months before the Kerry/Bush election. Misguided by McCarrick's false representation of Ratzinger's memo — and despite the clear language in canon 915 — a majority of bishops voted to leave the matter to the judgment of the bishop in each diocese.

McCarrick's mischaracterization would never have come to light had not the Italian weekly L'Espresso published the confidential Vatican memo. Only then did the U.S. bishops see the divergence between McCarrick's doctored document and Ratzinger's original.

Cupich has been seen breaching canon 915 in ways that have scandalized faithful Catholics.

Fifteen years after McCarrick's machinations, Cupich is still ignoring canon 915 and the guidance Ratzinger provided in the memo.

Cupich is echoing the position of now laicized and disgraced McCarrick:

I think it would be counterproductive to impose sanctions, simply because they don't change anybody's minds, but it also takes away from the fact that an elected official has to deal with the judgment seat of God, not just the judgment seat of a bishop. I think that's much more powerful.

Since 2004, Cupich has been seen breaching canon 915 in ways that have scandalized faithful Catholics. For example, on April 23, 2015 at the funeral mass for Cardinal Francis George at Holy Name Cathedral in Chicago, Cupich was seen indiscriminately giving Holy Communion to everyone, including non-Catholic then-Chicago Mayor Rahm Emanuel and then-Illinois Governor Bruce Rauner.

In an article called "The Man in the Red Hat" published on Oct. 1, 2004, Chuck Conconi quoted then-Cardinal McCarrick: "When the bishops ask you to do something ... with the government, you make sure you're on good terms with the government — with whoever's in power."

What is OK for Cupich and McCarrick was not OK for St. John Chrysostom (c. 337–407), archbishop of Constantinople.

He gave this advice to clergy about who can receive Holy Communion:

If, being conscious of grave sin in anyone, you allow that person to partake of this Table. His blood shall be required at your hands. ... Even if it is a general, or a government official — even the emperor himself! — if he comes unworthily, forbid him from receiving Communion. The authority you have is greater than his. 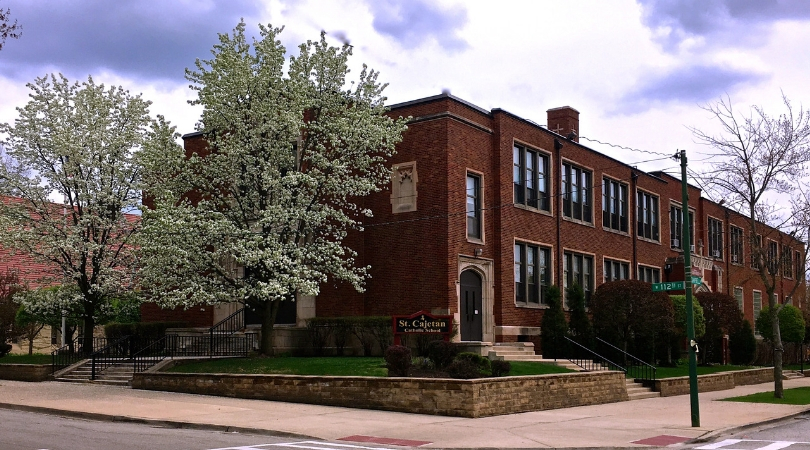 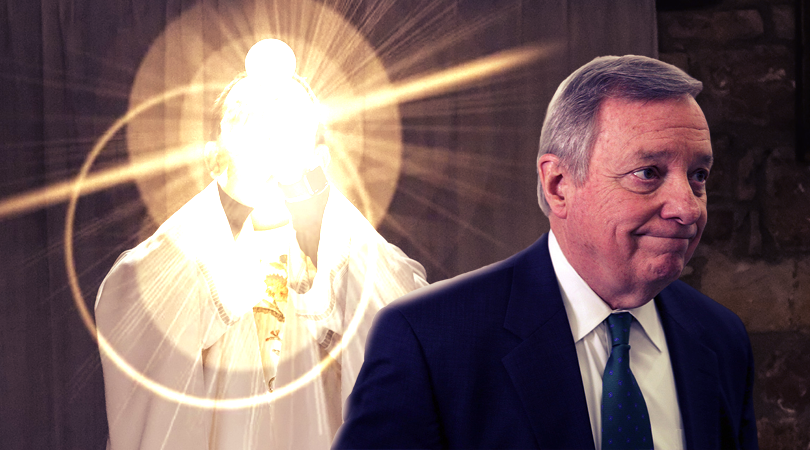