Litany of the ‘Locked Out’ 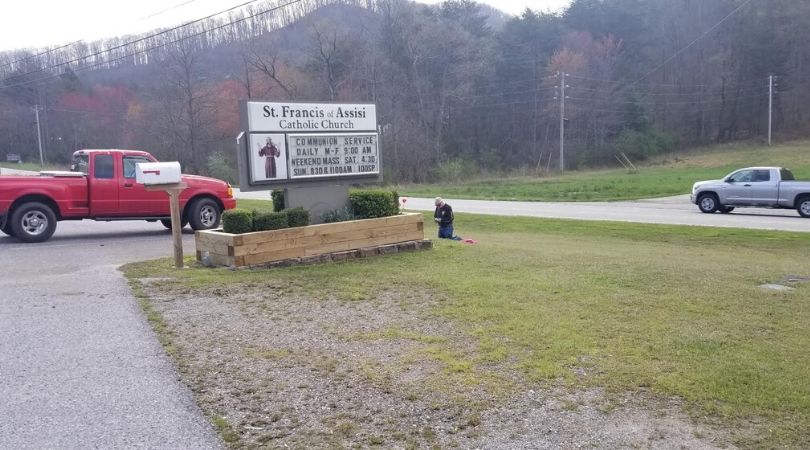 Catholics doing whatever they can

DETROIT (ChurchMilitant.com) - Owing to the Wuhan virus outbreak, Catholics are being kept from the Eucharist, sacramentally present in the tabernacles and at the Holy Sacrifice of the Mass. But, some are finding creative ways to remain faithful to Christ in what many describe as a time of desert wandering.

Murray Tarter, for example, a Catholic layman active in the Resistance movement in Georgia, contacted Church Militant this week to tell his story.

"Our Church here in Blairsville, Georgia, St. Francis of Assisi, is between priests but we have three dedicated deacons," Tarter wrote. "Up until a couple weeks ago, we had Communion services followed by adoration Monday through Friday. On Sundays we had visiting priests say Mass and sometimes confession."

But then came COVID-19. "All that has changed and we are down to daily and Sunday adoration and confession every once in a while," he lamented.

Tarter decided to go to church anyway, even though he couldn't enter inside.

"So my wife and I attend adoration and at 10 a.m. we go down to the highway beside the church building, kneel and say five decades of the Rosary," he explained.

Tarter said he hopes to inspire more parishioners to join. "It's very public," he explained.

Tarter and his wife want the world to know that Catholicism does not consist solely of private devotion lived out behind closed doors — pandemic or no pandemic.

"The point is that Catholics in general and the Resistance in particular need to call attention to the withholding of the sacraments," he said. "Saying the Rosary in a very public way ... hopefully will eventually get some attention. It's the least we can do."

In San Juan, Texas, near the southern tip of the state, Bp. Daniel Flores recently celebrated Mass within the massive Basilica of Our Lady of San Juan del Valle — with no parishioners in sight.

Bishop Flores said he wasn't aware that Mass had ever been celebrated in the basilica without a congregation of worshippers.

"There are people, and I understand it, who will weep because they cannot go to Mass," he said. However, unbeknownst to Flores, laity were in fact around, but not in the church.

A trio stood right outside the basilica that day, facing its south wall, praying the Rosary in Spanish. Another man near them knelt, hands clasped, on the pavement outside a stained glass window. At another Mass closed to parishioners, which was livestreamed on Facebook, the priest was heard praying, "Let us offer each other, wherever we are, the sign of peace."

"Vidal" from Chicago recently contacted Church Militant with another example of creative public devotion. "I wanted to share a very moving and beautiful image," he said. "The Woman's Center is a pro-life crisis pregnancy center ... [with] a chapel," he explained, "and until recent changes due to the virus [it] had perpetual adoration."

In such a sad and hungry time, I was so blessed and moved to see such a beautiful witness of faith.

"It was my intention that day (March 27) to stop inside the chapel to spend some time with Our Lord, however, the facility was closed," Vidal continued. "But in no way was my time traveling to that location wasted." He said he spotted something which he felt compelled to photograph:

Upon my arrival, I was blessed to witness two women kneeling in adoration of Our Lord just outside the window of the chapel where Our Lord was left alone inside, due to the virus restrictions. I did not dare disturb them in time of adoration. But I did take a picture with my phone. In such a sad and hungry time, I was so blessed and moved to see such a beautiful witness of faith.

In Arkansas, 5-year-old Faith Denefe of Little Rock excitedly set up for a mini "liturgy" in her home, which included a standing crucifix on the table, pillows on the floor for kneelers, and a picture of Jesus she had brought from her bedroom — all her idea, said her mom Samantha.

The family of four, including dad Matt and son Eli, 2, settled in to share the day's Scripture readings with the lights turned low and candles lit. Mom and dad played music and the kids sang the responsorial psalm — "much louder than they do at church!" Samantha said.

Matt read the Gospel and they prayed a prayer for spiritual Communion. "We said, 'Amen' and blew out the candles," she said. The parents later listened to a homily by Bp. Robert Barron. It wasn't the same, but as little Faith told her mother, "church [at home] is pretty cool."

"I'm definitely upset not to have the Eucharist," said Samantha, who is uniquely aware of the need to slow the virus, being pregnant and her husband an emergency room doctor in residency. "I think some things you can do is make sure Church and the Eucharist is still the center of your life … just because you can't go and receive doesn't mean you can't have that conversation with your kids."

Some Catholics are still taking their prayer to the "Calvary" of abortion mills in this time of pandemic distancing. Some states see the killing of the unborn as "essential health care," even as they shut down sacred church buildings.

In Greensboro, North Carolina, four men from a group called Love Life were recently praying peacefully in front of a killing center when they were arrested for violating a stay-at-home order.

Catholics may be locked out of their churches, but the Church is not locked out of faithful Catholics. The Bride of Christ is determined to live faithfully until She can once again be sacramentally united to her divine Bridegroom in the intimacy of Mass and Holy Communion. 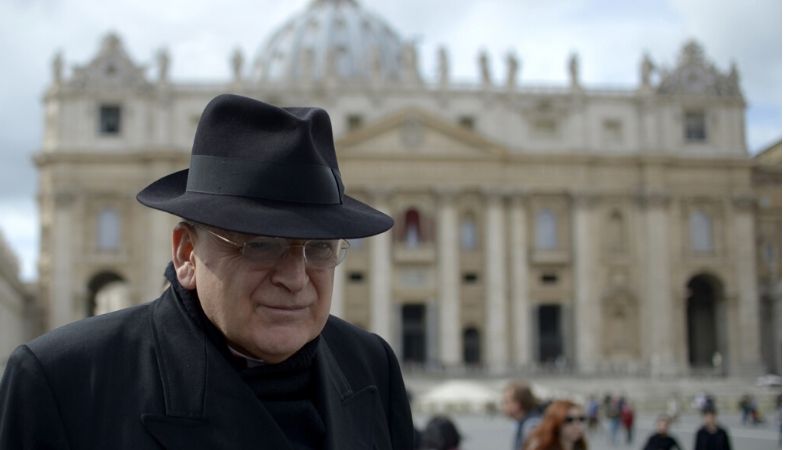