'Christians get it the worst'

NEW YORK (ChurchMilitant.com) - As looting, arson and assault swept New York last Saturday, pro-lifers Bevelyn Beatty and Edmee Chavannes were arrested for praying for the lives of human beings like George Floyd in front of a Manhattan Planned Parenthood abortuary.

As they often do, Beatty and Chavannes went to pray and sidewalk counsel at the Margaret Sanger Center Planned Parenthood on Bleecker Street. Realizing the brutal violence against preborn children that abortion is, they went in hopes of intervening and saving innocents.

The police showed up and asked if they had masks, and informed them of Mayor Bill de Blasio's executive order. But when the women asked them to produce the order for them to read, it didn't happen.

Beatty was in no mood to be subservient. "When the police come I have to stand. It's about the police and how they violate their authority," she said in her live blog on Facebook.

What she was doing was peacefully protesting the killing of countless babies and offering assistance and hope for the babies' mothers who enter Planned Parenthood — all while following sidewalk regulations and social distancing.

I have not been so harassed by the police until I started doing this! Christians get it the worst!

Beatty called it ironic that while the country has been publicly protesting non-stop for the past several days, she and Chavannes were arrested for illegally protesting. Apparently it's not okay to protest unless the killing is politically incorrect killing. "We have the right to be here," she shouted at the police. "Come on! They're killing Floyds in here right now!"

"Arrest the abortionists, they're in the building!" Chavannes is heard shouting in the background. Mentioning that she has been unable to find a public restroom, she said, "I can't find a bathroom in all of New York City ... but I can go here to kill my baby? Sick!"

As women walk by to enter the abortion facility, Beatty is heard saying, "You don't have to be here, sister. We can give you information to help you."

"How can this be?" Chavannes repeated. "Churches are closed in New York City but this place is open!"

New York's new bail reform law had been in effect for a mere three months when the state legislature amended it in early April to allow for more cases to set bail. Beatty took to social media the same day she was arrested.

"Thank you guys for all the prayers and all the encouragement that you sent!" she wrote. "It's good to know we have loyal people when we're going through a hard time. We have been released from jail and now I have a court date in September. Keep us in prayer and again thank you for all your support!"

Woe to those who call evil good and good evil.

One blogger saw the irony of it all. "All that protesting, burning buildings, stealing — nobody's been arrested. But your protesting [is] not bothering anybody and they arrest her. Shame on them," she wrote.

"Woe to those who call evil good and good evil," wrote another.

While it is illegal to block the entry of abortion businesses in New York, neither woman was doing this. Beatty said they weren't even protesting or picketing, but were simply counseling women.

"We've been at that clinic for a while standing for children's lives and bringing the gospel to these women because they need help just as well as the babies," she said. "And we feel COVID has been used strategically to push a bias against abolitionists. We're pro-life but we're abolitionists."

We feel like it's just another reason Mayor de Blasio and Gov. Cuomo can just push this agenda because the reality is this: How is abortion essential? How are stores closing and we can't have Red Lobster and we can't go to church or fellowship but you can still go and kill a baby?

Church Militant has reported on the states that have banned abortions as "nonessential" in the midst of the Wuhan pandemic shutdowns.

Other stories have shared the courage of those who have followed their conscience in praying in front of the killing centers, despite being arrested. 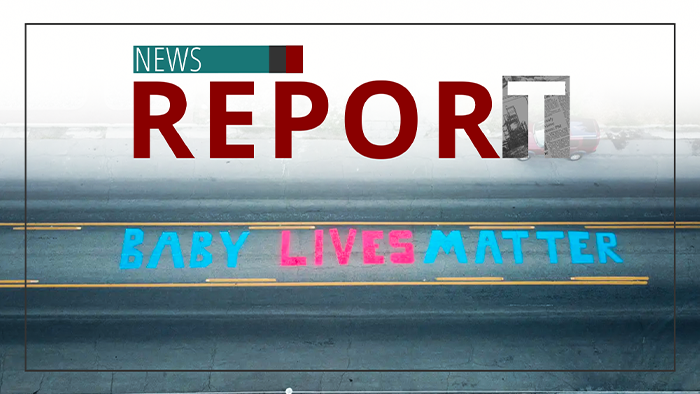